One of the many things that makes us women unique is our hair! It's versatile in texture, style and color and we can switch it up from day to day. It doesn't matter our ethnic background or our hair texture - our hair stays on point.

As our hair techniques continue to evolve, one option that seems to level up year after year are wigs.

Gone are the days when we had only two choices: a long and straight wig or a short, flat, one-dimensional wig. Many times, pop culture has served us the  latest wig trends, not the local hair store. Our favorite celebs have given us some legendary wig looks. While some were fads, others have lasted the test of time. Whether you were flapping your wings with Patti LaBelle or Rollin On A River with Tina Turner, there was a memorable wig for each of these moments in time.

Let's take a trip down memory lane and look at some of the most iconic wigs in pop culture. 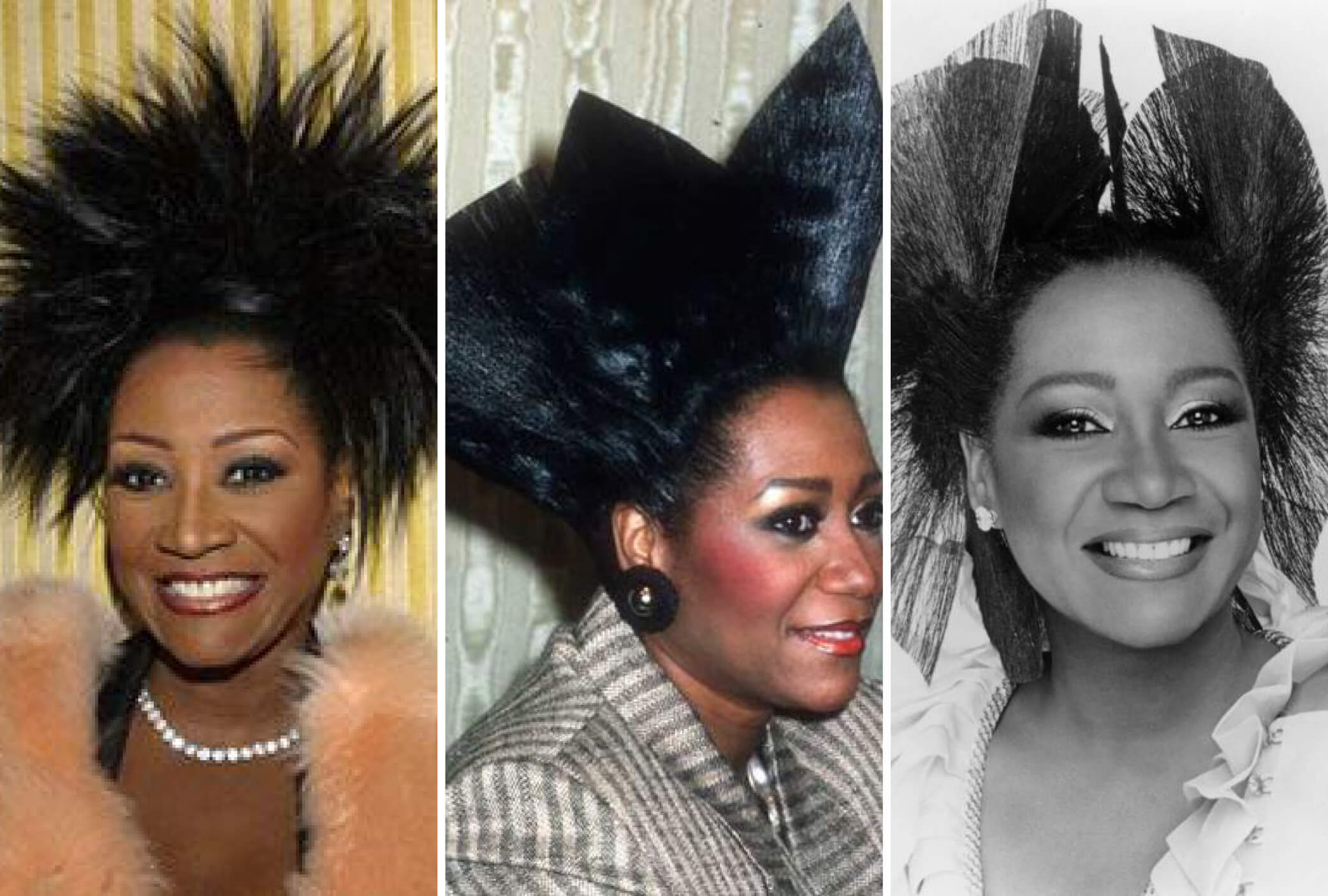 The original GaGa, Patti Labelle is known for her boisterous voice and even crazier hair and fashions.  You can’t tell me she isn't single-handedly responsible for the crazy, spiked, tall wigs you've seen at the Bronner Brothers hair show. This aerodynamic look is one of the many she’s most known and loved for.  How was this wig was able to be manipulated in the way it was? And ow did it last so long? How much hairspray was used? And how many times did a hot comb run through her hair to achieve this look? So. Many. Questions. 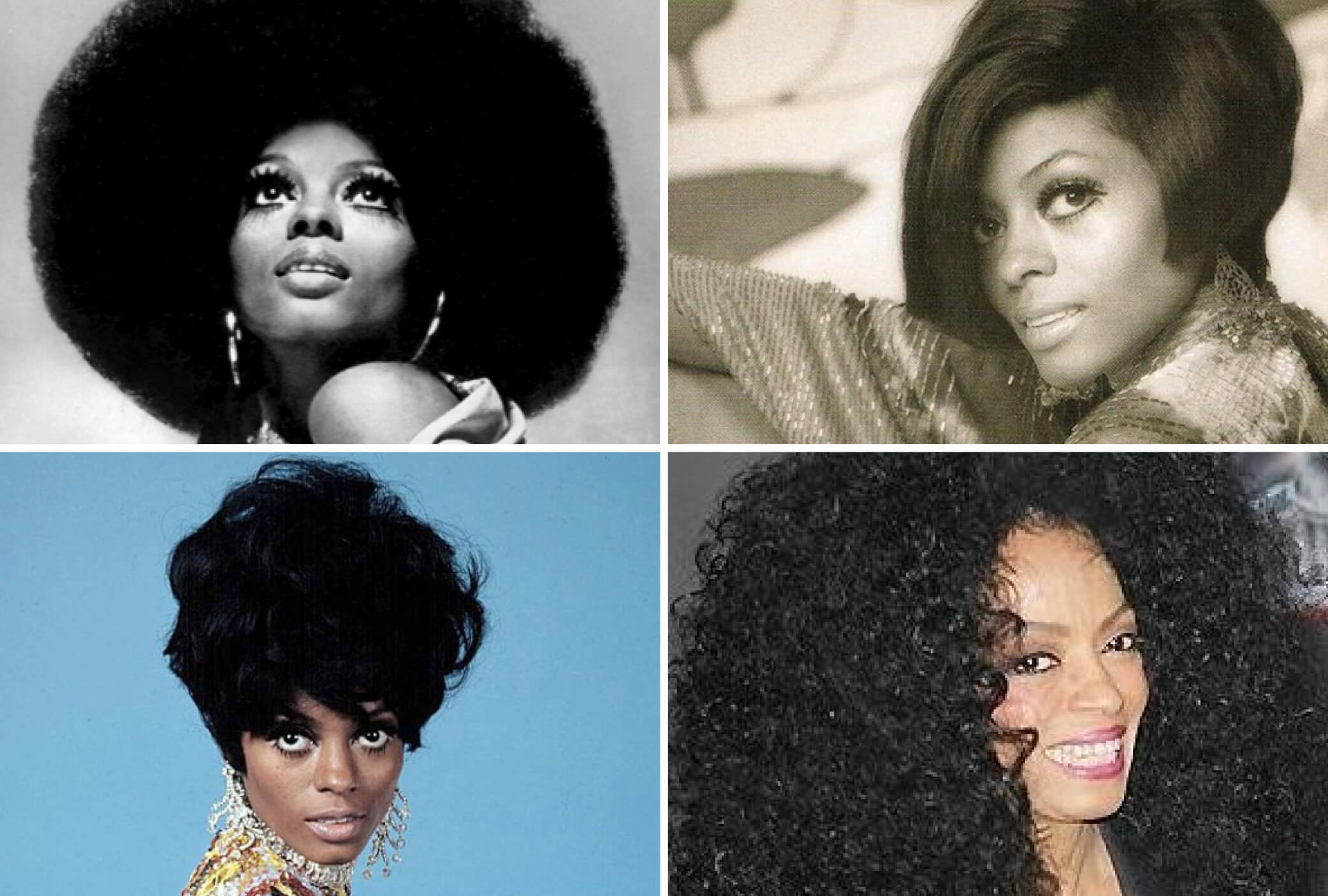 Ms. Ross the Boss. Who doesn’t love Diana?! From her short asymmetrical bobs, low cut wigs, a statement-making afro, or her infamous,big curly wigs, Ms. Ross has given us much hair inspiration to pick from and looked glamorous regardless of which wig she wore. 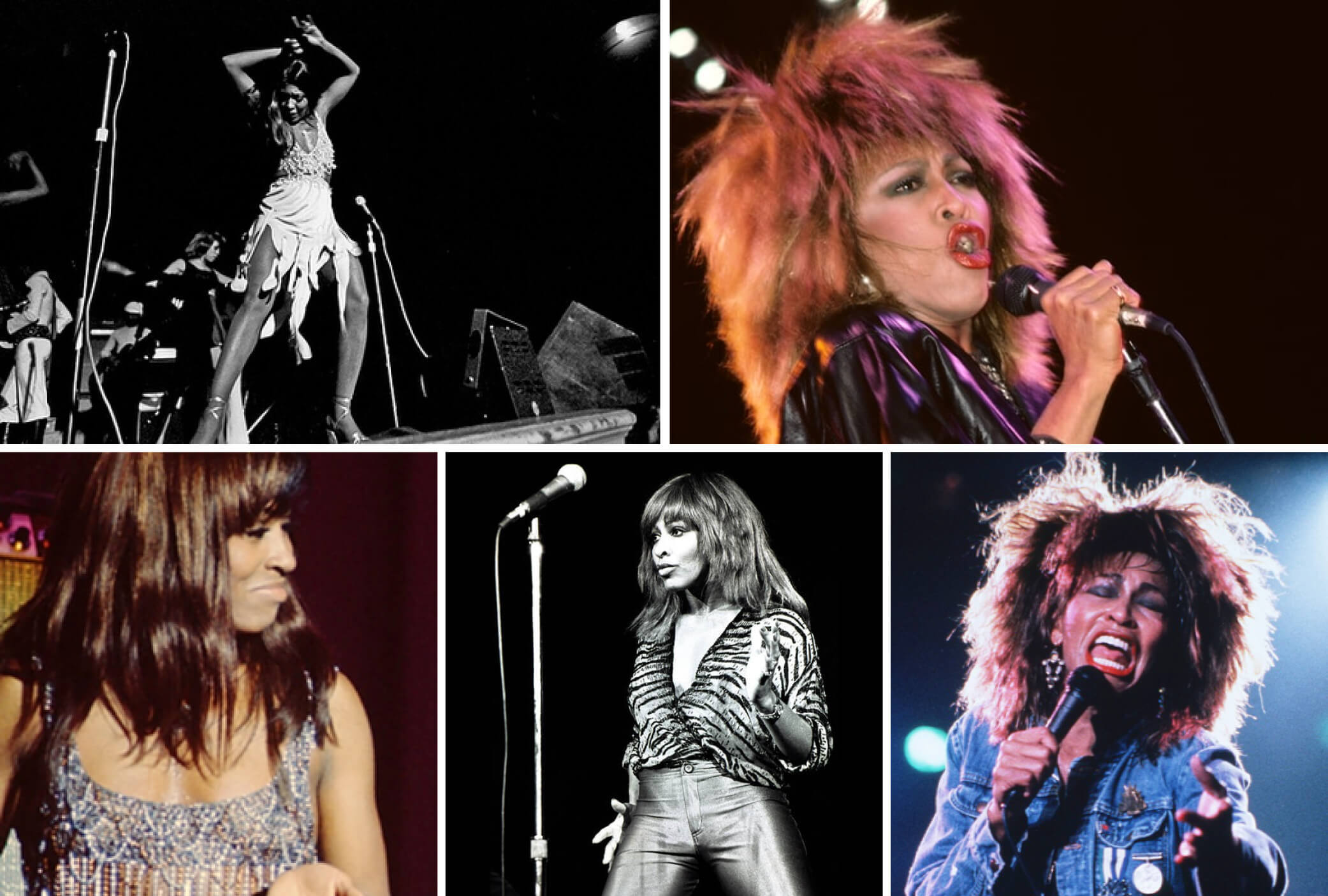 Remember that scene from What’s Love Got to Do With It where Tina Turner’s hair fell out from her stylist keeping hair dye in too long and she surprised Ike on stage with a wig? Well I’m not sure if that’s scene was true to life, but whether it was or was not, it surely did the trick! Tina’s wigs made her performances even better, especially when she swung her head in various directions during her rendition of Proud Mary. Can you say hair-o-logy? From long with bangs to a mullet that resembled a rock star, she had a wig to match any song or mood. 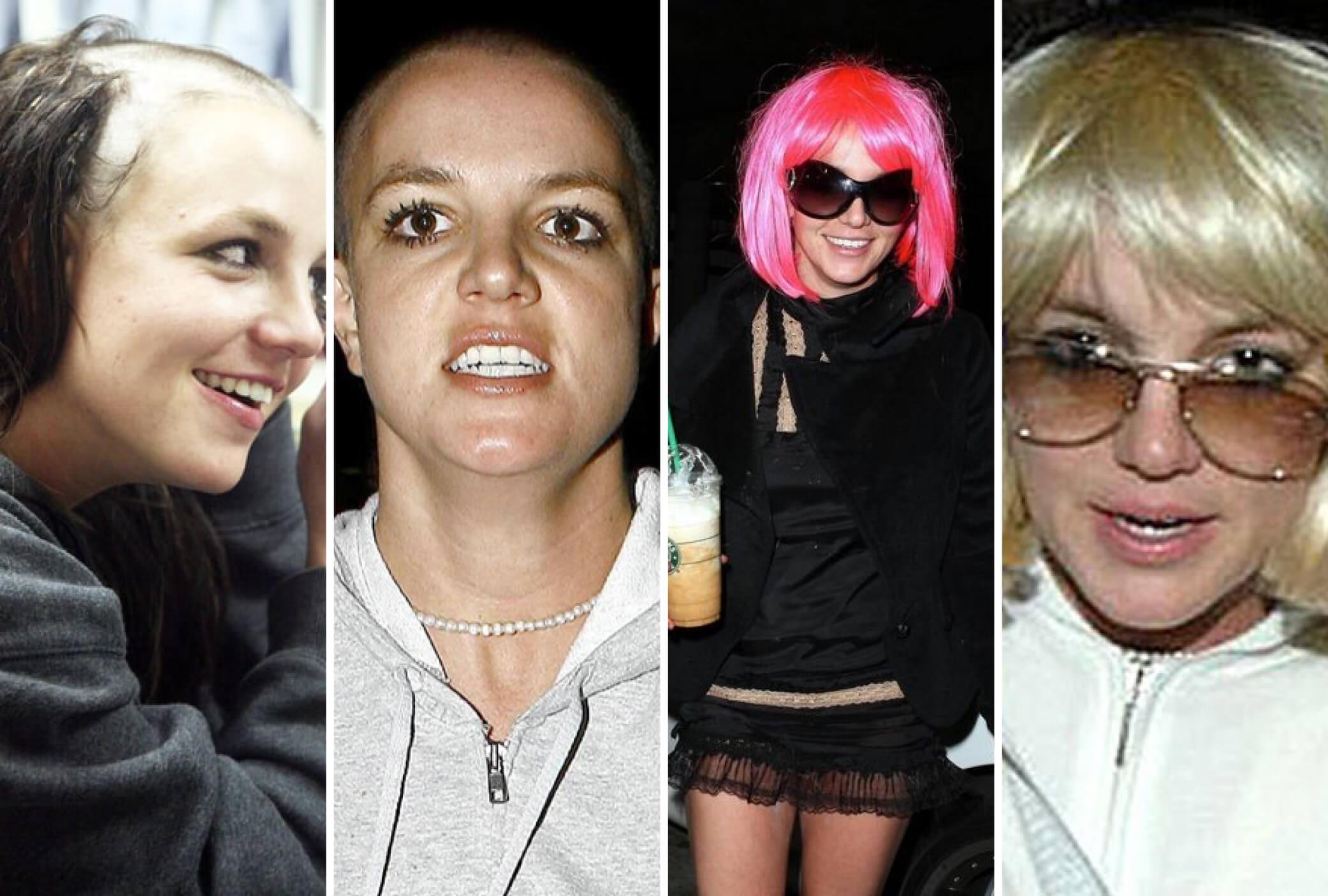 There’s a meme in circulation that references the pop princess’ shocking 2007 moment of paparazzi catching her smashing a car window in a sweatshirt and freshly shaved head. It reads, “If Britney survived 2007, then you can handle today.” Sis was clearly going through something, and her eror getting rid of her hair during a time of distress proved just how human she is. That moment is her most referenced “hair” moment, and ironically enough she was bald. Soon after, she was spotted resembling a Powerpuff Girl with a pink wig. Next, she wore a blonde 1960’s wig, and TMZ had a field day. Thankfully, after a little emotional rehab, her career, and hairmade a huge comeback. 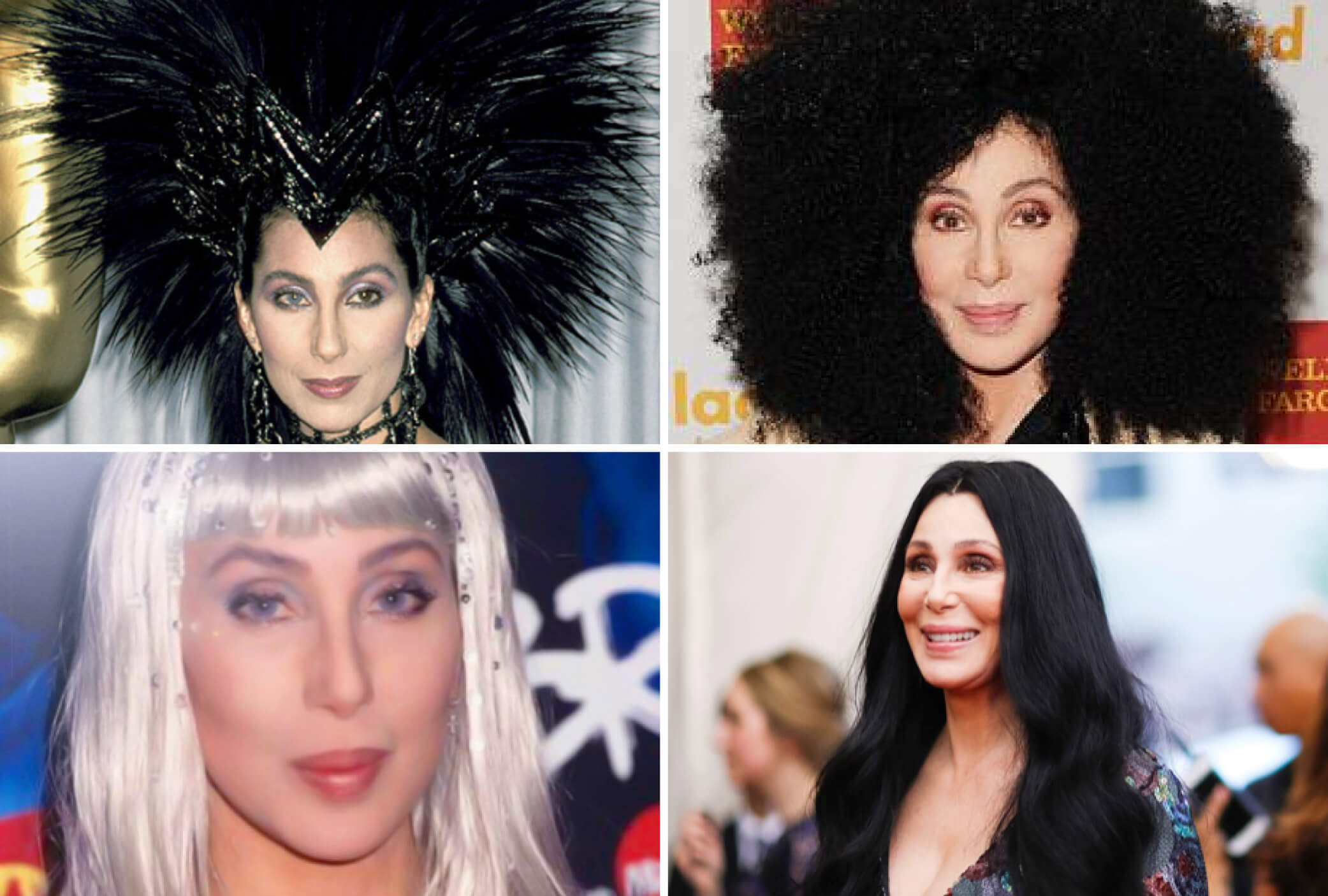 Cher embodies all things glam. Her long, dark hair brings out her features in the most stunning way. All of her looks always complemented her high cheekbones and gray-tinted eyes. Not too many women with her skin tone can pull off such a look as flawlessly as she does. But Cher, like Patti LaBelle who I highlighted earlier, is a natural performer from the inside out. Her hair is central to her performances and persona, and she has always given us some to-die-for wig looks! She’s pulled off everything from an afro, to her long Woodstock-era wig, dramatic spikes, and of course, a blonde look or two. She’s killed each and every look she’s gone for and has inspired women’s hairstyles for generations to come. 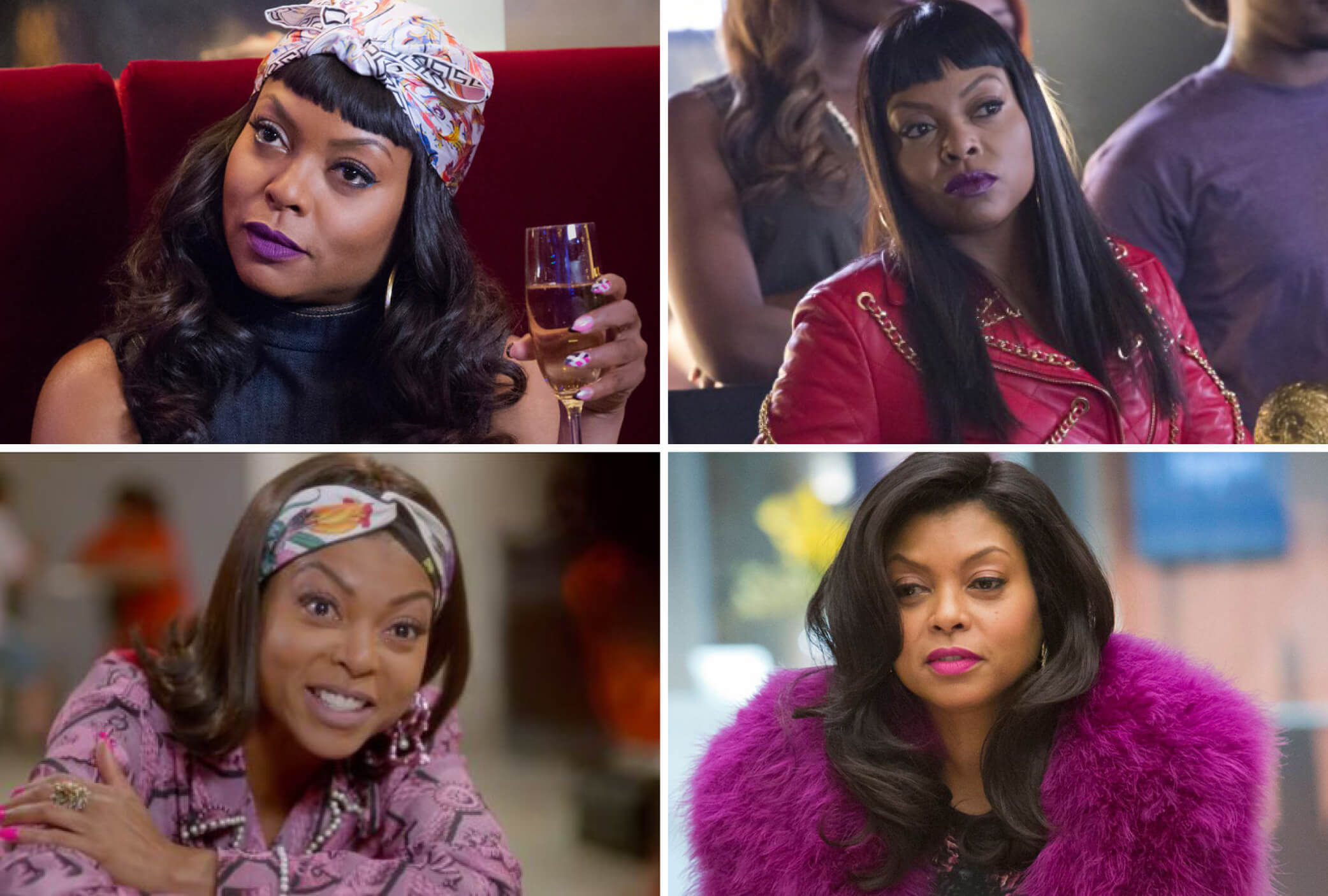 Cookie Lyon represents all things black girl magic in television today. From her non-filtered wit to her hair and fashion sense, she is a cultural phenomenon. Fans tune in to see what hair and fashions she’ll surprise us with week to week. Due to her character being incarcerated and out of touch with the outside world for so long, Cookie’s wigs vary in style almost weekly. One week she’s giving us a wig straight out of the Blaxploitation era and the next she’s rocking a Salt-N-Pepa inspired bob only to change into a modern lace front the week after. Never one to bore us with hair, the color and lengths of her wigs change from week to week and she keeps us wanting more. 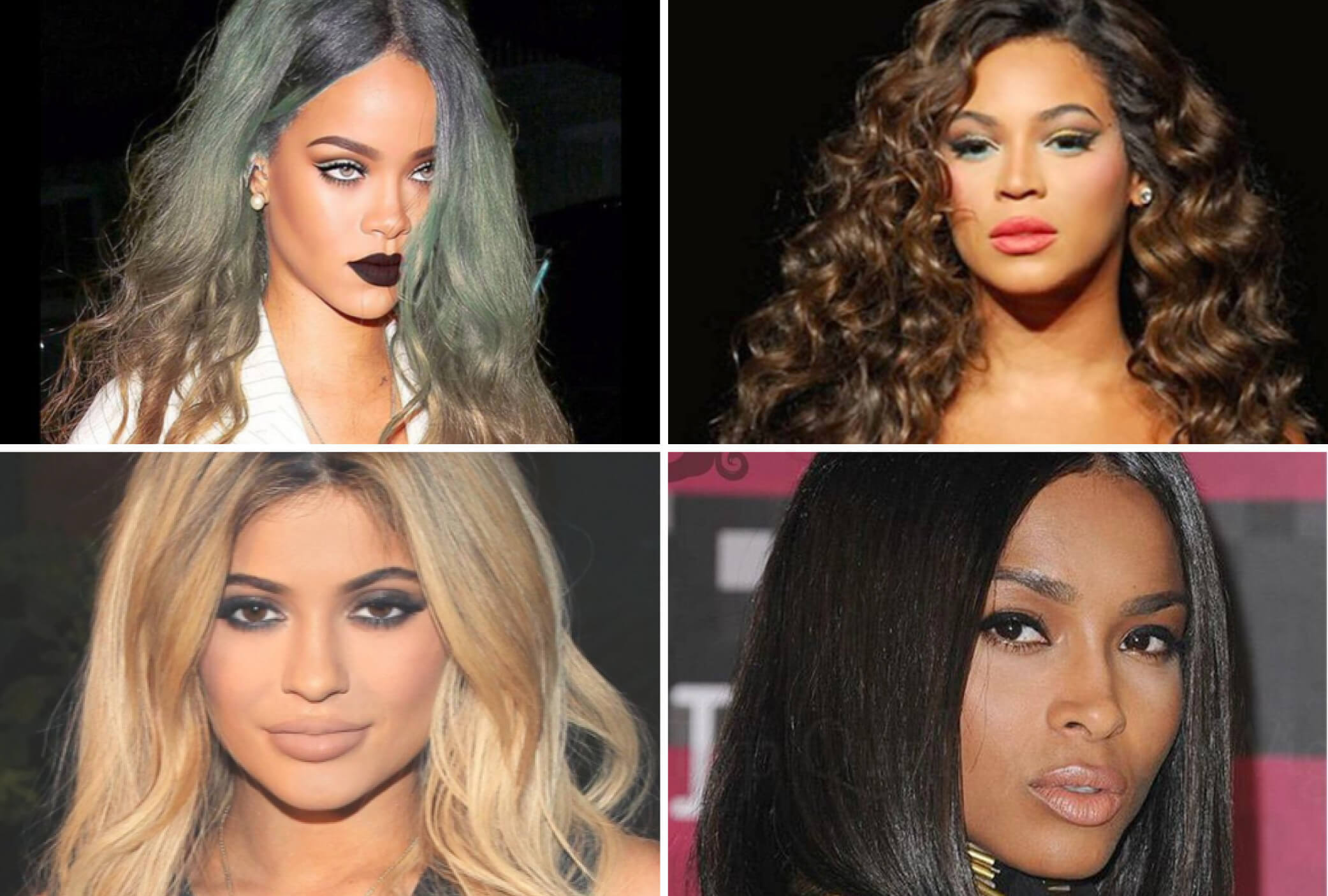 The Millennial and the lace front...they’ve taken over and are here to stay! Our current favorite celebs pull this look off effortlessly, now, it's trickling down to everyday girls strutting the streets with flawless installs. What used to be obvious, lace fronts are looking slayed to the point that it’s hard to tell who’s natural and who’s not. Some celebs keep it simple and chic for the red carpet, while others go for the wow or surprise factor and wear it as part of a performance costume.

These are just some of my favorite iconic wigs throughout the years. What are some of your favorite styles from the celebs who wear them? Let us know and wig out!

PS - Shopping around for wigs? We got you! Shop Mayvenn's new line of 360 and lace frontal wigs for the ultimate switch-up!

It’s that time of year again! The time when you look to your fave celebs for costume inspiration. Whether it’s their love for wigs or bedazzled bodysuits, artists 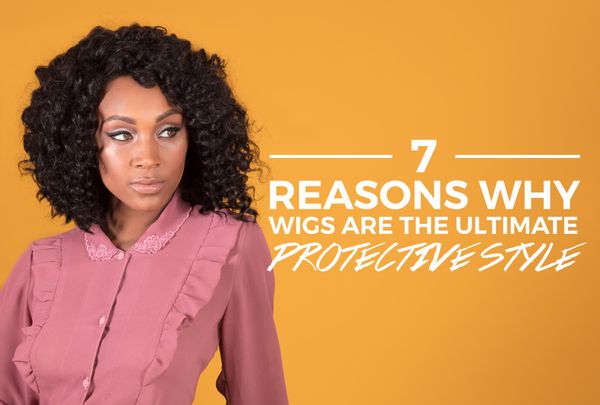