2020 has been a hot a** mess. What started off as the ultimate turn up to celebrate the final year of my 20s turned into a world pandemic coupled with national racial divide and my mental health being tested in ways I never imagined.

I had seven major vacations planned for the year, along with other excursions such as concerts and wine festivals. But thanks to COVID-19 and the worldwide shut down as a result, all of my plans were cancelled by mid-March.

Spending so much time in the house wasn’t as bad, but considering the lockdown restrictions, my hair suffered. Due to family drama at the top of the year and the burden I felt as a result, I did the big chop in early February before getting faux loc extensions. Letting my hair go and starting over was freeing and I began to realize how much of life’s stresses I tend to carry in my hair.

Though my hair has always been thick and relatively long, I felt my hair had negative energy attached to it due to the mental stress I was dealing with, which led to me cut it. Flash forward nine months later, my hair has grown back longer than before and is healthier than ever from the outside, but more mental anguish has me thinking it’s time for a change.

I’ve been addicted to faux locs for some time now and get them at least four times a year. Each time, I love them more and thanks to my amazing stylist, they always look natural. She loc’d her hair after the birth of her son and seemed to transform into a new woman instantly. Another close friend of mine did the same about a year and a half ago, and her locs are growing beautifully. She also has a different confidence about her now, as well as a tangible natural glow.

I interviewed both friends months ago about their loc journey and had the inkling to loc my hair but was scared to take the next step. My fear came mainly because of the versatility I have with weaving and braiding, but luckily, my stylist is able to do all styles on women even if they have locs. Knowing such has only made me more inclined to loc my hair.

In recent months, my life just seemed to unravel even more. I am currently transitioning from a long-term relationship with my childhood love and best friend (13 years of a relationship) and am emotionally trying to process the end of the only romantic relationship I’ve had in 29 years. My career is popping with writing full time and freelancing and I am finally putting myself first, but I still feel like there’s one little umph missing.

I’m turning 30 in less than 2 months and spoke to women who’ve loc’d their hair, and they all agree that such a milestone is the tipping point for such a change. For most, locs represent the shedding of one idea of beauty to embrace another - something more natural. The analogy I think of is letting go of trying to control one’s life and allowing God or the universe to do its work. I’m ready for the final piece of change and believe that locing my hair will give me the solidified boost I am seeking.

So within the next few weeks, I’ll be giving Lisa Bonet a run for her money as I embark on this loc journey. I am ready for all that’s to come with it. Yes, I’ll still weave, braid, and crochet from time to time, but underneath it all will be a loc’d queen.

It's fair to say, COVID will be with us for some time, even with the promise of a vaccine now fully realized. Back in March, when the pandemic broke out, 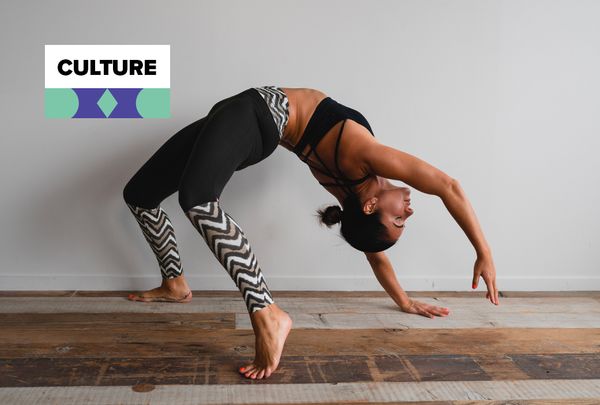 One of the many lessons we've learned from the past year is that we desperately need ways to destress. It's been a relentless time. Between COVID-19, social upheaval, election drama,