When it comes to iconic looks in black fashion and hair, films have served as inspiration since the very beginning. Hattie McDaniels gave us the slicked back bun while Dorothy Dandridge gave us the pin curl. As these esteemed actresses paved the way for simple elegance and glamour, young women all over the world took note as history was being made. Because of the Cicely Tysons and Pam Griers, modern-day queens, like the stars of the movie Girls Trip, Queen Latifah, Jada Pinkett-Smith, Regina Hall & Tiffany Haddish, can pay homage to black womanhood by embracing their culture and beauty. The ladies certainly set it off for the summer! *Girls Trip *broke the R-rated comedy curse by pulling in ver 30 million in it's opening weekend.  Let’s take a closer look at how this killer cast slayed every texture and trend.

Starting with the legends, Jada Pinkett-Smith & Queen Latifah have blessed us with everything from the short pixie cut to a honey-toned fresh press. 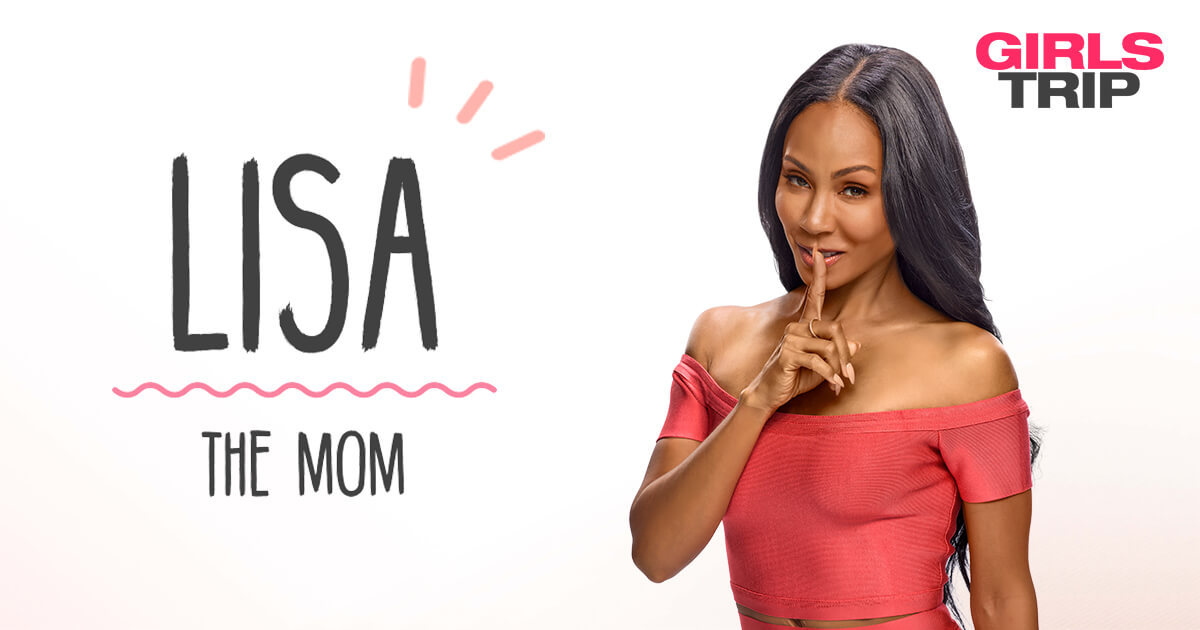 Pinkett-Smith stars as Lisa “The Mom” in the box office breakout where she takes the weekend to forget about details and schedules and embraces “Homecoming Lisa” instead; the fun loving, free balling girl of her college days. With wispy bangs and long, dark, straight locks, Lisa transforms the practical do to the perfect face-framing look to catch the eye of a beautiful, young man about twenty years her junior. 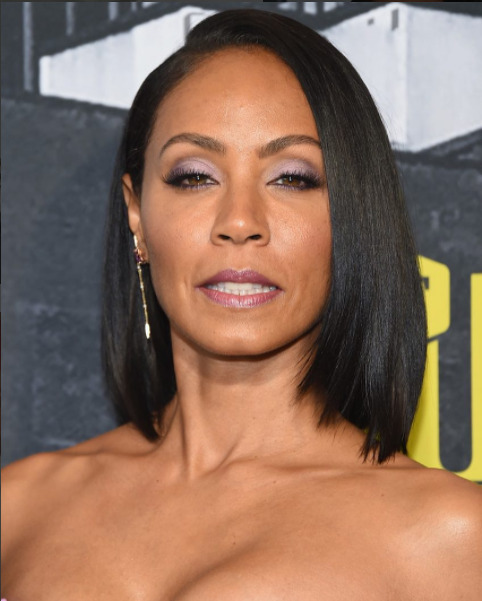 The look has been a go-to for many of us through long semesters and/or late nights. It can be achieved with Mayvenn’s Peruvian Straight between 18 and 22” depending upon your height. Add this to our fierce fairy-sized auntie’s list of well-played roles that we'll never forget. 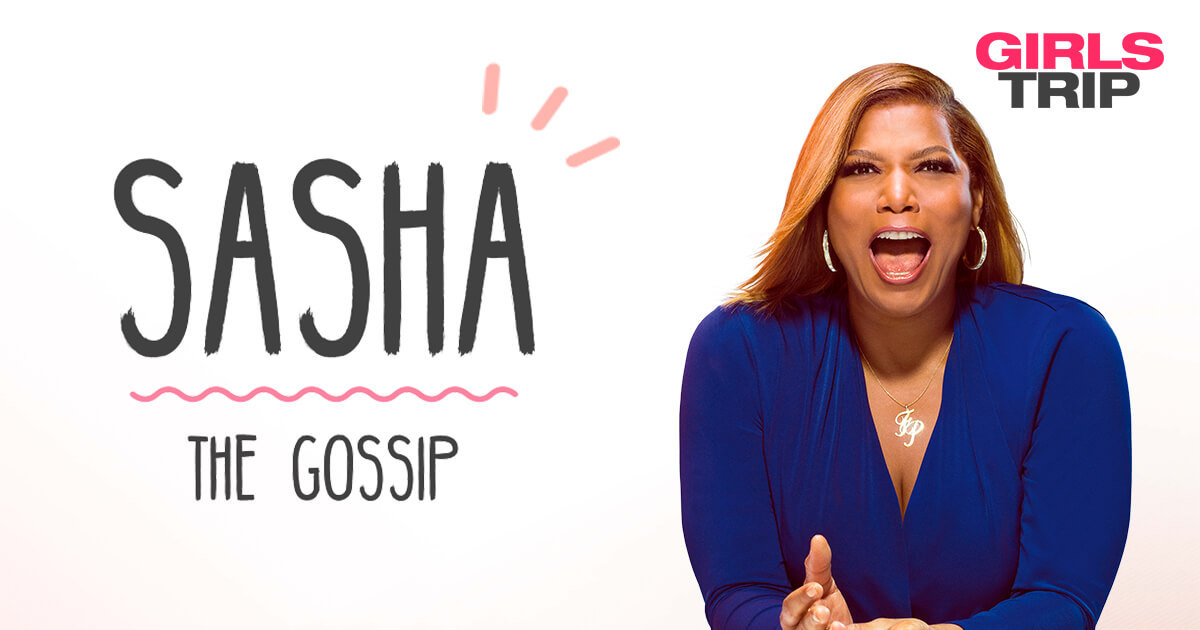 On the same unforgettable note, the Queen gave us up-do slayage with her pompadours and sassy ponytails. Sasha, “The Gossip”, takes her journalism dreams into her own hands and becomes the columnist who is only a scandal away from the big break that’ll pay her past-due bills. 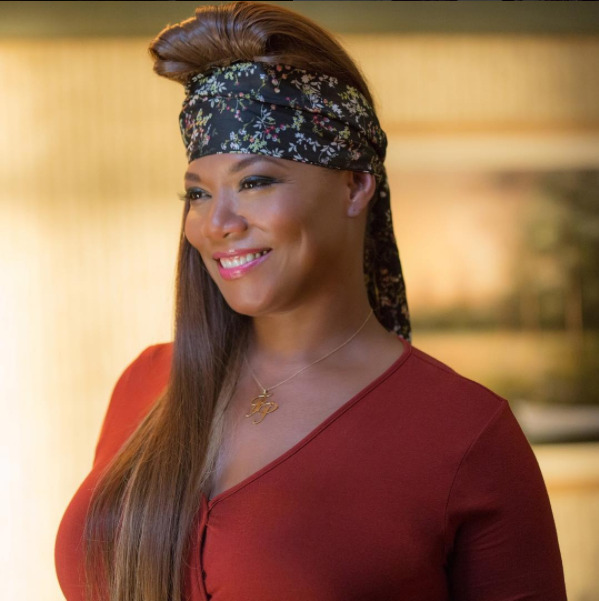 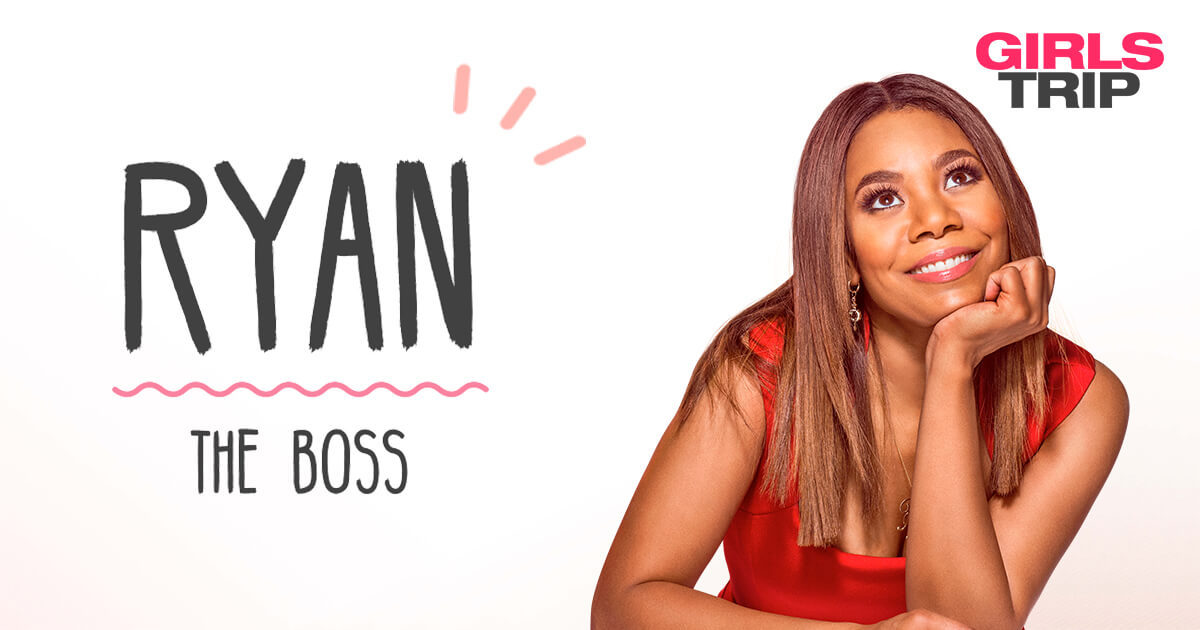 Speaking of perfection, Regina Hall takes on the role of Ryan, “The Boss”, a successful author and soon-to-be talk show host. She works hard and plays hard in a blunt cut, medium length bob that says I'm relatable, but I handle business. A middle part along with a few faint streaks go on to compliment her electric smile. Even the juiciest drama couldn't distract Ryan from creating a weekend for her girls that'll be one for the books. 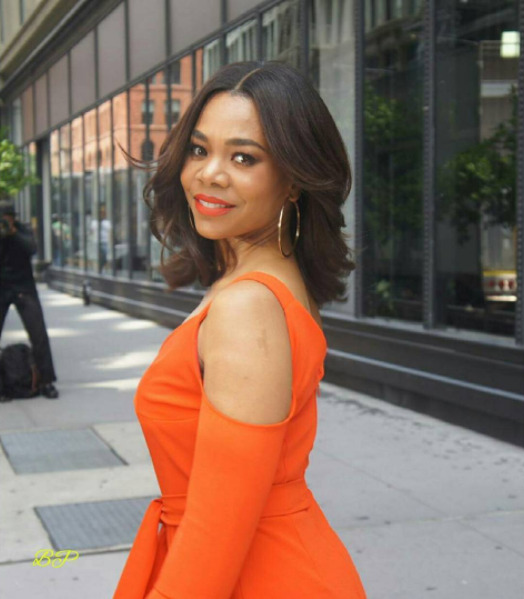 She surpasses all limitations with a look that can be replicated with Mayvenn's Indian straight extensions. With a close knit group of sister-friends, a faithful agent and charm to match her smarts, Ryan champions every battle while looking like a million bucks. 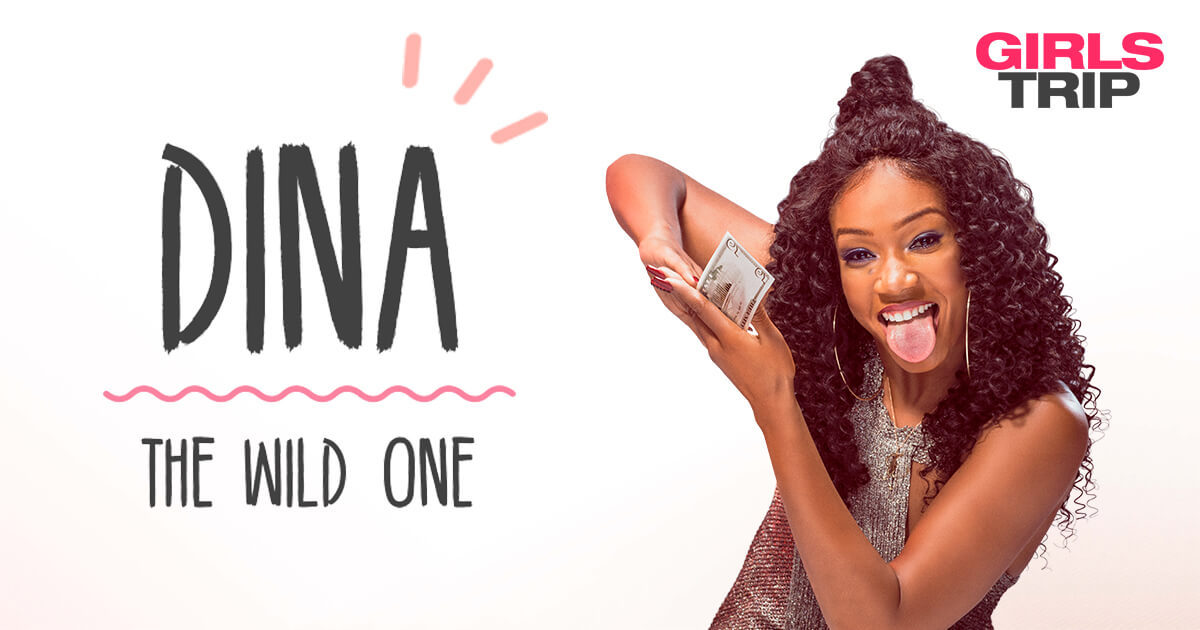 Last but not least, Tiffany Haddish seals the deal as Dina, “The Wild One”. Dina was certainly The Wild Card that handled loose ends and got the party started. She’s the friend that’ll pray with you on the way to the barhop. Haddish rocked versatile curls that she paired with several styles starting with a a crown braid and ending with a pompadour similar to that of the Queen. She gave us rambunctious, flirty fun with a style that fits the party scene while also basking in the big, beautiful boldness that is black hair. Together, the dynamic quartet cast an absinthe-infused spell with their #blackgirlmagic. And at the end of the night, they even made sure to put on their bonnets and wraps! We are eternally grateful for the laughs, inspo and representation. 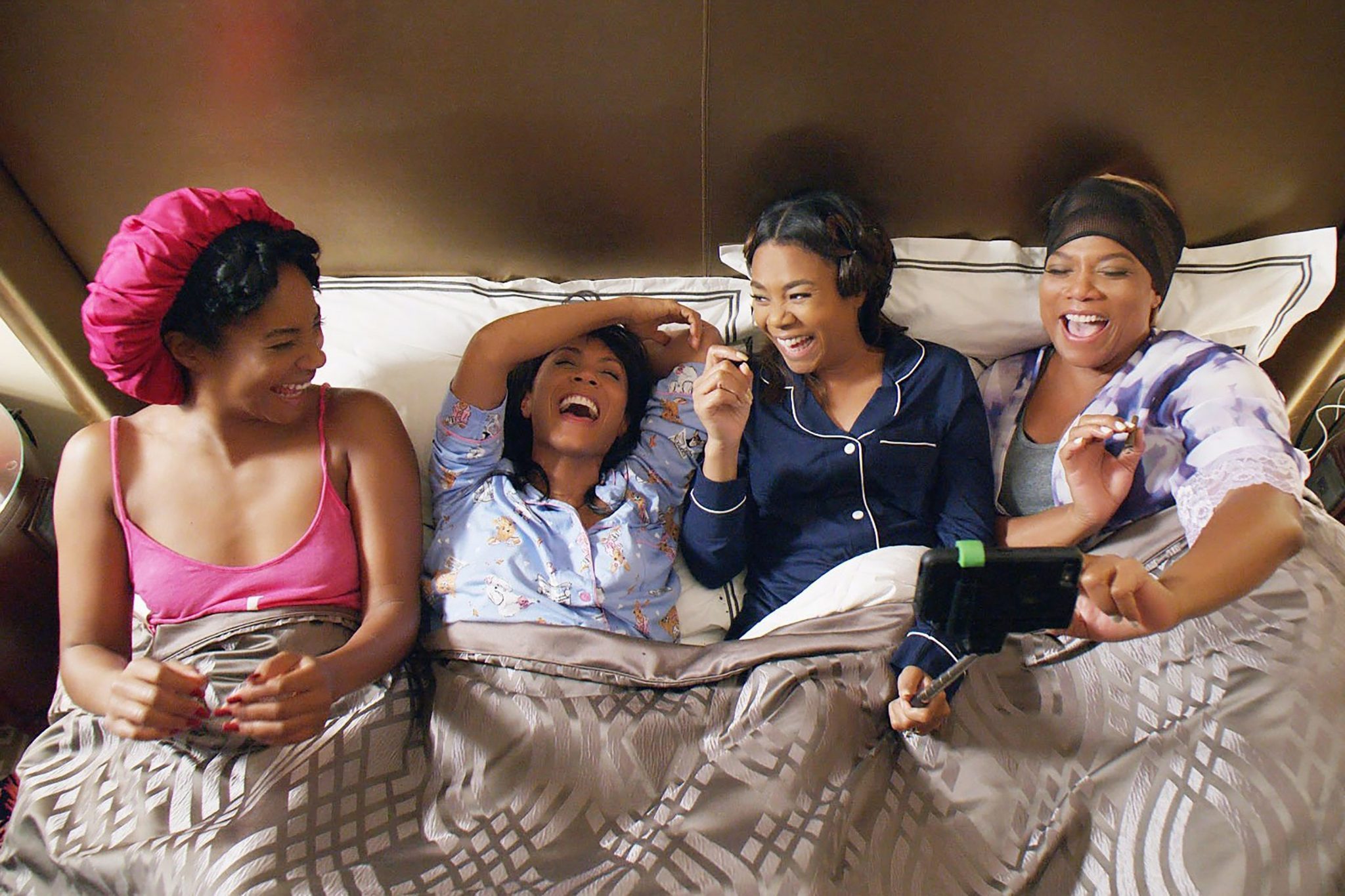 Did you get to see Girls Trip? Were you a fan of the Girls Trip hair? Let us know in the comments!

One of the most popular Mayvenn hair textures is our deep wave hair--and for good reason. It's reigns supreme in versatility and can go from smooth curls to kinky, full 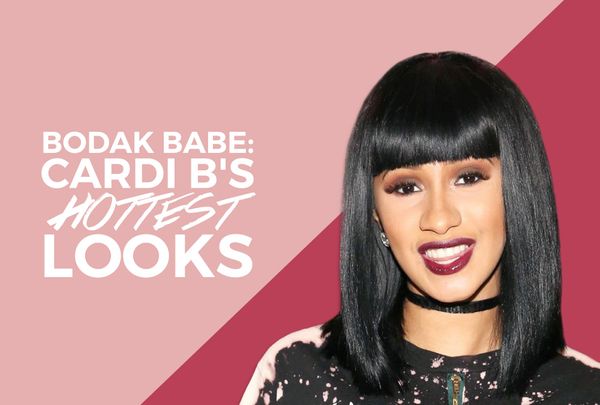 Cardi B.’s infamous humor and no bullshit attitude caught our attention when she appeared on VH1’s* Love and Hip Hop New York*  season six trailer. In the trailer,