I have a dream to slay the civil rights and fashion scenes like Coretta Scott King did back in the day!

As we approach the celebration of Dr. King’s birthday and achievements, let us also celebrate his wife: Coretta Scott King. Coretta was a leader in advocacy and fashion. Her passion for social justice and civil rights mirrored that of Dr. King, as she mothered four children.

I'm addressing Mrs. King as Coretta out of endearment and awe; she was more than the partner of a historical figure, she was a force. As a nod to her legacy in both social activism and black beauty, let’s take a look back at some of her most iconic hair moments throughout the years.

All about the fine details, hair of the 60’s and 70’s was immaculate. The perfect placement of a loose tendril or hairpin was essential to the overall look. From coiffed waves, to pin curls, and beehive volume--creative hairstyles were countless. Coretta captured the essence of each decade and with class. 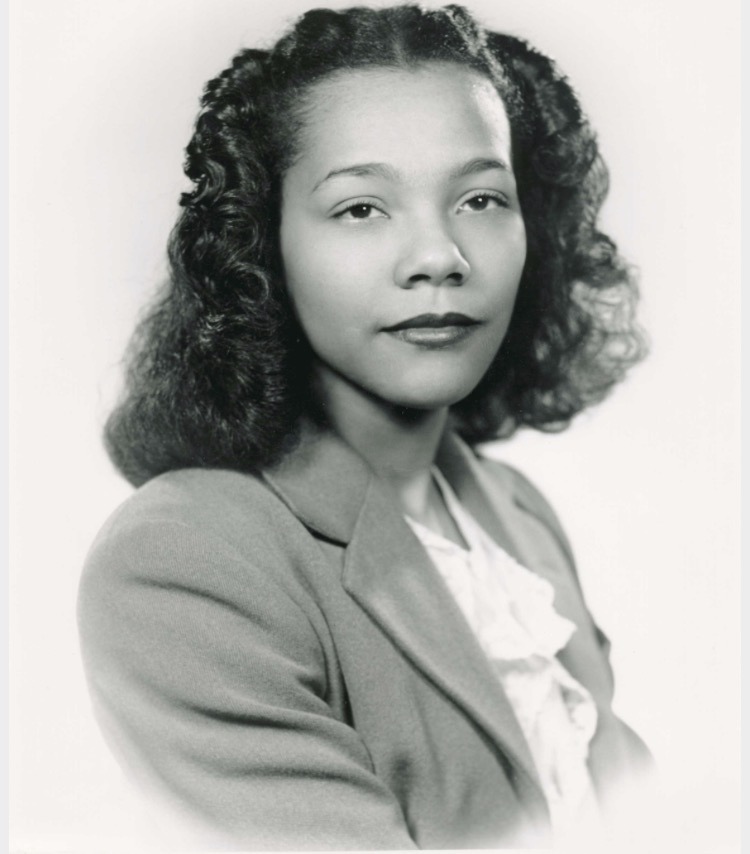 In what looks to be a photo capturing the end of her teenage years, Coretta highlights the symmetry of her face with a middle part and pinned twists. The rest of her hair flows down to her shoulders in fluffy ringlets, exhibiting an effortless elegance. Her confident, yet demure expression complements the look and reminds us of at least one reason why she was the twinkle of Dr. King’s eye. 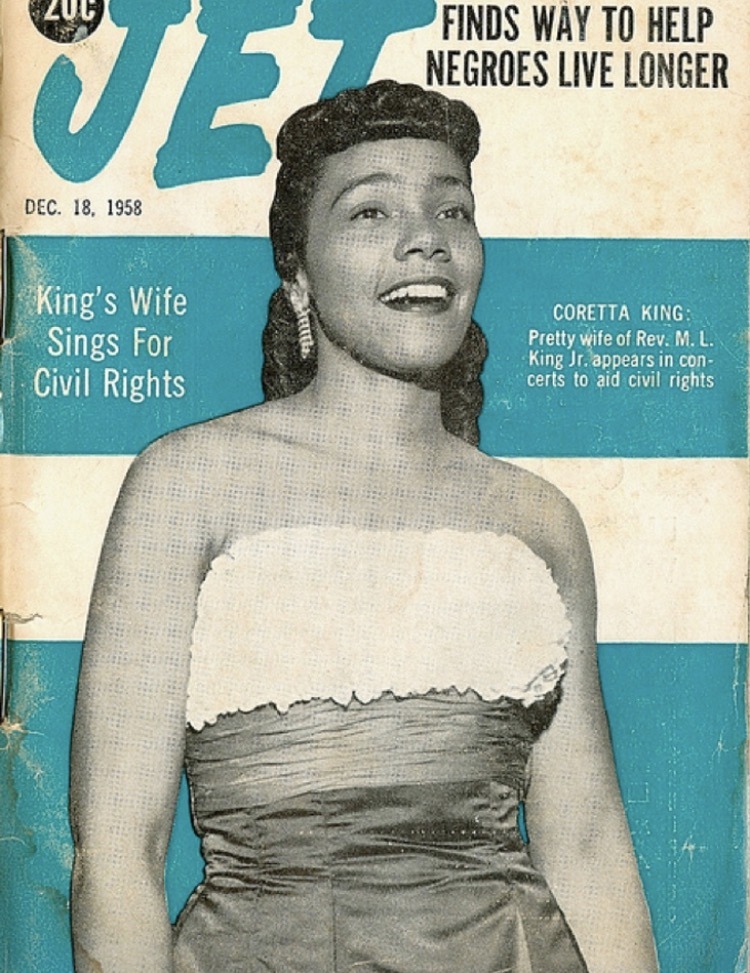 In her magazine cover debut on Jet Magazine’s December 1958 issue, she rocked her signature pinned bang look in a half-up-half-down style . The style seen here was popular amongst many young black women of her era, serving regal simplicity. 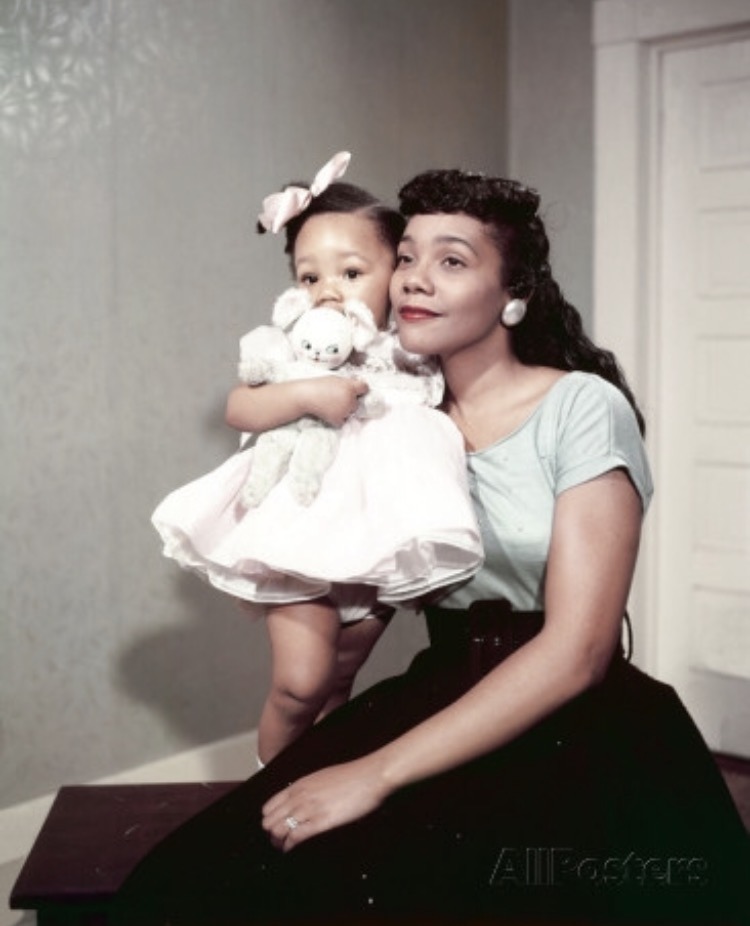 Shown here with her first daughter, Yolanda, Coretta rocks a look similar to that of her magazine cover debut on Jet’s December 1958 Issue. The half-down looks to be a bit longer than in the last photo. While we're not sure whether Coretta wore extensions, let's just say that if this was the case, she only knew and wore top notch quality. 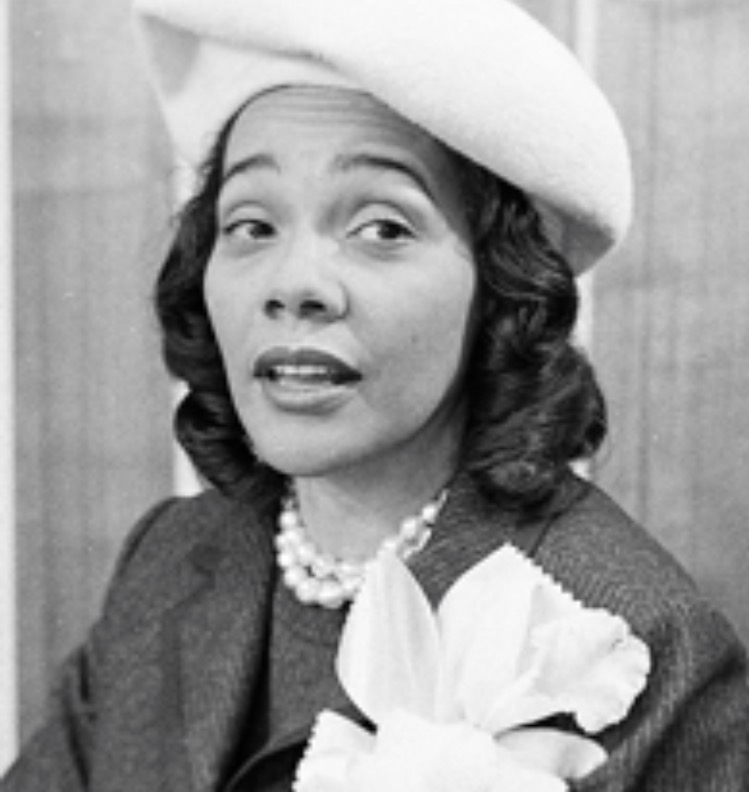 Serving French realness and church royalty in an adorable beret, Coretta was the woman who could do both. Like the international awareness of Dr. King’s success, Coretta was not afraid to embrace the styles of other cultures. From her two-string pearls to the flower-adorned blazer, Coretta had #stylegoals written all over her! 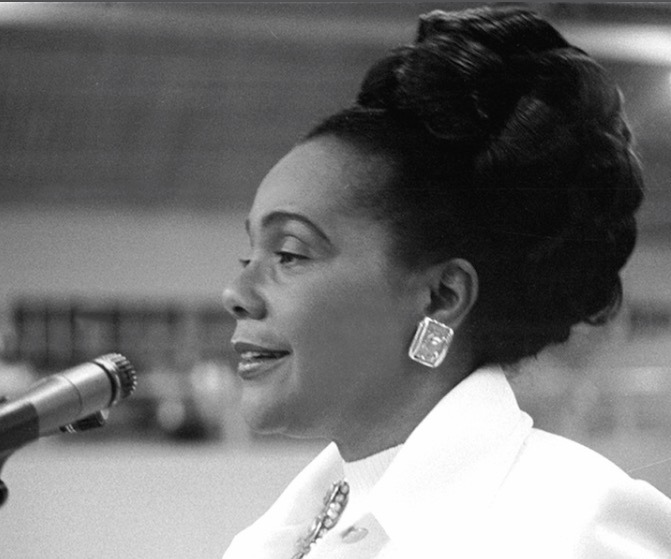 Updos were a sassy, sophisticated look donned not only by Mrs. King, but Aretha Franklin, Celia Cruz, and many other icons of the time. I like to compare it to a hair crown; her white coat and large cubed jewels are screaming royalty. And that she was, pun intended! 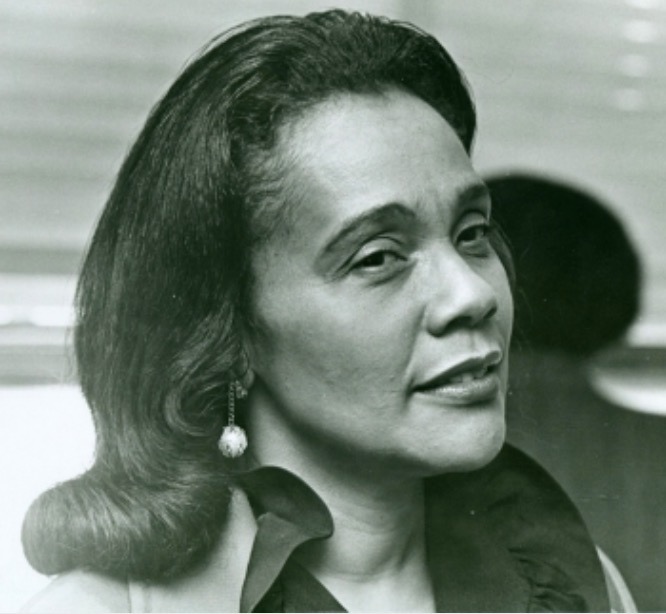 In this last photo, which happens to be our favorite, Coretta is giving us side-eye slay and a gorgeous press with luxurious, deep bodywaves. We're getting major Phylicia Rashad vibes, another . Makes me wonder if the queens ever exchanged encouraging words.

I hope you've enjoyed our ode to Mrs. King and her reign. It’s been eleven years since we lost her, but let us celebrate both her life and the legacy of Dr. King this Monday! May your year be blessed with prosperity. 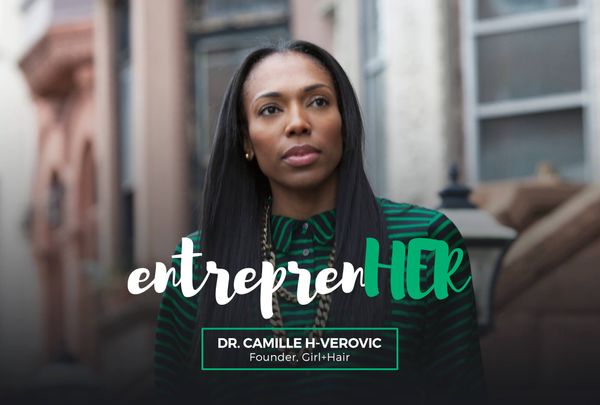 You've just gotten a fresh sew-in, but it's been only three days and your itchy scalp is on fire. You could go in with the end of your rattail comb 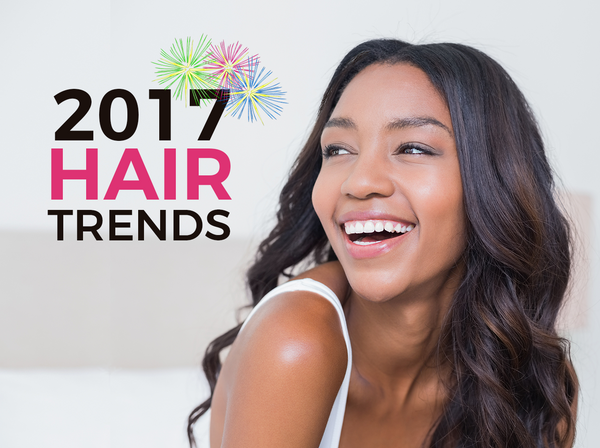 Let’s be honest, many devastating things occurred in 2016, but thankfully your hair slayage levels weren’t one of them. Over the past year, we’ve grown to appreciate