When I was growing up, representations of Black women in arts, politics, science, media, etc., were few and far between. It's not that they didn't exist, but rather that the achievements made by Black women often weren't celebrated in the mainstream. Black women have been speaking about this lack of representation for decades. And unless you were one of the lucky ones who had positive influences in your life, this omission played into your feelings of self-worth.

Over the years, Black women have been making strides in every field imaginable, and they are finally receiving the attention they so rightly deserve. Now more than ever, young Black girls have role models to look up to that look just like them. From cartoon characters to ballerinas to astronauts, Black women continue to make their mark and prove that representation does matter. But despite all of our accomplishments and achievements, disparaging comments, stereotypes, and negative depictions prevail.

In 2013, the phrase "Black girls are magic" was coined by activist and creator CaShawn Thompson. The term gained momentum and was shortened to #Blackgirlmagic. CaShawn created the hashtag to celebrate Black women's power, resilience, beauty, and accomplishments while simultaneously silencing the haters. Black women immediately embraced the hashtag and adopted it in their lives. Since its inception, it's been applied to everything from how we wear our hair to our favorite entertainers. It's still a top-ranking search term on Google trends and has garnered over 22 million posts on Instagram.

But I was curious. In this era of #Blackgirlmagic and increased representation, has anything changed? Or are Black girls still struggling with the same issues of beauty and acceptance? I reached out to some Mommy friends with girls between the ages of 6 and 10 to see if they had any insight to share. I wanted to know from these mothers what it's like to raise Black girls in the era of #blackgirlmagic.

These moms believe that as a campaign, #Blackgirlmagic heightens awareness of our achievements and successfully encourages Black women and Black girls. But they do think the message falls short in reaching the mainstream. For them, #Blackgirlmagic is most useful in providing positive images and messaging of Black women that they are happy to pass on to their daughters. Darcie says, "The concept of her power as a Black girl is something we instill in all that she does. And campaigns like Black girl magic are useful in reinforcing ideas of Black beauty."

While having positive images to refer to help, these moms find that many of the typical issues surrounding raising a Black girl still exist.

From the get-go, all the mothers agreed that there is more representation now than when they were kids. For their daughters, Black women role models like Yara Shahidi, Alicia Keys, Michelle Obama, and so many more are readily available. But these moms don't deny that there's still a long way to go. "There's not a segment of society where it couldn't be improved," says Sandra "there are still so many areas where Black women are under-represented." Darcie also points out that increased representation doesn't come without its problems. "Now, there are more images that reflect us, but not all of them are good. How do I guide my daughter to the right image?" she queries.

While issues relating to identity, body positivity, beauty, and ability are at the top of the radar for these moms, it wasn't something they were expressly worried about during their pregnancy. Martine, Sandra, and Darcie admit that they didn't have any concerns about raising a Black girl before having their daughters. Like many women, Martine was excited at the news of her pregnancy. She was delighted at the prospect of being a mother. "You just think it's all going to come together." She says. But once she realized identity was going to be an ongoing issue, she focused on finding ways to make her daughter's journey easier.

Darcie became acutely aware of the stakes as soon as her baby girl was placed in her arms. "I felt fear coursing through my veins, and since that moment, I have worried about how she will see herself and how I will influence that image."

Sandra wasn't overly anxious about raising a Black daughter because she felt confident in her own ability. "I knew I was going to be well equipped to raise a brilliant, beautiful Black girl with my husband. I felt like I knew what I needed to do to try to pave the way for her," she recalls.

But what is it that Black mothers need to do to help their daughters navigate this complex world that often only sees Black women through the lens of stereotypes? For Sandra, the answer was clear. "From the moment my daughter was born, I've been trying to fill her bucket with the idea that she is amazing, beautiful, and strong. And I try to avoid the stereotypes other people try to place on her." Sandra says she makes it a point to expose her daughter to various Black professionals and different types of experiences. Sandra uses opportunities like these to teach her daughter that her skin color does not limit her. "That awareness of her identity, who she is, and where she fits in in the world, is something that I think we've tried to instill in her. We want her to know that she belongs anywhere, and she can do anything," Sandra adds.

Our moms report that their daughters' afro-textured hair is still a sensitive topic when it comes to beauty. The desire to have hair like their white peers always brings on heated discussions. Each of these mothers has taken up this challenge head-on. In response to her daughter's hair woes, Martine decided to transition from relaxed to natural hair. She says, "I went on this natural hair journey, so I could experience it with my daughter. So that, together, we could find ways to love our natural hair". Sandra, who also has natural hair, assures her daughter, "our hair is beautiful too, it's just different. And it's okay to be different." While Darcie, another natural, recruits examples "that are close to home like those of my daughter's Black female soccer coach" to reinforce the message that natural hair is beautiful.

Darcie and Martine agree that there needs to be more amplification of Black women with natural hair in all settings. "There is a need to show more of these types of images, so our daughters don't feel the need to question the appropriateness of their beauty in various situations like the boardroom," says Darcie.

These women know that raising a daughter in today's society won't be easy, but they're committed to easing their daughters' transition to womanhood. Of the journey, Darcie says, "I remind her regularly of the inherent strength in being a Black woman; that she has the power and can conquer anything." 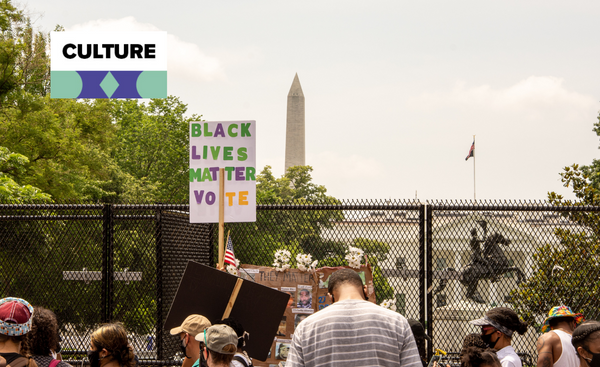 Let’s be totally honest with each other. This year’s election, and 2020 in general, can be described as many things…and most of them aren’t very positive. 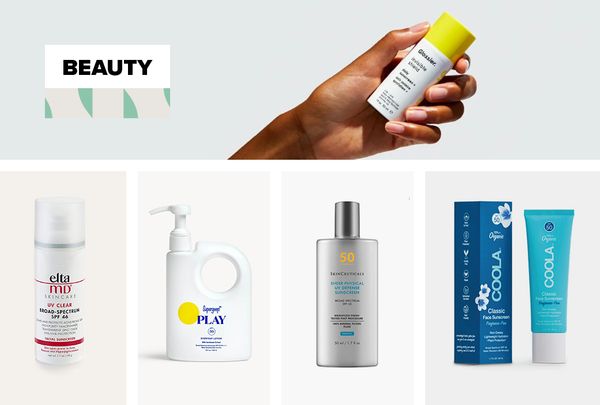 While melanin offers us some protection from the sun, it’s not a protective coating. There’s a common misconception that people with dark skin don’t even need sunscreen.