When Rachel Zeigler graduated from the historically Black college Johnson C. Smith University in 2013, she was sure her communications degree and resume would set her up for career success. Like other college graduates, Zeigler soon found out that her journey to becoming an independent and successful woman would be more difficult than she imagined, even with a college degree.

Zeigler found herself miserable, working odd jobs and living in North Carolina trying to figure out a career path. She finally looked within and decided to make her passion of beauty a career, graduated from Aveda well-versed in cosmetology and skincare, and moved back home to Southern California to begin a life of freelancing in the beauty industry.

Luckily, she found success, simultaneously starting her own communications consulting firm while making a name for herself in the beauty business in LA. She soon moved to Northern California to continue her work as a freelancer and entrepreneur, but when COVID-19 hit and she found herself unemployed, she knew she had to find another way.

Zeigler took a step out on faith and started her own skincare line, Naked Chemistry, using the skills she learned working in beauty over the last few years. Mayvenn’s contributing writer Brenda Alexander spoke with Zeigler about her new product line, how the pandemic forced her to start her own business, and where she sees her business growing.

Brenda: Tell me about your freelance work in the beauty business and how you built up your resume and expanded your expertise.

RZ: So I was doing freelance hair, working with a few major brands, and also doing makeup. I started there before getting into hair removal, which I was always interested in. I was in LA working three jobs, doing hair, makeup, and hair removal.

Brenda: How did you get into hair removal?

RZ: It was always something I was interested in. When I was in beauty school, I got a wax pot. We were trained to do hair, skin, and nails. So everything beauty-wise, I learned. I always had an interest in hair removal. I don’t know why, but I would wax myself even. I just thought it was something that was really cool.

Transitioning into hair removal, I initially worked at a sugaring place. Sugaring is like the ancient Egyptian method of removing hair. It’s just lemon, water, and sugar paste. And it’s organic and great for your skin. It’s better than wax. So I was at a sugaring place for about a year, and then I had a great idea to create a skincare line that helped with ingrown hairs, that helped with dark spots, and all those things that we suffer from when we remove hair.

Brenda: You started a business in the middle of a pandemic, when the rest of the world was looking for different types of employment that adapted to our new normal. Why did you go that route?

RZ: A year ago [while with] the company I was working for, I had an opportunity to go work in New York. [At the time,] I was doing something totally different than I’m doing today, but I always had this idea. It’s something that I thought about for a long time. But once we went into quarantine, as a cosmetologist, my income was shut down.

I do hair, I’m in people’s faces, and all in their skin. All that was shut down. So I had to be innovative and figure out what my next move was. What is something that I wanted to do moving forward? How was I going to come out of this pandemic better than I went in?

So I got my LLC, I got my business license and I began working on the logo. I prayed to God to ask for the name, and I just started doing my ingredients and searching. It took about a six month process for me to get from the beginning stages to the first time I had my first beta testing.

Brenda: Why target creating a product for those who suffer from ingrown hairs?

RZ: For me personally, I have struggled with ingrown hairs. I have tried everything on the market. I have tried every method of hair removal. Obviously, I started off with shaving. Then I tried Nair. Then I did the razor ring. It’s always been a problem and I noticed working with clients of color that ingrown hairs are a problem for most of us. A lot of African-Americans have dryer skin, and that’s one of the reasons we suffer from ingrown hairs. We also have coarser hair. Ingrown hairs also are an issue after hair removal, whether it’s waxing, Nair, or shaving. 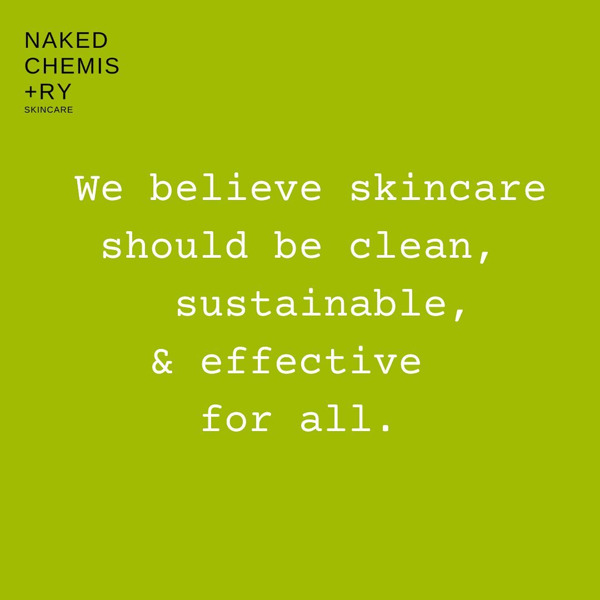 Brenda: What was the development process like when creating your product?

RZ: I really researched everything. I went [into] what I was using. Like I said previously, I worked at a sugaring salon, so I started with what they were using and what they offered for aftercare. And I realized that wasn’t working for me. What I was looking to do involved brightening the skin, things that worked like that.

I saw what ingredients I wanted to use, and I studied the formulas and I put it together and it worked. I used it on myself obviously for about four months before I sent it out to beta test to see if other people were getting the same results.

Brenda: What ingredients are in your product that contributes to flawless results?

I also use hyaluronic acid, and hyaluronic acid is an asset that really helps your skin. It’s going to help your skin capture the moisture that’s in the air, capture the moisture that’s being put onto it. Along with the hobo oil, I also put rosehip oil and turmeric, which is great for its brightening effects. So every day that you use your hydrator, it’s not only soothing your skin but after you shave, it helps to hydrate the skin. Hydration [helps to] stop ingrown hairs; a lot of ingrown hair occurs because the skin is dry. And if the skin is dry, your hair can’t grow out as it wants. So hydration is the first starting point. That is why I use those ingredients in the hydrator. 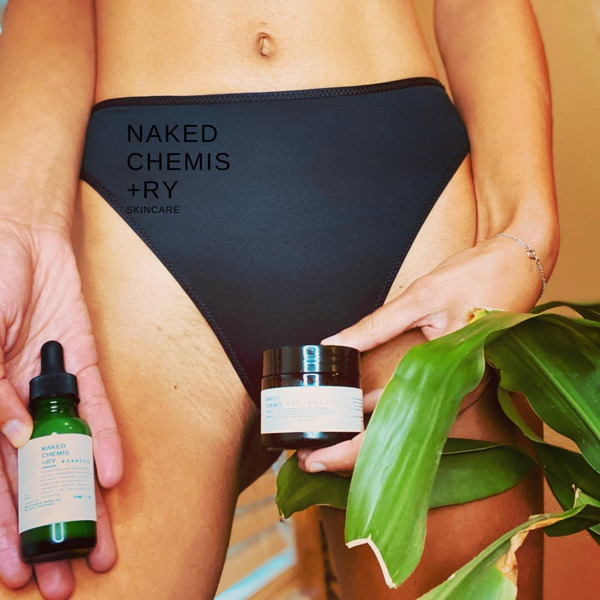 Brenda: What are you looking forward to in your business, for the next six months to a year?

RZ: I would love to partner Naked Chemistry with estheticians and cosmetologists, people who are doing the waxing. I would love to partner with estheticians who are looking for products that actually work. I have a connect in Atlanta who is currently using Naked Chemistry. I’m hoping that we can get some bulk orders out to her and get this in [the] hands of people in different states, in different places. 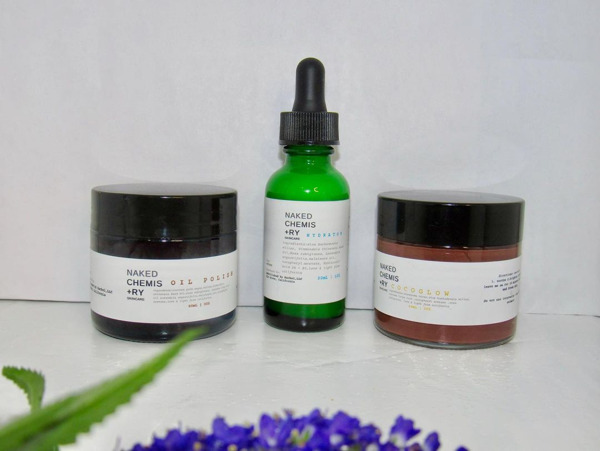 I’d also love to get into retail spaces, including Sephora. The great thing about Naked Chemistry is that its both genderless and vegan; [it’s] completely organic, so anyone can use it. Barbers can use it. I’m just trying to get it out to the beauty industry overall. 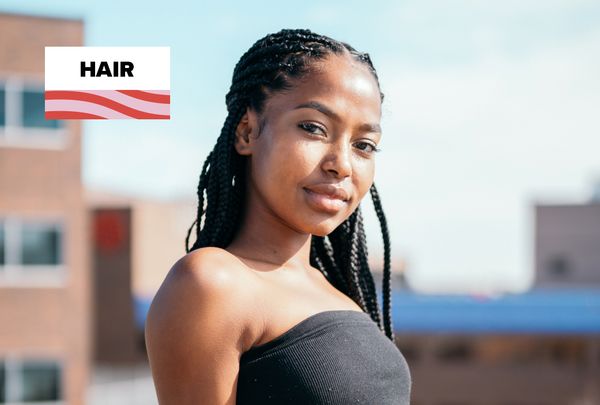 Oiling our hair has become a part of the Black hair care routine almost as much as meditation has become synonymous with yoga. Due to the ingredients found in natural 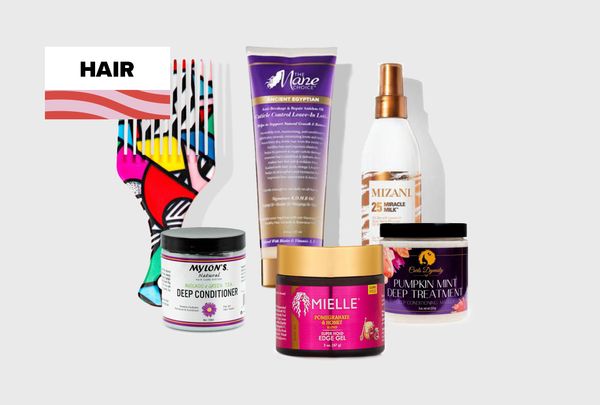 Natural Black hair care can seem like a never-ending journey. But during the lockdown, it seems like everyone is finding out more about their natural curl pattern and how to