By now, we’ve all had the very interesting experience of watching Gayle King’s interview with R. Kelly. In it, he tries and fails miserably to profess his innocence of the heinous crimes he has been accused of for decades. King also had the opportunity to interview two of his alleged victims, Joycelyn Savage and Azriel Clary, both of whom have been estranged from their loved ones since being “involved” with Kelly. All claim that they are in healthy, happy relationships with one another. Savage and Clary (the latter has not been seen by her family in 4 years and this is the first time she’s spoken out publicly) say that they’re not being held against their will, manipulated, or brainwashed, despite what their parents (and most of America) believe.

People have described this interview as fascinating, riveting, and entertaining.

If I had to describe Robert Sylvester Kelly’s desperate attempt of a performance to plead his case to an unwilling audience I’d use one word: pathetic.

To see a 52-year-old man grappling with the truth and pulling at whatever he can to claim his innocence while crying (although there were no real tears), squeezing his eyes, putting his head in his hands, jumping up and down, shaking, screaming, pointing - throwing an entire adult tantrum - and doing anything possible that still left me and almost everyone else everything but convinced is comical.

![](https://ucarecdn.com/608f20a5-f9a9-40a1-b8ff-5b3a2a8fd13f/-/format/auto/-/quality/best/)(L to R) Azriel Clary and Joycelyn Savage
If anything it proved that when challenged, particularly by a woman, his inability to communicate effectively turns into an overt and catastrophic attempt of playing the victim and losing control of his emotions to get his way. It only made me feel sorry and further afraid for his alleged (and I say alleged so I won’t be sued) victims, as I imagined the immense horror they must experience daily under his mental chains.

His “girlfriends” subsequent interview was confirmation.

They were defiant, defensive and dare I say disrespectful. When questioned about their relationships with a man 30 years older than them, they denied it and deflected.

It was revealed by King after the interview that although promised that their alleged abuser (Kelly) would not be present, he was; he made his presence known by coughing loudly when the young women spoke, as if it were a declaration, or warning rather, that if they did not answer in what appeared to be scripted responses, that there would be consequences. He also apparently interrupted their interview multiple times when pressed further and threatened to cut their time with King short.

Watching this interview was not only uncomfortable, but leaves a mental scar. These young women are clearly doing as instructed by Kelly. While I am angered and almost tempted to throw in the towel with a “if they want to be with him, then let them be” attitude, as an emotionally mature and rational woman, I understand that Savage and Clary are defensive and protective of him as a means of survival.

This is a result of what is known as Stockholm Syndrome. According to the psychology encyclopedia, Stockholm Syndrome is a psychological response wherein a captive begins to identify closely with his or her captors, as well as with their agenda and demands.

As noted in the Surviving R. Kelly docuseries and through other interviews with Kelly survivors and mental health experts, Kelly is alleged to be preying on teenage girls, likely using a career in entertainment as bait, mold them and psychologically break them down over time through emotional, verbal, physical and sexual abuse. Survivors have alleged Kelly using abuse tactics including starvation, isolation from friends and family, having them engage in sexual scenarios they’d preferred not to and more to gain control of his victims. Although they are not physically restrained from leaving, the psychological manipulation and fear of physical retaliation is enough to align his captives to him.

We see evidence of this in the way Savage and Clary defend Kelly while making sense of his perceived controlling behavior, claiming that it’s love. Anyone who goes against their captor will be viewed as an enemy. They have an “us against the world” mentality.

When asked whether or not they were initially introduced to Kelly to pursue music, they deny it. However, there’s evidence that proves otherwise, specifically with Clary, who has a beautiful singing voice and is classically trained. Prior to meeting Kelly, she was destined for musical greatness.

In fact, they say they want nothing to do with a career in entertainment and are fine with their current status: as his girlfriends. Savage took it a step further stating that they “have each other,” insisting that’s all that matters.

Psychologists who have studied the Syndrome believe that this confusing bond is initially created when “a captor threatens a captive’s life, deliberates, and then chooses not to kill the captive. The captive’s relief at the removal of the death threat is transposed into feelings of gratitude toward the captor for giving him or her life.”

In the case of Kelly’s victims, although it is not known whether their lives have been threatened, what is alleged is that he pits his victims against one another. The docuseries have survivor testimonies that explain that if challenged, Kelly punishes them accordingly, ranging from withholding food, showering or allowing outside contact - all the while his other victims are witnesses. Knowing the potential outcome keeps his other victims in line, forcing them to forge an alliance to him.

The survival instinct is at the heart of the Stockholm Syndrome. Victims live in enforced dependence and interpret rare or small acts of kindness in the midst of horrible conditions as good treatment. They often become hypervigilant to the needs and demands of their captors, making psychological links between the captors’ happiness and their own.

Other survivors have said there are two distinct sides to R. Kelly: nice and monstrous. While some victims experience Kelly being attentive and charming, they also see the way he abuses others.

Kelly doing this interview when the world is turning against him is strategic.

Savage and Clary have rarely been seen in public, about a handful of times in almost five years. They don’t communicate with anyone outside of Kelly’s camp, unless authorized by their abuser. When they do speak to their parents, their answers are routine, never going off book. When thrown off by a question, they cut the conversation short or continue to be repetitive in their answers.

So now, when his back is against the wall and all eyes are on his every move, they all make appearances?

I can only hope that the longer he is imprisoned, their families are able to get ahold of them and they gain the necessary courage needed to free themselves of his captivity.

Until then, I’ll be praying with the rest of the world for their safety. 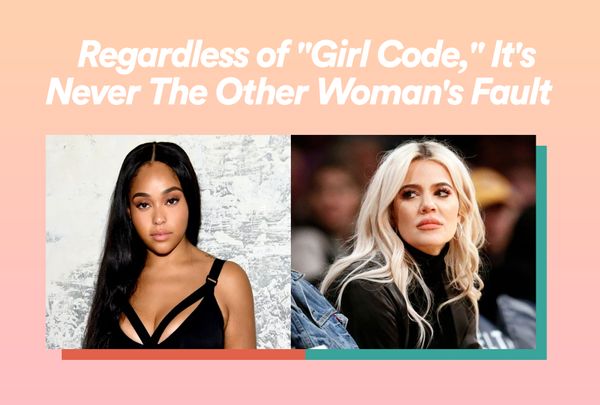 Leave it to the Kardashian’s to spark an intense debate on who is to blame when a relationship ends after infidelity. For weeks now, there’s been a social

“I am not my hair”…it sounds good. It has a ring to it; I’d love to feel as though no matter what happens to my outward appearance, I