The theme for this year’s red carpet looks at the 2018 Hip Hop Awards must have been to wear one color...from top to bottom. And unfortunately, each celebrity attendee followed those guidelines to a T. The fashions were just dreadful. I understand that within hip hop culture, artists and co. regularly push the lines and defy what the normal standard of high fashion is and often times, they get it right. This time was an exception, as there were no looks that I saw that I liked. Everyone looked as if they were dressed for either Halloween as their favorite hip hop artist from the 90s or like they took a page out of a rave party with neon colors from head to toe.

Not only were the clothes bad, but the hair was even worse. I’ve expressed my disdain for lace front wigs in a previous piece; the main reason being when applied incorrectly, they do not appear natural. Alas, I was proven right with the wigs worn on Sunday’s red carpet. I’m guessing they all had the same stylist.

Here’s a recap of some of the fashion disasters from this year’s BET Hip Hop Awards: 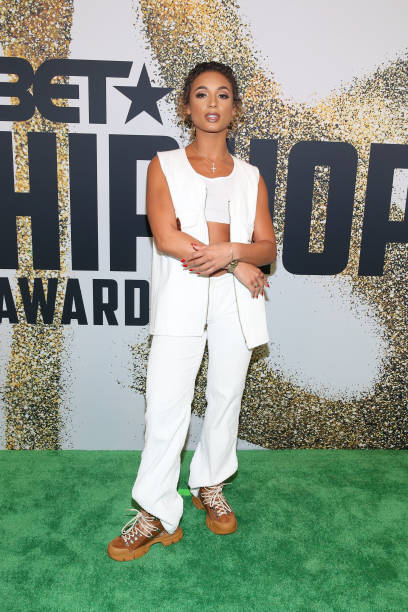 Is that a cut-up $3.00 white beater? Are those utility worker boots? And what material is the matching jacket and pants made of? The gold hoops also resemble the ones sold at the hair store, which is not a problem - it just doesn’t scream “red carpet.” She also mixed metals with the gold earrings and silver necklace, which do not compliment each other well for this particular look. And the hair looks like it’s for an outdoor summer party that includes a water excursion. Overall, her look confused me. 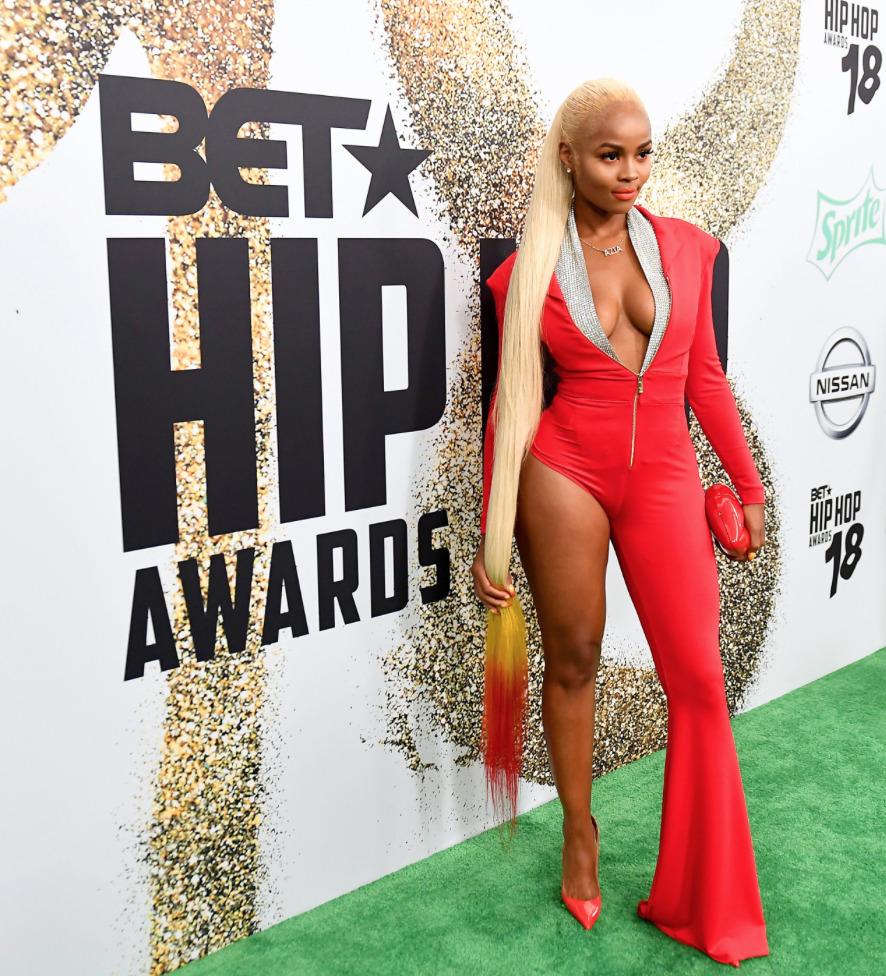 Where do I start? First, it took me a few minutes to realize that the end of her ponytail segways into an ombre mix of yellow and orange/red. I’m guessing she was trying to say her hair was “fire?” The mix between a leotard and full jumpsuit with a full pant on one leg and the other missing looks weird aesthetically - it looks homemade. And, it’s too much red: the lips, the jumper/leotard, the shoes and the clutch is a no. Not to mention, the one pant leg could have used a good hem stitch as it’s dragging along the ground and covering her other red heel completely. 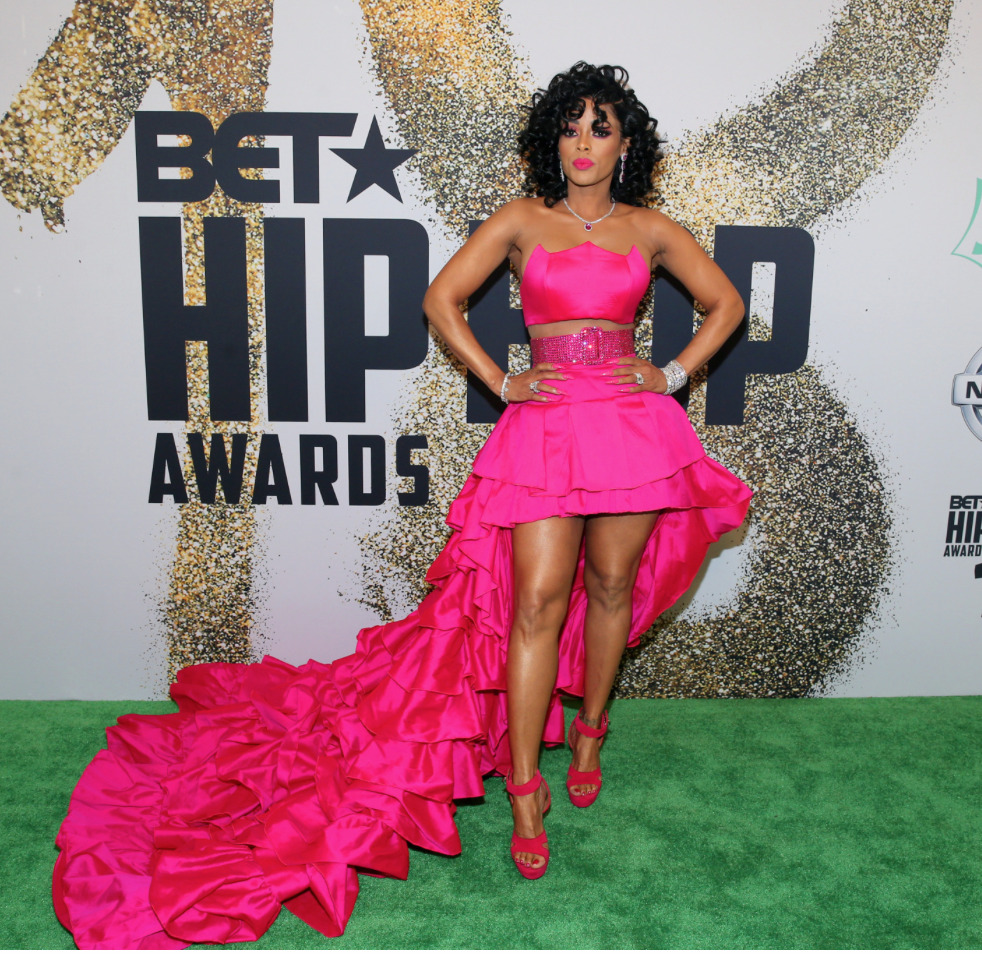 The full pink ensemble gives off the impression of a sweet sixteen. The ruffled train reminds me of an ugly bridesmaid dress. Add in the blinged out jewels and barbie doll curls, and they kill the look even more. Sorry Keyshia. 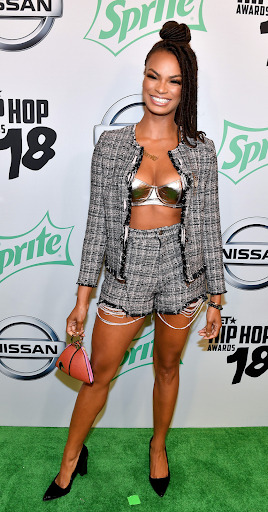 I don’t hate the plaid suit, I actually enjoy it. But, the other accessories throw the look off. The distressed shorts, the black pumps and the gold metallic bra makes her appear to be a mom trying to look hot while at a club for the first time as a single woman. 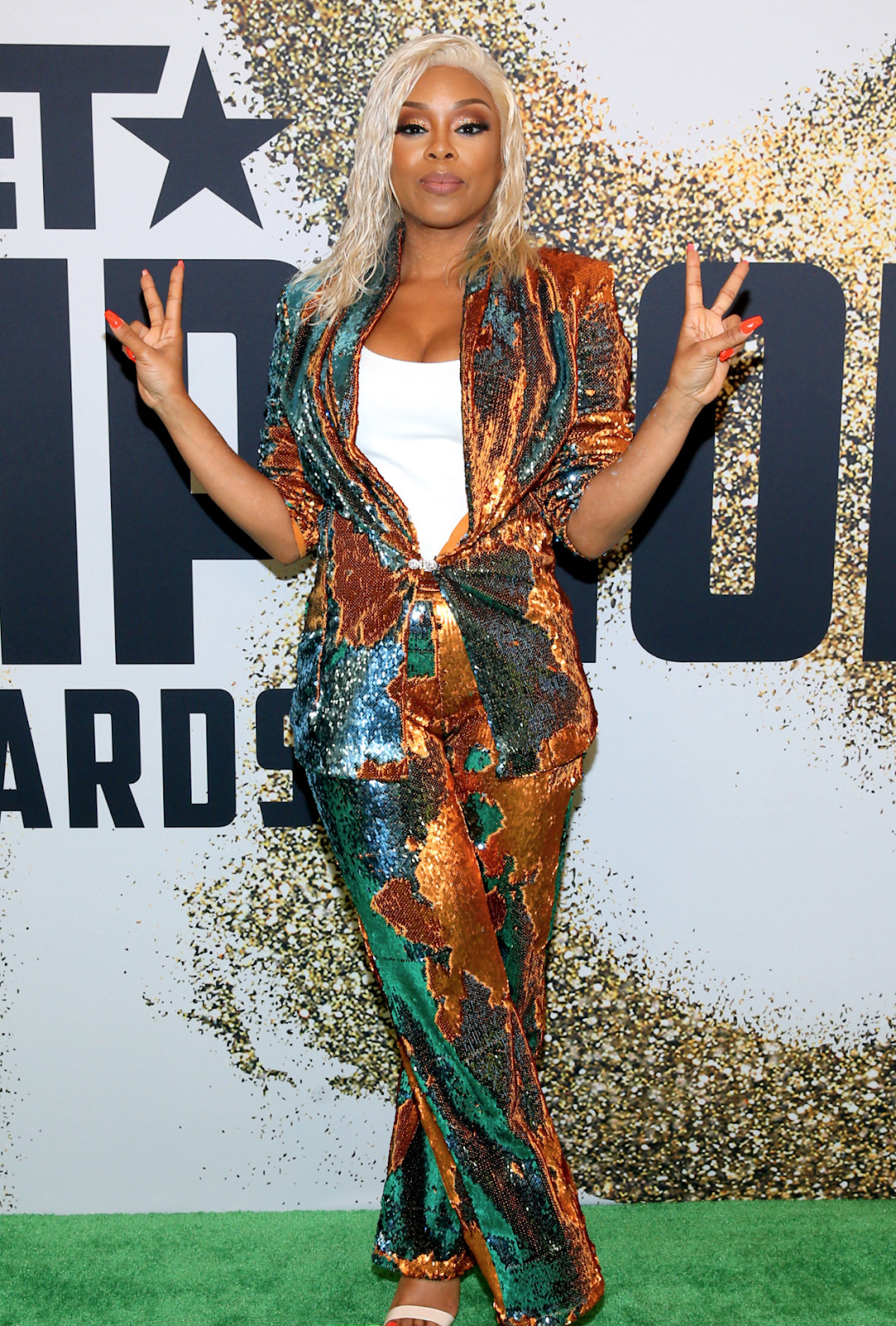 What in the disco inspired hell?! The two piece sparkled get up does not fit her body well, and why would she think it would be a good idea to pair her suit with a white cami that looks like it’s off the sleepwear rack at Forever 21? The matching bronze face beat is not bad but clashes with the blonde colored hair. And I won’t even address the wig…I just won’t. 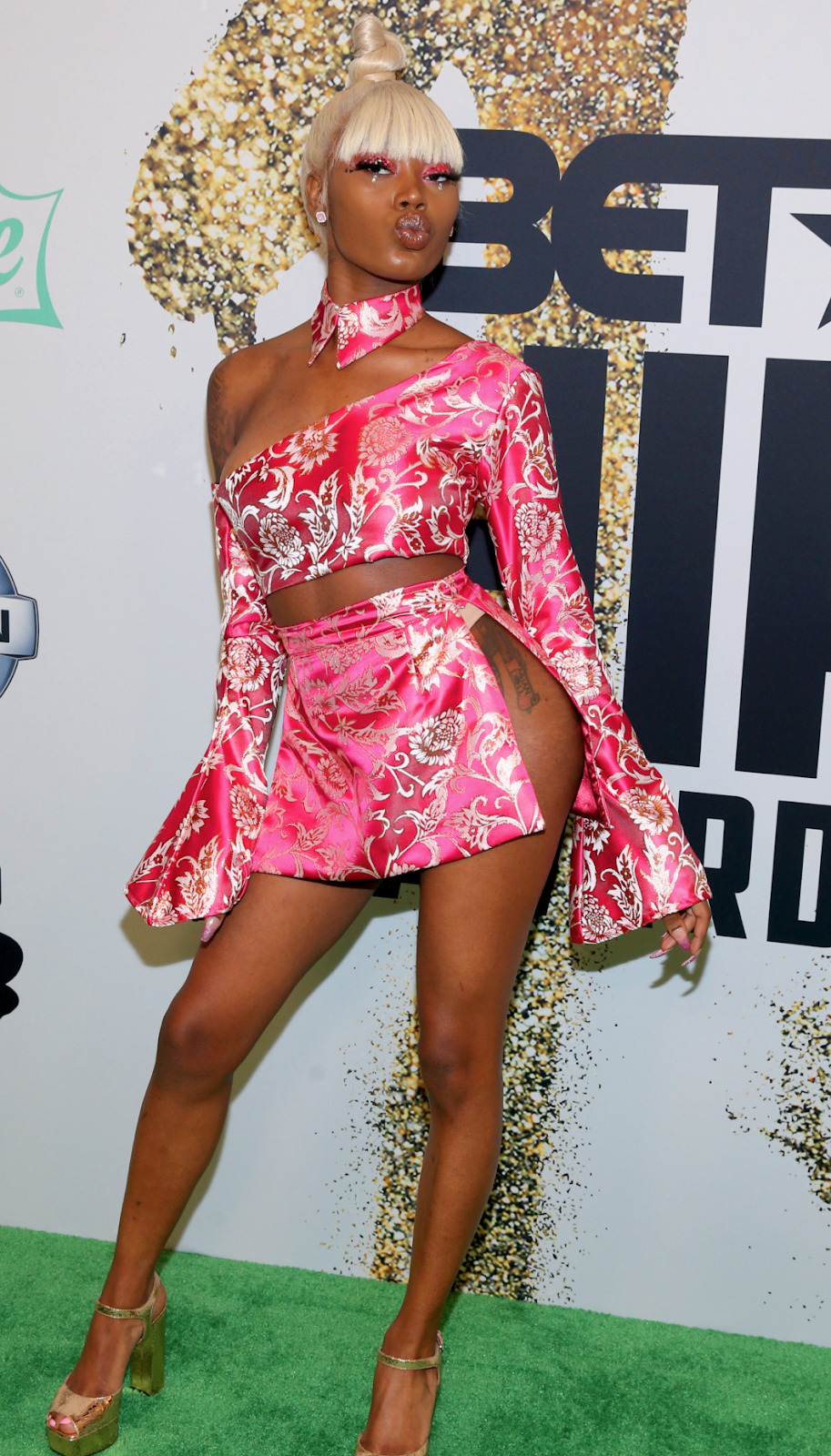 So we went from disco inspired to Tokyo, Japan?! Insert girl with hand over her face emoji here I understand her stage name is Asian Doll but the outfit is a flop. The half shirt look is definitely a trend, so I appreciate Asian Doll’s ability to stay on track with current fashion metrics. However, the getup looks cheap. I love the makeup and her top knot, but that's about it. 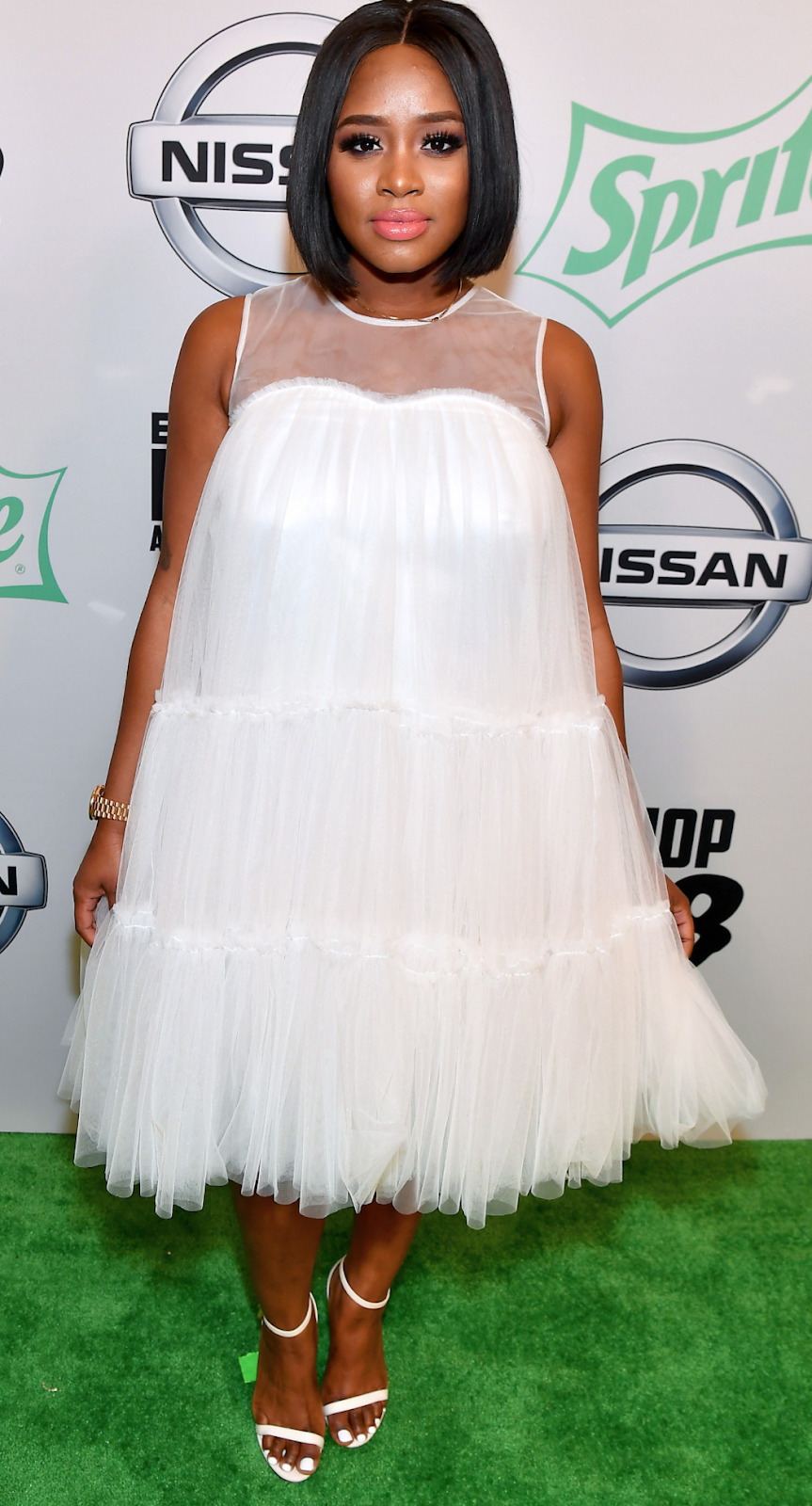 The dress is more like a fixture, a home accessory. When I see it, I see a curtain, I see a bed skirt - but I don’t see fashion. It does her body no justice, it’s ill-fitting. She had me with the bob and natural beat but left me disappointed where it mattered most. No, no and no! 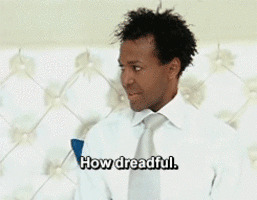 Did you like any of the fashions on the BET Hip Hop Awards red carpet? 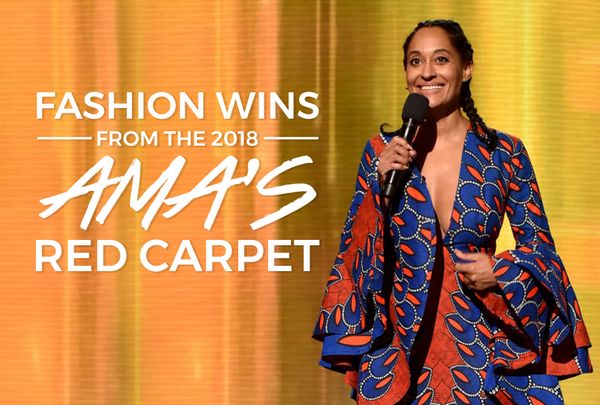 Besides the performances, one of my favorite part of award shows is to tune into the red carpet pre-show for a preview of the fashions. Thankfully, those who walked the 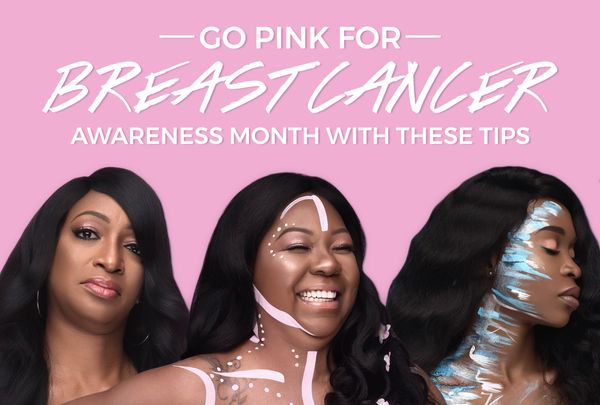 October is Breast Cancer Awareness Month and it’s extremely important to us for many reasons. Although black women are diagnosed at lower rates than our white counterparts, we are