Last week, while scrolling through my Facebook feed, I stumbled across an interesting post from one of my acquaintances. In her post, she explained that her Black female students are constantly getting distracted by their hair— either it’s unkempt or not styled the way they want. 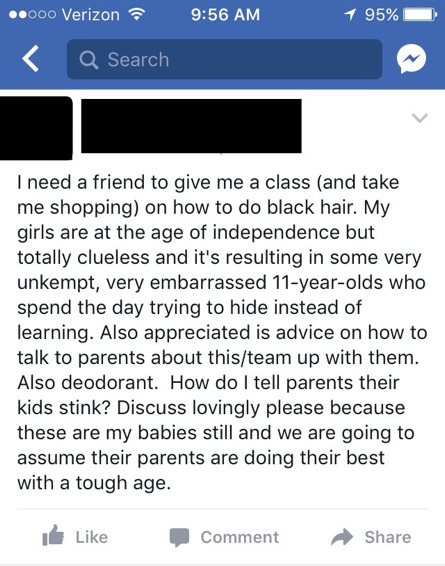 In her Facebook post, my acquaintance, a white woman, asked her friends to teach or send her tutorials on how to do Black hair. Because she believes her Black female students are “clueless” on how to neatly style their hair. I assumed she posted this status because she was frustrated with her Black female students focusing on hair rather than school work. But although I know her to be sincere, her post made me uneasy. Several schools have received negative publicity for policing traditional Black and African styles like cornrows, dreadlocks or pigtail puffs in the name of “lessening distractions at school”. However, it’s become clear that these administrative policies are ploys to humiliate and restrict the expression of Black students.

An example of this recently occurred at Butler High School in Kentucky. In the school’s personal grooming section of the dress code, it was detailed that black students’ natural hairstyles were banned due to being “extreme, distracting, or attention getting.”

According to The Daily News, the Personal Grooming section continued to state: “[No] afros more than two inches in length" or any "cut-in designs.” By reading the description it’s crystal clear the school’s administration is prohibiting Black students from culturally expressing themselves through their hairstyles.

A third grader in Belton, Texas was also targeted by her Assistant Principal for her styled afro-puffs. When interviewed by 9 News, the student’s mother, Marina Reed shared that “there were no complaints when my daughter wore the same style with long artificial extensions.” The Assistant Principal reprimanded Reed’s daughter because her afro-puffs were styled like a faux-hawk which is prohibited by the school’s dress code. Reed told the media outlet that her daughter “cried and said no one was going to want to be her friend because her hair was not as pretty as the assistant principal's.” She continued, “As a parent, that's heartbreaking because that's just what God naturally gave her."

Due to the constant occurrence of these controversial incidents, should teachers step in and style their students’ hair?

When I asked parents if this was a solution, they all agreed: teachers shouldn’t be focused on their children’s hairstyles and should be solely focused on teaching their lesson plans. However, Black female educators felt differently. “As an educator I have done students hair. Not because their hair wasn't groomed, it was because I work with elementary students and they like to play with their hair a lot during class. Then want to cry because their mom will get mad if their braids are out. So I’m left trying to fix their mistake,” E. Penado, an elementary school teacher shared on my Facebook.

“Grooming used to be a part of a child's report card. Teachers at the elementary level did comment on a student appearance. Today everyone seems to be so easily offended that we comment on these things. At the high school level, I'm tired of all of the weaves, grooming in class, and hair all over the floor,” high school teacher J. Drinkwater-Rodriguez commented.

When asked if an educator’s race should be a factor when commenting on or fixing Black students’ appearance, Drinkwater-Rodriguez stated that although she is a woman of color, she had to learn about Black hair from her Brooklyn students because she was raised in a predominantly white community. “I really got to see Black people for all that they are and all that they can be; and that educated me on hairstyles, texture, and what is to be accepted and what should not be accepted. [So] teachers and administrations need to be educated on cultural and ethnic hairstyles.”

Drinkwater-Rodriguez concluded by noting that there’s nothing wrong with styled natural hair. However, if students are consistently coming to school with dirty or matted hair it’s definitely a grooming problem that needs to be addressed.

We can all agree that some school districts are legitimately profiling Black children and their hair. However, it’s important to note that some students are too focused on emulating the latest hair trends during school hours and are not being conscientious about their academic studies. But that brings me back to my original question: should they be reprimanded by their schools for it? Or should teachers step in?

Would you be upset if your child's teacher styled their hair at school? Or would it be a blessing if you didn't have the time? Sound off in the comments! 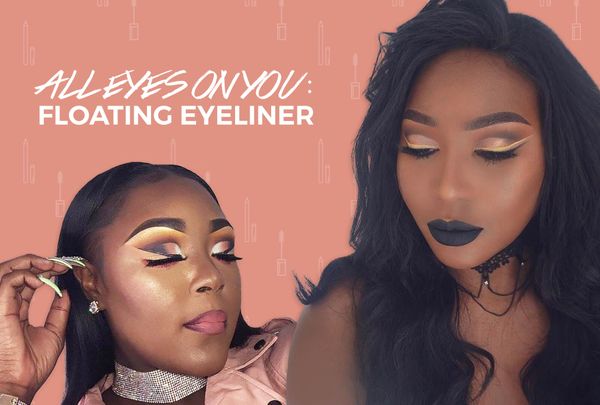 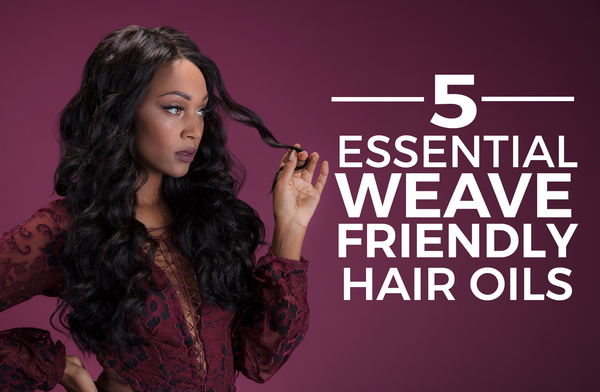 You’ve probably heard it a thousand times, but we're going to humor you and say it again: when rocking weaves as a protective style it is CRUCIAL to take