It’s been 11 years since Isis King made her debut as the first trans woman to be cast on Tyra Banks’ reality competition show, America’s Next Top Model. While it was groundbreaking and King was absolutely stunning in her weekly photoshoots, to say it was widely accepted would be a lie. In fact, it was anything but. 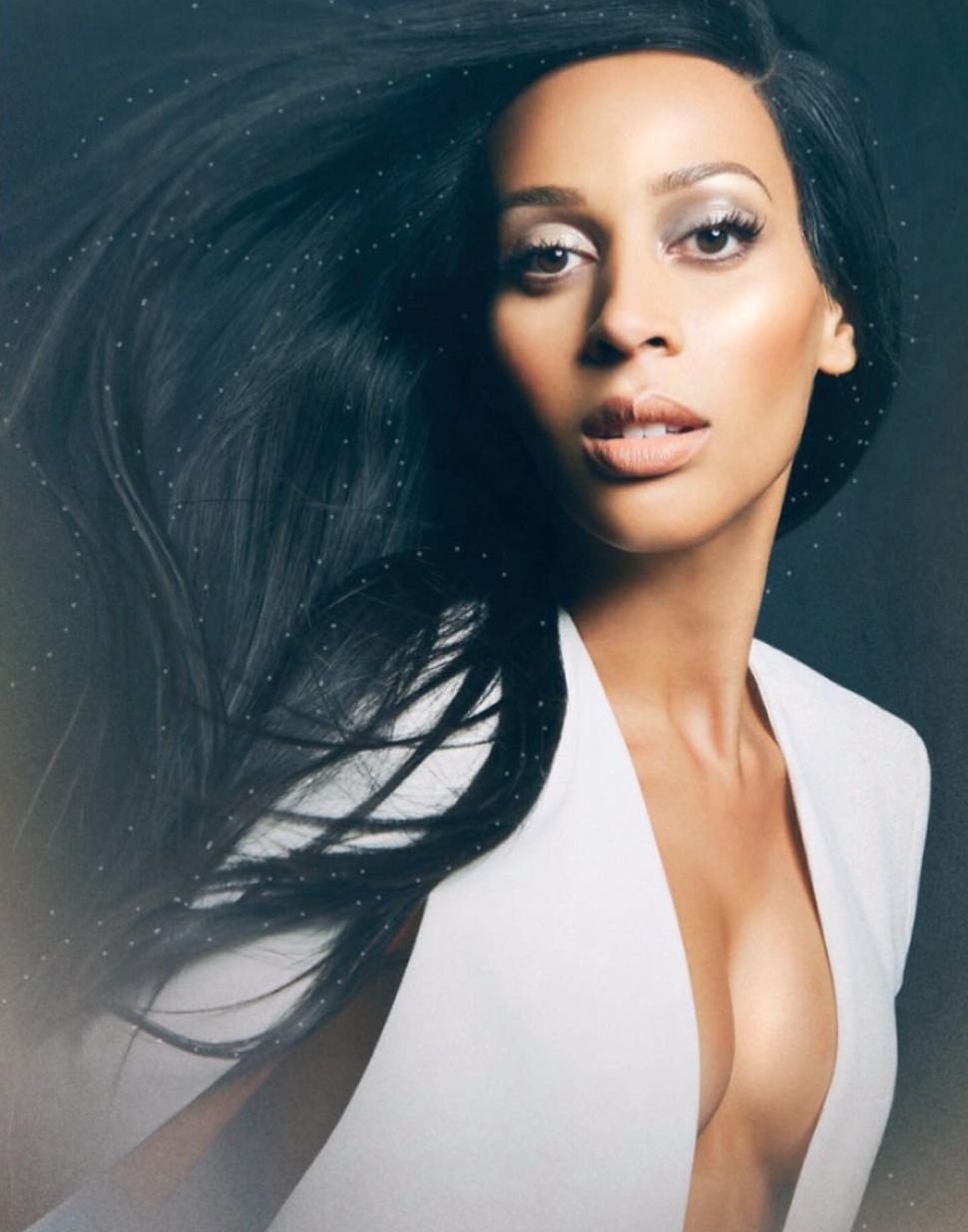 The backlash was quick and furious. King’s introduction was at the start of social media platforms and in addition to the various news articles and op-eds defacing her, she suffered from intense cyber bullying on message boards and social media pages. Even worse, her time inside of the house was just as isolating and vicious, with her housemates ostracizing her. There’s a famous scene from her time on the show where another model pushes King away from her while in the hottub. Her castmates often misgendered her intentionally, referring to her as “he.” However, she received major support from Tyra as well as the GLAAD organization, with spokesman Damon Romine noting "the show deals head on with the contestants confronting their own phobias. There's going to be support, and the reverse of that. It opens the door for the other girls and the viewers to get to know King and the transgender community."

Despite being eliminated in the 4th round, King pressed on and continued modeling while ignoring the hate and ignorance from her critics. Her post-show modeling gigs include becoming the first trans person to work with fashion company American Apparel, walking in various fashion shows, competing in ANTM All Stars, and scoring print work in magazines. More importantly, she uses her platform as an LGBT+ advocate, having appeared on national talk shows to bring a face to trans beauty.

She eventually transitioned into acting, appearing in The Bold and The Beautiful and Shameless, and more recently starring as Marci Wise in Ava DuVernay’s Netflix mini-series “When They See Us”. King plays the trans sister of Korey Wise, who was falsley convicted of the brutal beating and sexual assault of a jogger in Central Park in 1989. Marci serves as an important and positive figure in her brother’s life before and during his incarceration. Unfortunately, Marci’s life was cut short, a tragic outcome that history proves is a harsh reality that trans women, specifically women of color, face daily.

Despite numerous obstacles, King is making it her mission to continue advocating on behalf of trans women around the world, and pushing for all of us to recognize their importance and beauty by continuing her work as an actress and model.

I spoke with King about her thoughts on the current state of trans visibility, the progress that has been made in Hollywood, her hopes for the future, and why landing the role of Marci Wise is so important.

ANTM was over a decade ago and many may not remember some of the negativity you received while in the house. Because we live in a different time where people are a lot more liberating and accepting, your experience in the house is forgotten. Could you talk about what that was like?

When I was on Top Model, it was so different. During that time, the only trans women who were really in the industry in any way were myself and Laverne Cox, and we were black. I was in a house with all cis-women, majority of them were not women of color. I had transitioned only two years prior fully and was extremely shy. I was young, I was 22 or 23 at the time and this was being done in front of the public. Tyra was always supportive of me but my life in the house was completely opposite. The show was filmed months in advance but aired later and  it was during the era where cyber bullying really began to take flight. Even after the show, I received so many nasty comments and threats. The beauty world is a lot more open to LGBT people because we naturally make up a large part of the industry in terms of hair and makeup artists and creative directors, photographers and more. But me on ANTM was new. As inclusive as the beauty industry was before, they weren’t ready for me. The audience wasn’t ready for me. On ANTM, I received very little props and love but the type of reception I have been getting lately from my work and just as time has progressed has been rewarding. But we still have so far to go.

In what ways do you think more progress has to be made? And, because you are in entertainment, how does that apply to Hollywood?

There’s always room for improvement, overall. Within the trans community, white trans people need to speak up for us more publically. It’s time for them as we are in the fight together, or at least are supposed to be. But it’s normally divided because there’s still a racial issue. Even within the black community, black trans people, more specifically trans women, are outcasts. Trans men are more accepted. It’s easier for them to pass but outside of passing, they are easily accepted. My experience as a trans woman is that we are more sought out, for whatever reason, but men are ashamed of being found out. Or sometimes, we are sought out to harm. The perception of trans women is normally negative. There’s an idea that we are easily disregarded because of the stigma of us being sex workers, homeless and used for the pleasure of others. This is why images and representation matters. Hollywood is slowly doing more with incorporating trans people into the mainstream but we are still pigeonholed in many cases to the same roles. The character of Marci is so important because who she was within her family dynamic and the close relationship she shared with her brother is so unique and almost unheard of. Korey loved and adored Marci. So showing those relationships to the world shows what love is, shows what acceptance is and shows that all lives, including trans lives, matter. 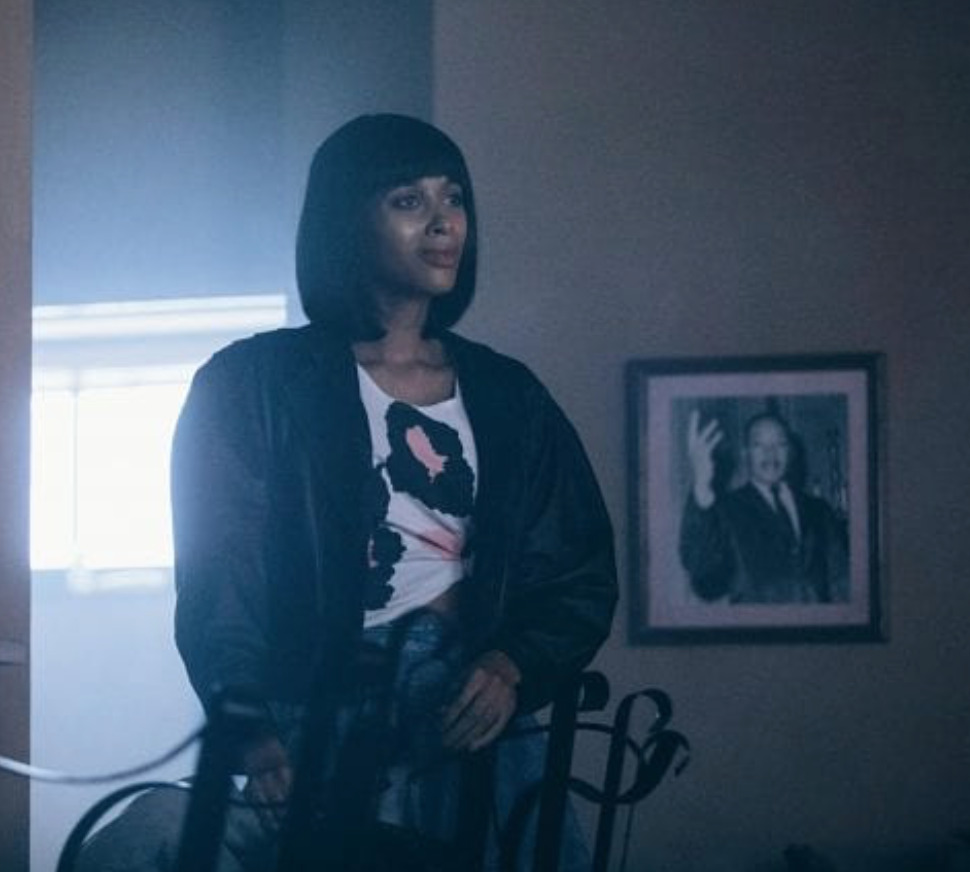 Isis King as Marci Wise in “When They See Us”

In the series, Korey is close with Marci but she is verbally and emotionally abused by her mother. Marci is essentially kicked out of the home for being trans. Although that experience is not new, what was new was seeing a male figure be so loving toward his trans sister. You mention Marci’s character as being important, is that why?

There’s so many layers to why Marci’s character was important to show. Not just because it’s a true story but also to showcase this to the world as an example. Normally, men are not like Korey. There’s so much toxic masculinity that needs to be broken down and because Korey was not like that and loved his sister for who she was, they were able to have an amazing relationship. Marci also represents the idea of the “oldest” child. I’m the oldest child and so was Marci. The oldest child has it the hardest usually and I truly believe Marci’s goal was to make it easy for Korey. Marci was that positive influence of support in and out of the home who was taken from Korey. She was his voice of reason, as I am for my little brothers. When people think of black trans women, we are viewed as mischievous and not as real people and this was an example of showing something different. It humanized her, which almost never happens for a black trans woman on screen. 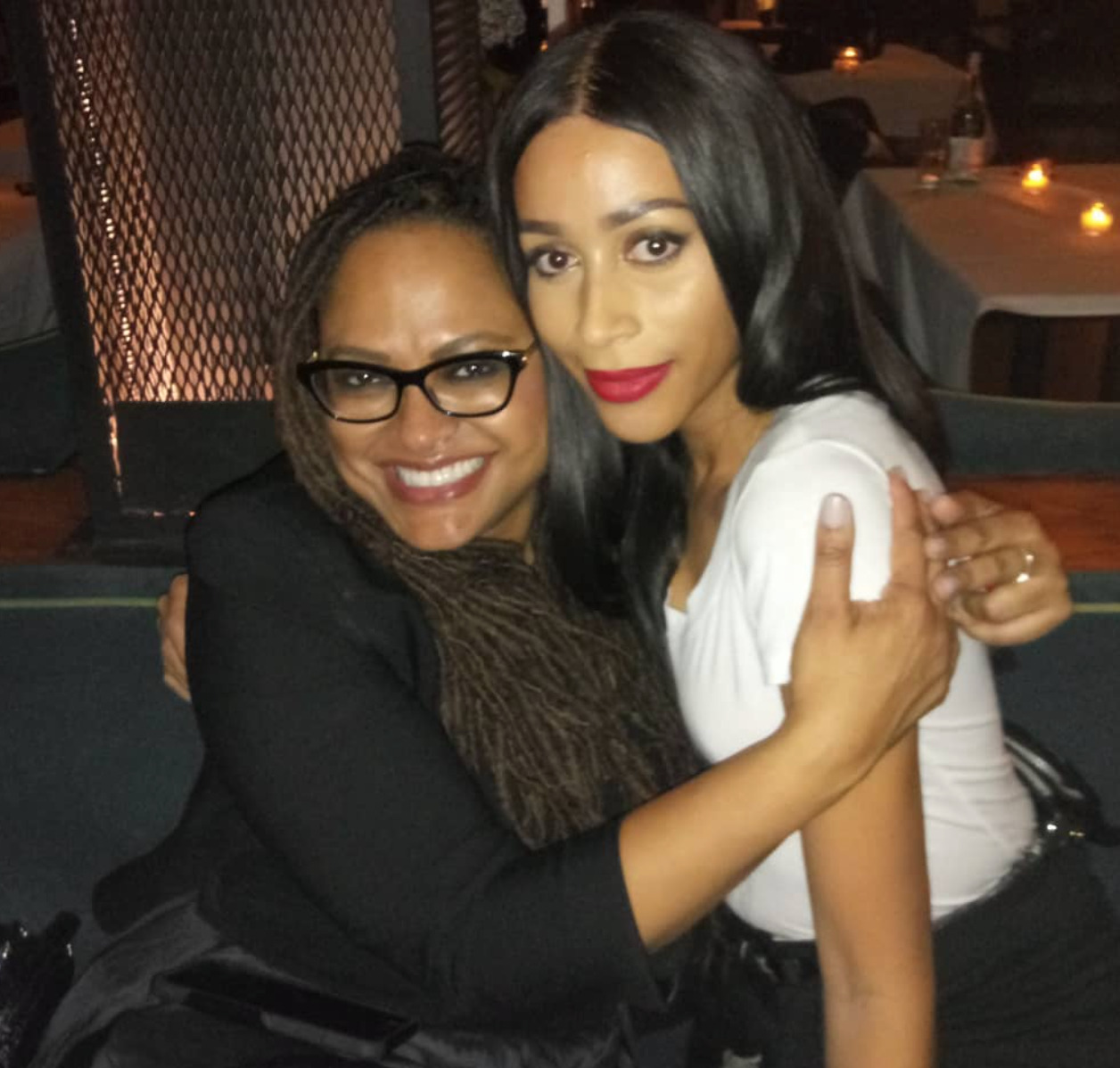 How do you think the character of Marci will change Hollywood, if at all?

The role happened and it’s sparking a conversation but it’s a disservice to not continue the conversation. More people are paying attention partly because of “When They See Us.” Opportunities are constantly denied to trans women and that has to change. Right now, POSE on FX is doing amazing with the way they are incorporating all LGBT people and that needs to keep going. But, it’s still kind of tabu. One of my last tweets was, “I never thought it would be ground breaking for a trans woman to play a trans woman.” It shouldn’t be. But I do think there are more opportunities being created now, whether that is on film, television or the internet, for us to be seen and be seen in a more positive light. This is why Marci being a positive influence in Korey’s life is important.

What are you doing now to continue to push a more positive narrative of trans women?

Right now I am doing the influencer thing with it being PRIDE month by teaming up with organizations who are doing amazing work in this space. My fans know that I am and will always be very vocal on social media about any LGBT or racial injustices because they are continuing, with so many trans women of color being murdered and abused just for being who they are. We have to take note and end this cycle and I think one way to do that is to continue to model and act to show the world that I am here and I am important, and to be that inspiration for someone else. When I was transitioning, I was told by someone else that I’d be a sex worker, because that’s what “we do.” I told them then that my life was destined for better and I proved it. I went to college and received my degree in design.  When I went on ANTM, I didn’t think it would ever be possible being in a house with all cis women and ANTM gave me the courage to do that. The community back then wasn’t a community of opportunity as it is now and I had to figure it out as I went along and now I have the opportunity to dream outside of myself. I want to be the figure who shows the next generation what is possible and to dream higher! 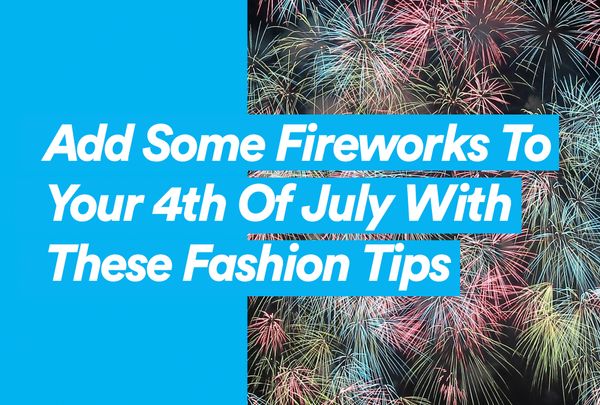 4th of July is quickly approaching, and I cringe when I imagine the fashions I’ll see on my city’s streets: girls dressed in red, white and blue with 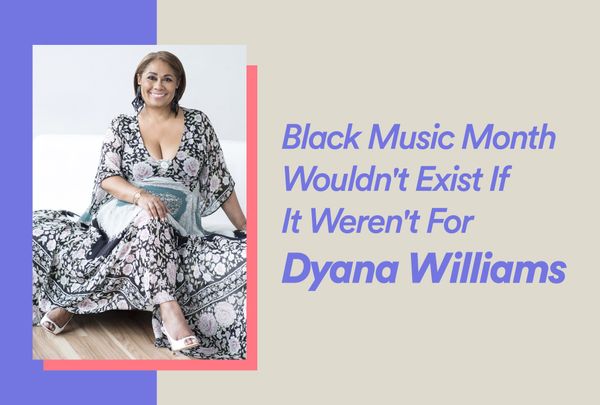 In the entertainment business, there are a special handful of unicorns behind the scenes who make magic happen. Dyana Williams is in that group. Once wife to music legend Kenny