In honor of Black History Month, we’ll be doing a series that highlights individuals who are doing amazing work in their respective careers while inspiring others. Their stories will showcase what being “real beautiful” is all about. I recently interviewed Patience Carter, survivor of the Pulse Nightclub shooting turned author, gun control advocate, and motivational speaker. We spoke about her life pre- and post-Pulse and how she is using the experience to walk into a new destiny. 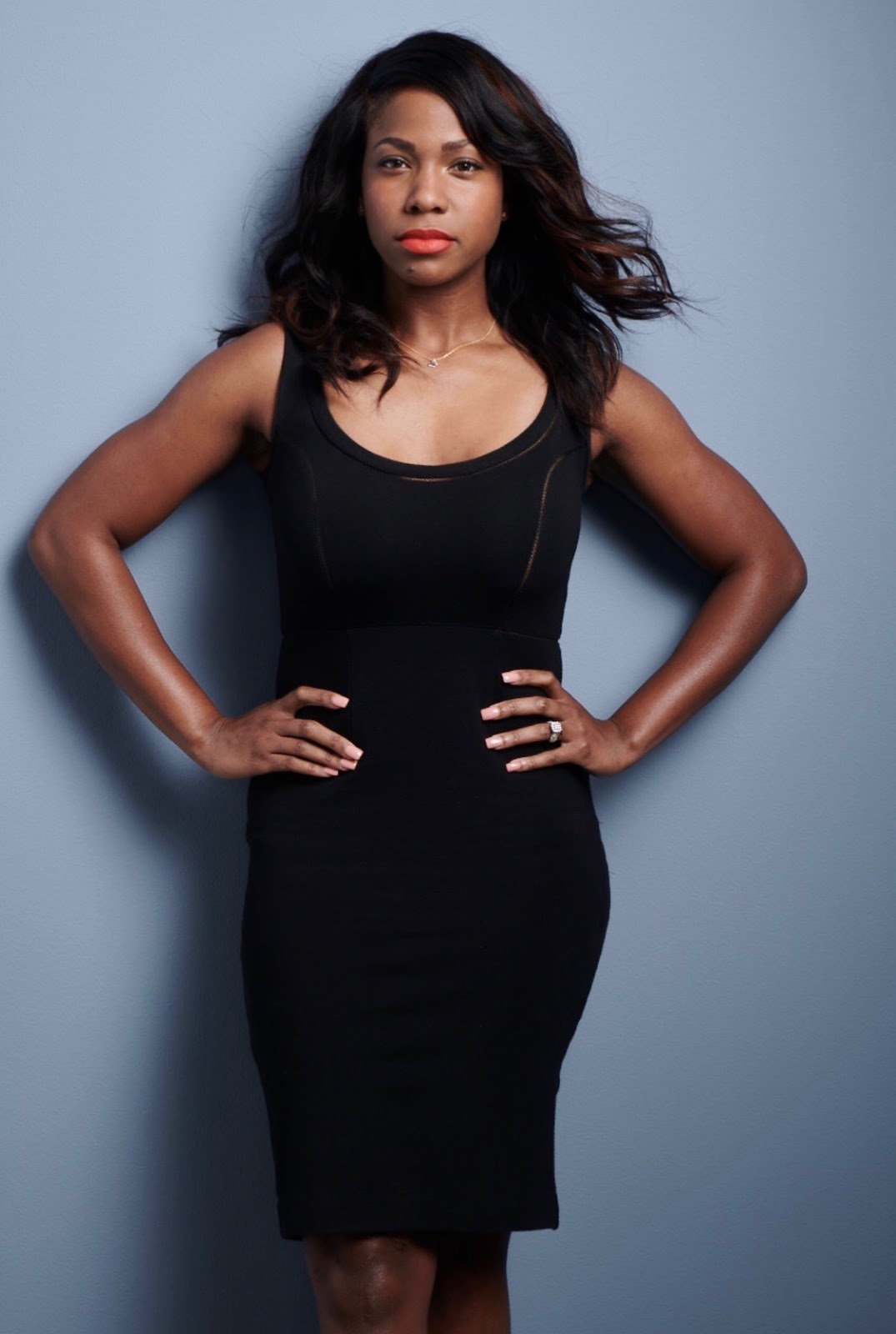 If you followed the tragic Pulse Nightclub shooting in Orlando, Florida in 2016, chances are you’ve heard of Patience Carter.

A Philadelphia native, Patience was on vacation and enjoying a night out with friends when she found herself trapped in a bathroom stall after a gunman opened fire in the packed club. Although Patience was hit in the leg, she managed to make it out alive of one of the deadliest mass shootings in US history - it left 50 families without their loved ones and numerous people injured.

A woman of true resilience, Patience found herself engulfed in every news feature for weeks to come and bravely shared her story. But, her resilience did not begin with Pulse…it was simply magnified.

Patience’s mother fled shortly after she was born, leaving her to be raised by her paternal grandmother as her father struggled with his own demons. Following her grandmother’s passing in 2007, she bounced around until she landed at an aunt’s house, where’d she remain only to suffer verbal and sometimes physical abuse. After running away and finding some comfort and more stability at an uncle’s home, she vowed that when she got the opportunity to make something of herself, she would go for it and never look back.

In high school, she applied and was accepted into a pre-college program at New York University and completed it successfully, setting her sights on the Big Apple. She graduated top of her class and thankfully, NYU awarded her enough money in scholarships and grants to get through her first year. Every year thereafter she received a full academic scholarship. Despite her success, she yearned for a true familial connection and often times felt empty.

Through the Emma Bowen Foundation for Minority Interest in Media Patience found herself becoming a full-time summer intern with FOX 29 News in Philadelphia, where she’d work in each department while she searched for her niche. It was during her time with FOX that she experienced the tragedy at Pulse and learned the hard way that all news stories are not what they appear.

I spoke with Patience about the media whirlwind that took place immediately following the shooting and her journey to healing. She shared how she discovered that her strength was connected to her upbringing, and why she ultimately made the courageous decision to not only survive, but to live.

**You spoke out quickly after the shooting. Why? **

While I was recovering in the hospital, I watched the news a lot because I wanted to find out what happened. The main thing being discussed at the time was everyone trying to figure out what the shooter’s motive was. I watched other survivors give their accounts, which were different from mine. I was stuck in the bathroom with the shooter for an agonizing three hours and he spoke about his motive. None of those things were being said. With my media background, I knew they were choosing what to share and what not to so I felt like I had the responsibility to share the truth. Unfortunately, when I told my story, the reaction was not fully what I expected. 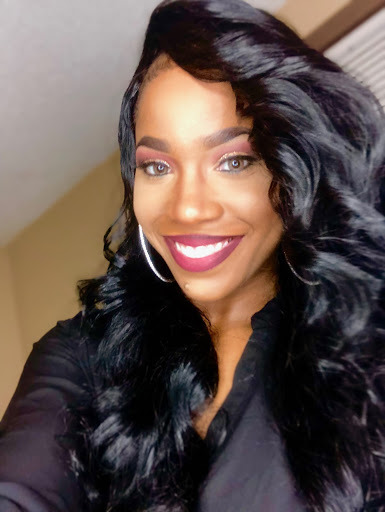 How was it being a subject of the media and facing criticism?

At that point, I’d worked behind the scenes in news for two years, never imagining that I’d become a subject of a news story. It was surreal. I remember being hot a lot during interviews. After the speculation that I was part of some large conspiracy because it made rounds that I was a news intern, things became too much. The first interview I did was a press conference and most people did not watch in its entirety. I’d ignore reporters at times for interview requests and take breaks to regroup. Watching how interviews are edited was the worst. Things were chopped up and headlines were selected just for clicks versus an actual story of substance.

What was your support system like from family or friends?

A few of my brothers visited me in the hospital, which touched me because I was distant from my family. They continued to make efforts to ensure I was okay. My dad visited also and we began to develop better communication. Other family members didn’t really check in with me. But that was normal to me because of how my family dynamic has always been. I was living with my friend at the time and her family was my major source of support.

Did you seek therapy?

I’ve always been super independent and having to be vulnerable with such a traumatic experience and the possibility of leaning on someone fully to heal was foreign. I went to one therapy session and I hated it. The therapist I had was recommended because she was a trauma specialist. She asked me to color in coloring books and use color to describe my feelings. I felt that she tried to simplify things. It wasn’t productive to my healing. Journaling became my therapy and continuing to talk about the shooting facing it head on was helpful.

**You did an episode of Iyanla Fix My Life. What did you get from that experience that you didn’t get from traditional therapy? **

Iyanla was helpful with reconciling the issue with my mom and my childhood versus letting what happened at Pulse go. Working with her, I realized that I was using my experience at Pulse as a means to seek out my mother. It was about resurfaced trauma versus the actual shooting. I learned that if my mom could be here for me, she would.

Has there been any contact with your mom since?

My mom is still MIA. None of the adults in the situation when we were younger took any initiative to find her or at least have an open dialogue with my siblings and I despite us asking throughout the years. All my dad ever told me is that she ran off to Georgia with another man after I was born. My siblings have the same story. We’ve searched social media and google in an attempt to reach her and even went as far as trying to get a private investigator and nothing came from it. None of the information is matching up. We don’t know if she hasn’t been found because she doesn’t want to be found or if it’s for a more serious reason. This year I want to get on the same page with my siblings and hopefully we are going to find some sense of closure.

What steps did you take to get back to a sense of normalcy?

My support system played a huge part. Specifically, I was falling in love. My fiancé is my friend’s cousin and he lost his sister in the Pulse shooting. He was also grieving and understood my pain. He’s the same as I am as far as being determined to move forward. I didn’t want to victimize myself. I went to a club shortly after Pulse to celebrate his birthday. I was on crutches and everything. That experience was necessary to do that so early on to show me that Pulse was an isolated incident. He helped me not allow the situation to destroy me. 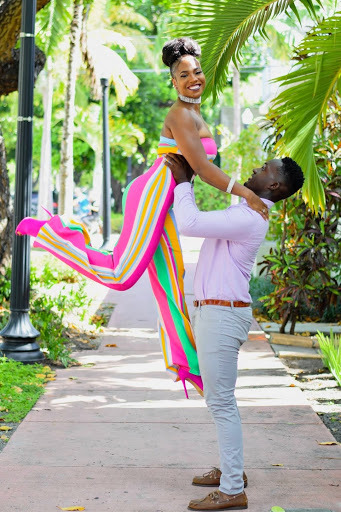 You talked a lot about your friend and the support you received from her family. How did the shooting affect your relationship?

We aren’t currently speaking. During that time, it was a lot of emotional stuff going on around Pulse that was more painful than the experience in itself. Before Pulse, we had issues. Once Pulse happened, there was this narrative painted by the media that I saved her because I went back into the club to find her after escaping with her cousin and realizing she wasn’t with us. Then, I started dating her favorite cousin. As our relationship deepened, we drifted. During tough times in our relationship, she was in the middle of our disagreements, which was unfair. She started talking to me less. I was getting the silent treatment a lot and we lived together. The timing of everything was just bad. Things like this can either pull you closer together or further apart and in our case, it was the latter.

**In the midst of all of this, were you able to finish school? **

I have one semester left. I’ve been approved to finish as a transient student at Florida International University as I now live in Florida. All that’s left to do is enroll. When I do graduate, my degree will be in media, culture and communications. I took off from school a year ago to just give myself [time] and I ended up going to California and taking a producing program at UCLA and interning at Paramount Studios, and proved that I do have the passion for media, just not journalism. I want to do producing and film so that I can control my narrative so I am excited to get things done. I’m just starting to promote my memoir “Survive Then Live.”

Tell me about your life now.

I live in Hollywood, FL and have been here for about a year with my fiance and soon-to-be stepdaughter. I’m excited because there isn’t a big film culture here and it’s just starting to boom so I’ll be able to be apart of the growth. It’s surreal to me that I’m engaged and getting married because of all of the trauma I’ve experienced. God is blessing me with a happily ever after and I need this. I work as a Brand Manager for Brand Institute in Miami, it’s a pharmaceutical branding company so I am putting my future degree to good use. I’m also an Outreach Director for the Gun Violence Survivor Foundation where I connect survivors with my founder.

How did your book “Survive Then Live

I wrote one account of what happened at Pulse throughout my journaling and never expected to do anything with it. That was until I began getting support from the public for my ability to thrive post the shooting. I was often shocked that I was moving along as well as I was and realized I could inspire others. The title of the book “Survive Then Live” really relates to the message in the book about transformation and how one incident can help push you into your best self, no matter the level of difficulty.

What do you hope the world learns from your story and how do you plan to continue to truly live?

“Survive Then Live” is about how I overcame adversity despite the odds, and utilizing those painful experiences to live without fear. That’s what I hope people learn from my story, that you don’t have to be a victim of your own circumstances. I look forward to getting married this year and continuing to use my voice to help and inspire because that’s what I think living is truly about, contributing positively to the world.

Survive Then Live is available for pre-order and will be released in March of 2019. You can keep up with Patience on Instagram. 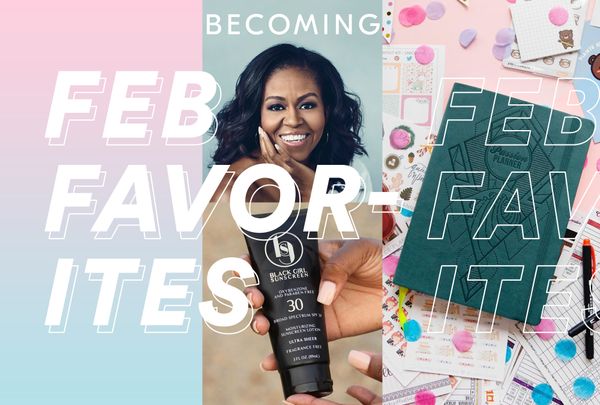 Whether you’re boo’d up or living your best single life this month, love is always** in the hair! But take note - our fave products go beyond the 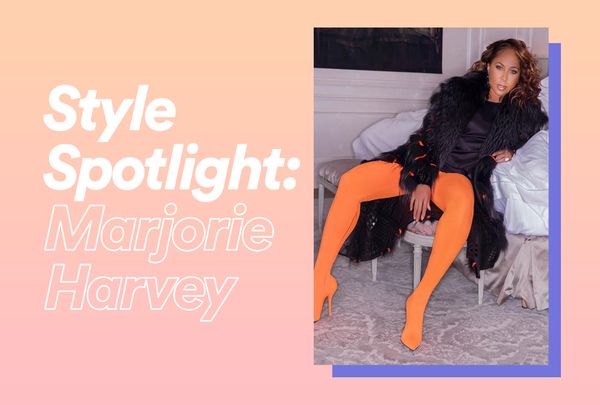 If you do a quick Google search, there’s not much you can find online about Marjorie Harvey. Outside of being the wife of comedian and talk show guru Steve