There are some hairstyles that are timeless, and others that just make you gag when you look at old pictures of yourself. That’s how I feel when I see certain looks that I donned in the 90s. The 90s were a great time in fashion overall, and hair was the ultimate accessory. Hair shows were gaining traction and the creativity that hairstylists tapped into produced some of the most legendary looks. Some are still around today, while others are extinct. Here are some of the most iconic hair looks from the 90s. 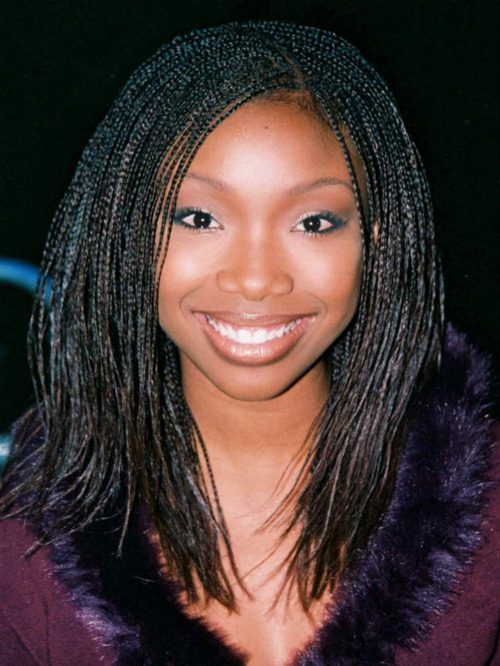 I will never understand why I thought it was a bright idea to sit in an African braiding salon for 8-12 hours every two months to have thousands of mini braids put into my hair. The install process was bad, but the takedown process was worse. It took me a minimum of two days to take all my micro braids out. It also left my hair seriously tangled, and having to wash and blowdry my hair after taking micro braids out was a hassle. But, I LOVED the style. You could not tell me I wasn’t Moesha. I wore micro braids from third grade through high school. Once they were in, I had fun styling them. I’m not sure when they faded out. Maybe it was when Brandy debuted her new look with her ‘Full Moon’ album. Regardless, I’d never sit and get them in today. But when the micros were out, it was a time to be alive! 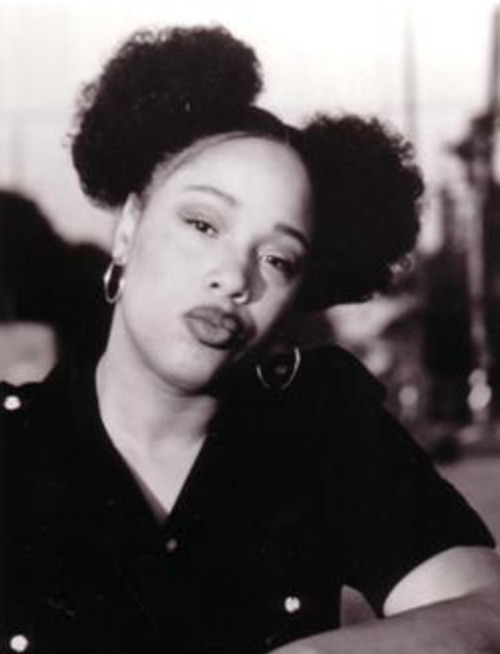 The two afro puffs were popular among the 18-22-year-old crew. The hairstyle was simple, yet edgy. It went along with the fashion style of the 90s, like baggier clothing for women. I personally never liked the style on me because I naturally look younger with ponytails, but I envied those who could pull it off. With the natural hair movement in full swing, the style has made a comeback in recent years. 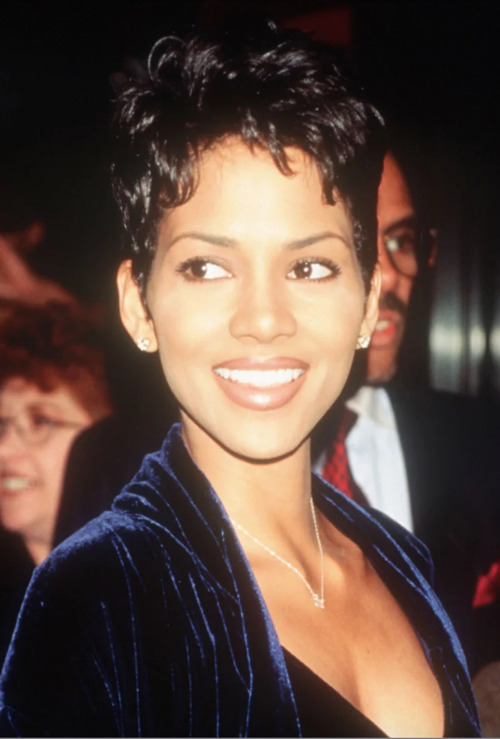 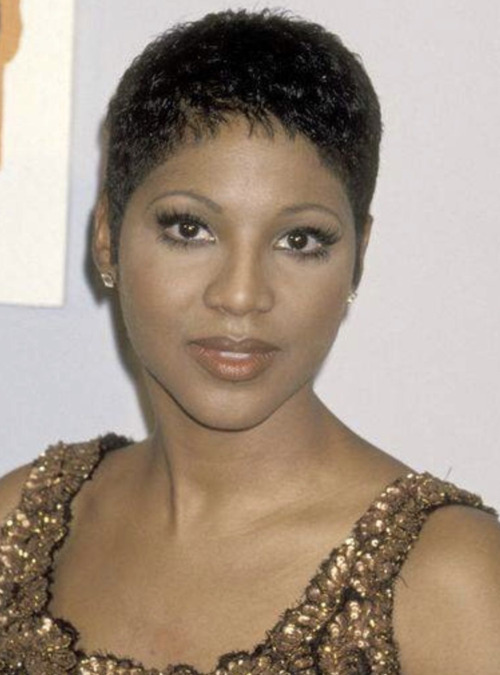 Not many women can get away with a sleek short cut, but in the 90s, Toni and Halle had men swooning over them and women pondering on whether or not they could rock a short cut. Some tried and it didn’t work, but for Halle and Toni, it would be their signature look for years to come. They both exuded sex appeal and class. Their hairstyle set them apart from their peers, giving them a sense of sophistication. Toni cut her hair again just a few years back and mixes it up between wigs and her natural short cut. Halle has opted for longer tresses these days. 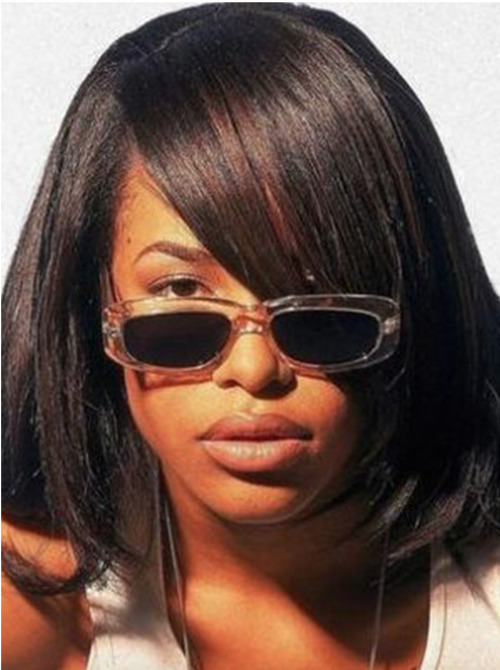 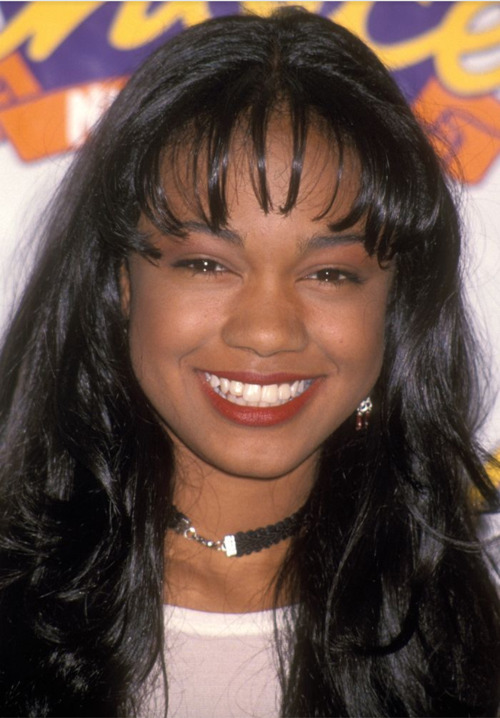 In the 90s, a teenage girl getting bangs was a symbol of growing into womanhood. I don’t know why, but bangs represented the transition and I begged my mom for bangs. I got my hair cut into a style with bangs for my 18th birthday and was feeling myself. Unfortunately, I had no idea that the bangs had to grow out, which took forever. The style was cute, and no one wore it like Aaliyah with the deep diagonal swoop. She was my hair inspo for sure. The straight horizontal bangs were never a thing for me, but others enjoyed them. For some reason or another, horizontal bangs just screamed childish, and they seemed a lot less fitting and harder to manage. Not to mention, the growing out period would take longer. 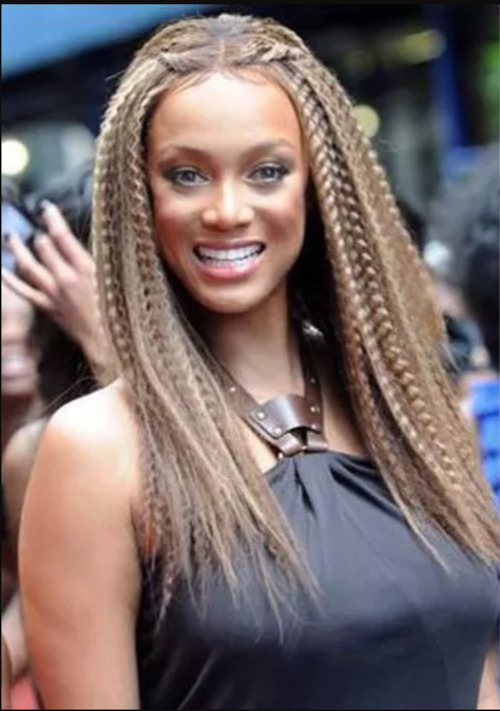 Nowadays, bundles come pre-crimped (they call it wavy now). But, there was a time when girls would spend hours in a salon chair or in the mirror with their own bumpers, trying to achieve the crimp look. I tried and failed, multiple times. It always turned out disastrous for me. But, one of my friends rocked the style until naturally crimped hair was considered played out. I probably burned a lot of my hair off by using so much heat to try and get the ultimate look. By the way, the style was a waste, because it didn’t last long. 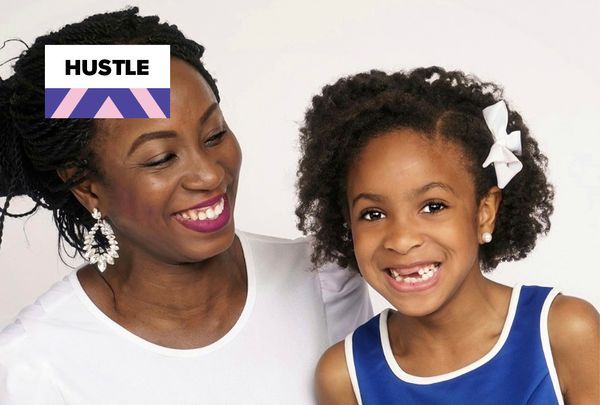 When my daughter’s hair became increasingly tangled, I knew it was time for a regular bedtime bonnet. However, I wanted to make sure that the bonnets were made of 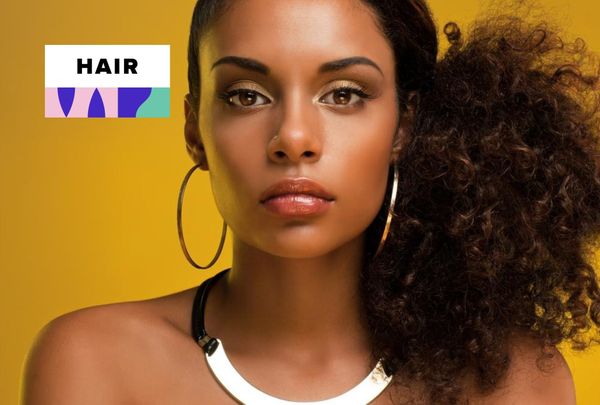 When you’re looking for a wig, you probably want to find the most natural-looking wig that complements your hairline and your face. Getting that look means considering a few