I consider myself a hair connoisseur. It’s part of what makes me feel complete. Like many women, my hair is my favorite accessory. It became even more essential to me when I found my perfect stylist five years ago. A girl’s stylist is one of the most important people in her life and she’s kept my hair slayed since our first appointment.

I typically rock a new hairstyle every 4-6 weeks and maneuver in between protective styles, such as braids and crochet weaves. Every now and then, I’ll do a sew-in. But, my hair is always on point. I can wear the most basic outfit on any day, but as long as my hair is laid, I feel like a queen.

I haven’t had that feeling lately. Actually, I haven’t had the feeling in three months. And, I’m deeply disappointed in myself. My city’s shutdown began on March 16. At the time, I was rocking beautiful tropical faux locs and had recently done the big chop for a fresh start. I was excited about my new hair journey and looked forward to working with my stylist to grow my natural hair over the next few months while still wearing protective styling. We had my next few hairstyles already mapped out.

But, the faux locs would be the beginning and end of my new journey...indefinitely. Thanks to my good girl Rona, I’ve been shut in looking as if no one loves me.

Despite me being obsessed with having amazing hair, I personally do not know how to do my own hair. I haven’t had to do my own hair since my freshman year of college. I’ve always budgeted my stylist into my monthly expenses so that I would not have to.

I held onto my faux locs for as long as I could, but by the time I entered week two of the shutdown, it was time for removal. I knew the distress that lied ahead. I was disappointed in myself because I knew the threat of a shutdown loomed weeks before it was announced.

“Why didn’t you make an appointment for braids or something just in case there was a shutdown?,” I asked myself.

At first, I thought I’d take the YouTube tutorial approach to try and do my own hair while shut-in. I figured it presented a learning opportunity and could potentially save me money in the long run when I was in-between hairstyles and not having to rush to book another appointment. I told my stylist and she was proud. “You need to; it’s easy,” she said.

She lied. I tried and failed. I watched a seven-minute YouTube tutorial on how to achieve the best twist out and used the products suggested. My twist out had no twist. It was just a fro. And I have no issues with a fro, as I often rock them with crochet weaves. But this was not the fro I imagined.

There was no pizazz, no definition. It was just out. So, I put my hair in two braids and put a scarf on and went about my day feeling pissed, defeated, and not cute. I also sent my stylist a text that she lied about doing my own hair would be easy and let her know I wouldn’t be attempting again. And, I cried.

For the next several weeks, it was just me and my scarf. Since my hair wasn’t done, I didn’t even bother getting dressed. There was nowhere for me to go anyway. My first trip to the grocery store with my new BFF “Suzie the scarf” was scary. I am NOT one of “those girls” who would dare walk outside with a scarf on - unless it’s to retrieve my mail. “This is so ratchet,” I told myself. “I’m too grown for this.”

As soon as I walked into the grocery store, I saw dozens of other women in the same attire: workout clothes and a headscarf. The getup had clearly become a universal trend during the quarantine. Some of us gave one another a head-nod as a symbol of solidarity that we “get it.” We are all in the same boat.

For work Zoom calls, I participated via audio-only. I let my job know ahead of time that I would not enable video. I didn’t even try to come up with an “acceptable” excuse. I told them outright, “My hair isn’t done.” I cared not if anyone thought the idea was silly. At best, I knew my colleagues of color would understand.

After two months, I started getting restless. Then, my boyfriend started making jokes and asking questions….as if he’s been able to get a haircut himself. The nerve of this man. “Why don’t you wear the afro? I thought it looked good,” he told me. “I’m sure your stylist would take you. You guys are close.” I just shot him evil looks.

I knew my stylist would take me. But, I was busy helping take care of my godson and didn’t want to potentially expose him to anything so I put the appointment off. I continued walking around looking a mess and feeling somber.

But, he knew not having my hair done was affecting me in ways I hadn’t realized. Every time I looked in the mirror, I’d get an attitude. Or I’d make comments of envy of friends on my social media timeline whose hair was done. “Nobody has time to sit in a mirror for hours doing their own hair,” I’d say about them. “Why do they need their hair done anyway? We can’t go anywhere.”

I knew damn well why they needed their hair done during the shutdown. They needed it done the same reason needed mine done.

Then, a glimmer of hope appeared. My city slowly started lifting restrictions. Though beauty shops aren’t considered an essential business, my stylist’s shop is in her basement, so it didn’t apply to me. I made a second appointment, put on a mask, carried hand sanitizer, and went on my merry way. I even wore my hair out in the Uber with no care in the world because I knew that in a few hours, I’d look and feel beautiful again.

Will I use this as a lesson that I need to learn to do my own hair just in case? Yes. But until then, I’ll learn slowly and keep my appointments every 4-6 weeks. 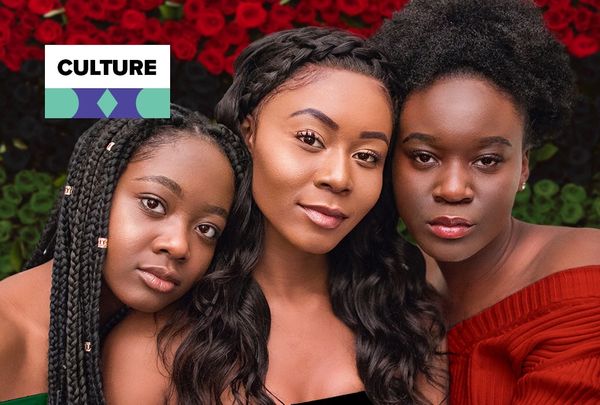 Juneteenth is one of America’s most important and most under-acknowledged holidays. Juneteenth, celebrated on June 19, marks the commemoration of the final emancipation of all slaves in the United 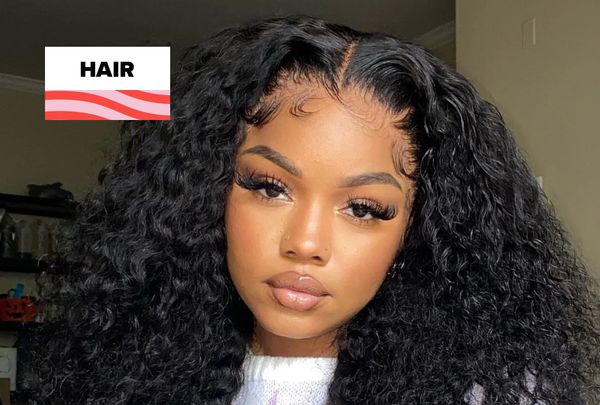 So, you’ve got your brand-new lace front wig, but you suddenly realize it there are no baby hairs on it. You could wait to wear it and take it