Until recently, I never understood the concept of women cutting off their hair as a symbol of starting over when going through any sort of personal struggle. It took me 29 years to wrap my head around the idea, but now, I get it.

I’m in the last year of my 20s and I want to make it count. That means not going into my 30s with any remnants of the BS I experienced or participated in during the last decade of my life. Simply put, I ain’t got the time. I want to grow in every way imaginable and that includes letting go of any ideologies that no longer serve me. My hair is no exception.

2020 started off great, but quickly reminded me that there is always something or someone who will try you, even when you’ve mastered the art of minding your business. Toward the end of January, a family member of mine, who was raised like my brother, did something that I felt was unforgivable. Because it involved my mom, I was deeply hurt. Typically, I take the high road. But, this time, I went on a full-blown “curse everybody out” spree - and it felt amazing.

However, being the spiritual being that I am, I knew that my behavior was out of character and I strongly believe that when you react in ways that don’t align with your core, you can unintentionally block the good karma that may be growing beneath you. It weighed heavily on me and I needed to do something about it, but apologizing to said person was not an option for me.

I had a hair appointment several days after my Waiting to Exhale moment. I was getting faux loc extensions put in my hair and told my stylist weeks before that I wanted a trim before the install. When I sat in her chair, she asked me how much I wanted her to trim off. “The ends, or several inches to keep the growth pattern consistent?” My response shocked her.

“All of it,” I told her. “Just keep enough so that you can grip for braiding.”

As a natural hair advocate and someone who loves to start over with big chops, she was thrilled, but she also wondered why. After I bared my soul to her for 20 minutes about my family drama, the earthly goddess in her understood completely.

For years, women who chopped their hair off because of whatever personal turmoil they were dealing with was strange to me. But for some reason, the minute my stylist asked me about how much I wanted her to trim, I didn’t even think twice about letting it all go. I always imagined that the decision to cut off your precious dome is something that is well-thought-out, or at least in most cases. But for me, it was impulsive.

You see, I think of hair the same I think about burning sage around your home as a ritual to rid any negative vibes. We spend so much time putting products in our hair, dedicating hours of maintenance, wigging and weaving, braiding and twisting. Over time, I would imagine that hair, like one’s brain, can become stressed with build-up from years of manipulation, both literally and figuratively.

Besides the recent family drama, I’d dealt with a ripple effect of unfortunate events, beginning in 2017 with a family death. It was beyond time for a change and the minute she snipped the first few inches off of my hair, I felt so liberated. I immediately understood the analogy of freedom and a new haircut.

Besides, it’s just hair and it’ll grow back.

Getting the perfect fit for your wig is key to rocking it with style and confidence. If you’ve ever bought a wig and found it wasn’t the right 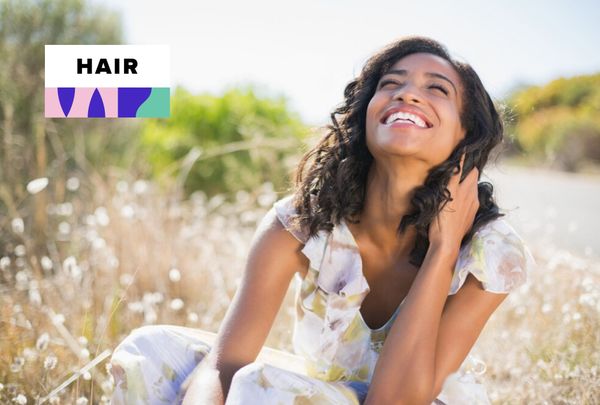