Not only did the birth of the female rap industry start fashion and beauty trends, but it also started an array of hair trends and styles among the Black community. Popular female rap artists of the 90’s like Lil Kim and Left Eye were known for their extravagant hair looks during campaigns and on stage performance. Lil Kim essentially started a trend of colored wigs, with her blue wig with bangs with the Chanel logo over it being known as one of her most popular and iconic hair looks. In addition to her iconic blue wig, Lil Kim also wore an array of wigs in different colors such as pink, yellow, green, red, and blonde, mainly using them as accessories to pair with outfits during red carpet events, fashion events like the Met Gala, and music videos.

Left Eye of TLC is another female rapper of the 90s, known for extravagant hair looks that were often paired with hair accessories and had different shapes to them. Some of her more iconic looks include bantu knots, high ponytails with hair accessories, and her hair in braided rings, which Cardi B recreated in her WAP music video last year.

In the early 2000s, Nicki Minaj started to become more popular and well-known in the rap industry. While Minaj was mainly known for her catchy music and bars, the rapper also started to gain attention for her looks, particularly her hairstyles for red carpet events and music videos. Minaj was known for her bold hairstyles, often sporting bright and colorful wigs, two-toned hairstyles, and voluminous and tall hair. While the rapper has calmed down her hairstyles over the years and wearing more natural and colored straight and curly hairstyles, there is no doubt that Nicki has an influence on what the new girls in the rap game are sporting.

Since Minaj has left the spotlight after her reign in the industry for over a decade, a new generation of female rappers are currently taking over. Some of the newest it-girls in the industry have gotten their inspiration from Lil Kim, Nicki Minaj, Left Eye, Foxy Brown, Queen Latifah and many other female rappers that came before them. Rappers like Megan Thee Stallion, the City Girls, Doja Cat, Rico Nasty, Flo Milli, Latto, Asian Doll, Kash Doll, and Cardi B are among some of the hottest female rappers out right now.

A lot of these female rappers are not only killing it in the music industry, but they are also rocking some of the best fashions, beauty looks, and hairstyles. You can often see artists like Doja Cat, Rico Nasty, Cardi B, and JT and Yung Miami of the City Girls rocking super colorful straight and curly wigs, while artists like Megan, Flo Milli, and Asian Doll are seen sporting more natural colored wigs, while switching it up and adding color every once in a while. Many of these artists also rock certain hairstyles for music videos, performances, photoshoots, and different events they are attending. Braids are also another hairstyle that have become more prevalent in both the industry and in the real world. Artists like Asian Doll, Rico Nasty, and Coi Leray are often seen rocking cornrows, box braids, and knotless braids.

While the rap industry has consistently been changing over the past two decades, the hairstyles have changed along with it. Some hairstyles have come back in style, while others have been embraced more. Many young Black women are often inspired by some of these rappers and decide to recreate certain hairstyles and embrace different colors in their hair because of it. The consistent change within hair in the rap community has inspired a whole new generation of Black youth who are willing to not only embrace out cultural hairstyles, but also embrace new styles and colors. Our hair is so versatile and the rap industry has helped bring that to light. 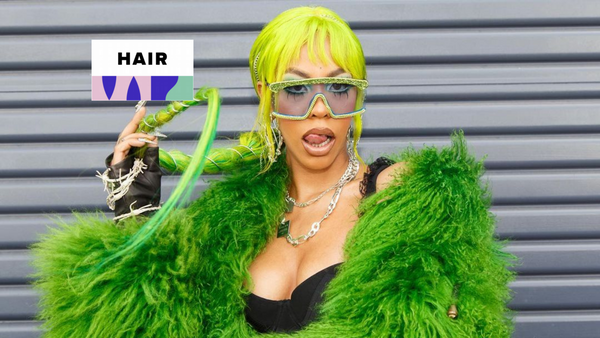 Not only is Rico Nasty [https://www.instagram.com/riconasty/] known for her diverse sound, the rapper is also known for her funky on- and off-stage looks. As an artist 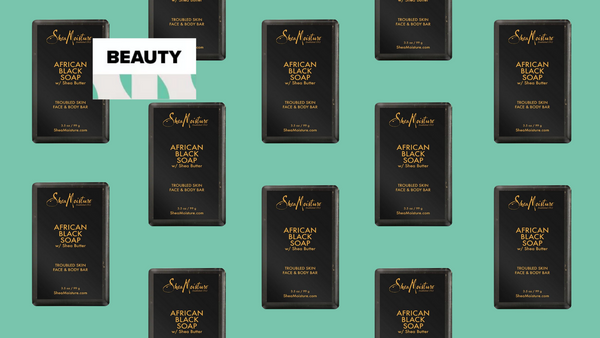 African black soap is seemingly a one-and-done skincare powerhouse that tackles dry skin, fades dark spots, and heals breakouts. This age-old beauty secret is known for its cleansing and clarifying