Fans of Tamar Braxton have been yearning for her return to hosting since her 2016 exit from the FOX daytime talk show The Real. Braxton vowed to give her fans their wish in the form of her own talk show with the support of television guru Steve Harvey, but due to contractual obligations elsewhere, the show never got off the ground.

Thankfully, fans still had her number one WeTV family reality series, Braxton Family Values, to keep up with Braxton’s antics. It was soon announced that she was landing a second spin-off, Get Ya Life, which would follow the youngest of the Braxton clan post-divorce and while managing her life and career on her own terms. The show is scheduled to debut in July.

Though viewers were excited to see Braxton on her reality series, they wanted more of Braxton in her own light, giving the same level of sass and opinion. When the Grammy-nominated singer announced that she landed her own VH1 beauty series, it seemed like the perfect fit.

Braxton and glam are synonymous. The diva is known for her love of labels and a fabulous (typically blonde) wig. She even had her own fashion line, The Tamar Collection, and admitted to being addicted to wigs, housing over 100 in her personal collection.

She broke the news of her show in an exclusive chat with The Jasmine Brand in June 2019, saying, “I have a VH1 show coming up that got picked up for 20 episodes. I’m really excited about it. So they’re [WeTV] being a little bit more lenient nowadays. It’s 20 episodes and it will air next year.” The show, To Catch a Beautician, premiered in May and has been a hit, but Braxton is not solely responsible for the show’s popularity. She tapped celebrity stylist and hair expert Johnny Wright to provide his expertise along the way.

Each episode follows the duo, who meet with disgruntled clients who’ve experienced hair disasters at the hands of their trusted stylists. With Wright’s guidance, the stylists are put through a rigorous boot camp and provided with the skills for proper hair care. They are then given the opportunity to correct their mistakes on the client and regain their business.

Wright is the man for the job. He brings years of experience, including working as the hairstylist for former First Lady Michelle Obama during her eight years in the White House.

Before slaying Mrs. Obama’s tresses, Wright was a working stylist in Chicago who learned everything he knew about hair from his grandmother. He became infatuated with hair when he was just three years old. Wright earned his beauty license in 2000 from the Dudley Beauty College of Chicago, but a chance meeting with the former First Lady would change everything for him.

“[Barack] Obama had announced his presidential candidacy two weeks earlier, and I got a call about an opportunity to style Michelle Obama’s hair at a photoshoot for Essence,” he explained in an interview with The Beauty Experience. “It was the chance of a lifetime.”

His celebrity client roster expanded after working in the White House. He’s worked with Kerry Washington, Tamron Hall, Janet Mock, Angela Rye, Cynthia Bailey, Regina King, and Queen Latifah, among others. He’s given his expertise on CNN, MSNBC, and The Tamron Hall Show.

In 2017, he decided it was time to take his experience and step out on faith to chase his dream of being an expert for television. “I gave up 300 clients back in Chicago in 2017 to pursue a career in television,” he told the New York Post. “I dreamed of doing this since 2007…but was interrupted when I first moved to DC to be with Michelle Obama for eight years.”

As for what he hopes viewers will take away from his role on To Catch A Beautician, Wright’s answer is simple: “What I want you to take away from this show is how important communication is in every aspect of your life — particularly in the hair salon,” he told The Post. 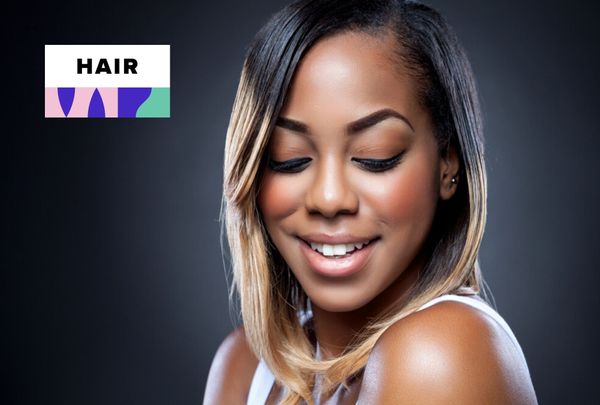 Choosing the right human hair wig [https://shop.mayvenn.com/categories/13-wigs] for yourself may feel like a challenging task. There are so many factors to consider like texture, style, 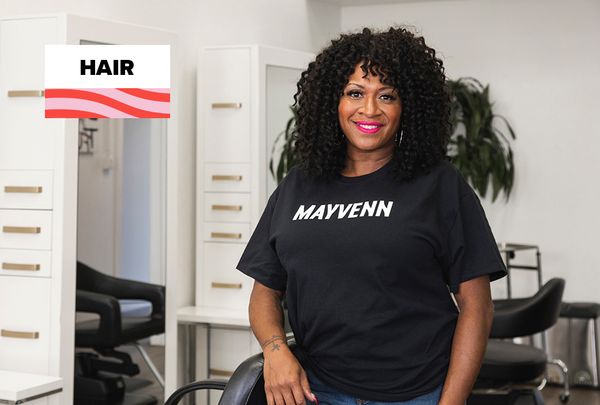 For people across the globe, this year has not panned out as planned. The coronavirus (COVID-19) pandemic brought life as we know it to a screeching halt. Then, the deaths