We're back with part two of the Halloween heat!  We are giving you all of the details on how to kill their iconic looks! This time around, we’re not just featuring entertainers and influencers, we also threw in characters from your favorite movies and TV shows! 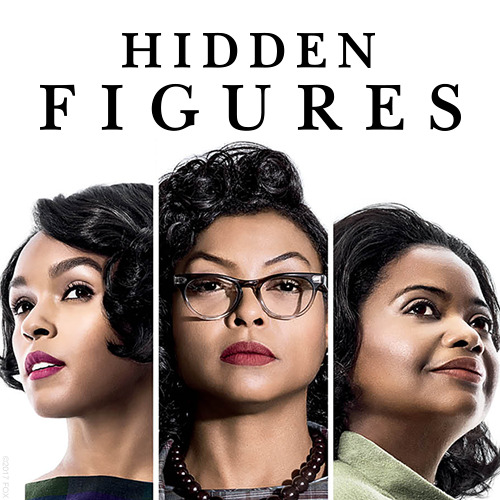 Hidden Figures won the BET Award for Best Movie, grossed over $160 million dollars and told the story of a dynamic trio that paved the way for black women in science. None other than, Hidden Figures starring Taraji P. Henson, Octavia Spencer and Janelle Monae. Set in the early 1960’s, fory black women this was a time of short do’s with bodywaves and hairpins. If you and your  girlfriends are looking for the perfect costumes for a group of three, consider a retro two piece suit, cat eye glasses, a pair of closed-toe chunky heels and a Malaysian body wave wig cut for length.

How To Get Away With Murder - Viola Davis 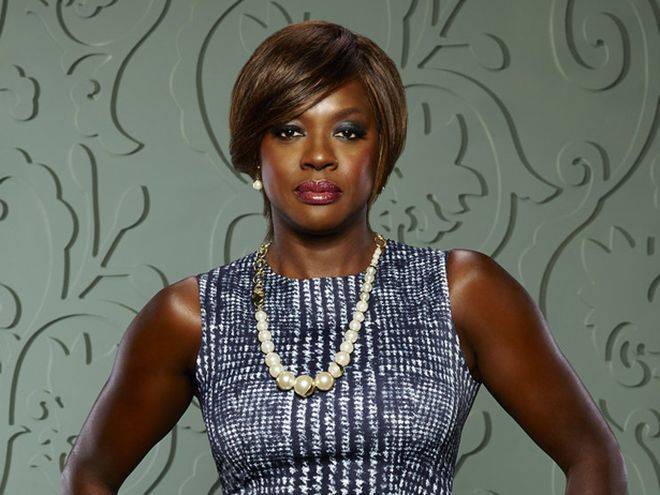 Dressing for success is key for this  mysterious matriarch, as many of the scenes take place in the classroom. In How To Get Away With Murder, Viola Davis demands excellence from her students in a short-brown wig, a fitted dress and briefcase in-hand. She is always ready for anyone’s next move and it’s this confidence that makes her look quintessential! You can achieve this look in a dark brown, lace front wig that’s cut into a pixie style with enough length at the top to create a side-bang swoop. 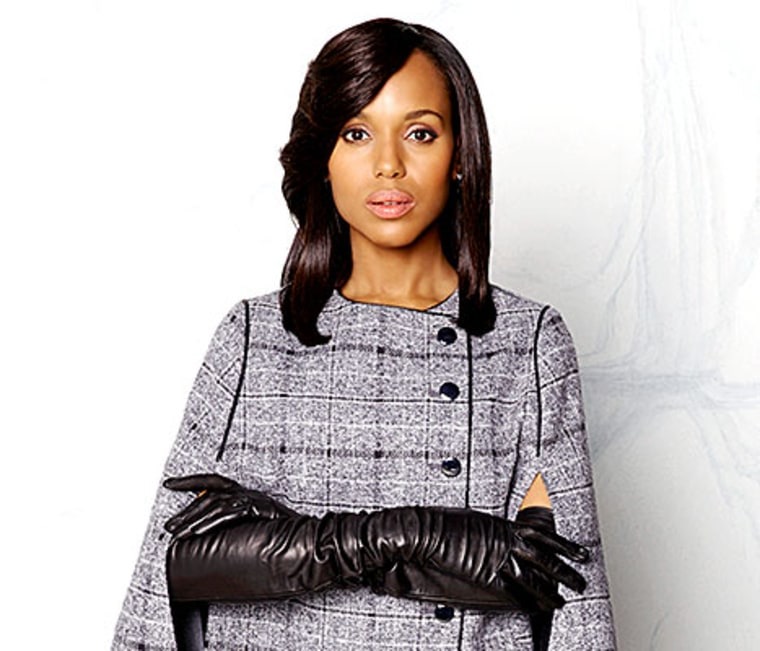 Holding up the other end of the ABC network is Kerry Washington as Olivia Pope on Scandal. Whether she’s aggressively nurturing a teammate or attempting to resist the advances of Fitz, Washington’s shoulder length locks exude professionalism and poise. Accomplish this style with 10 or 12” extensions, a side part and shine oil throughout. You won’t get enough of flipping those tresses in all of their glorious versatility. Add a peacoat and a cellphone and you could probably, actually pose as a stunt double. 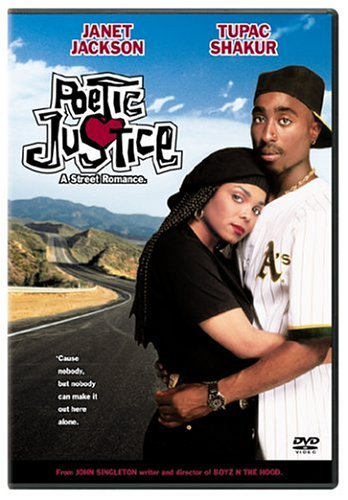 Speaking of twinning, Janet Jackson showed all of us just how good 50 looks after her Hollywood Bowl performance in Los Angeles, CA. Many of us can name a number of iconic looks that Jackson has donned however, it’s her Poetic Justice look that stole our hearts. Box braids, a floppy hat and high waisted jeans are the key elements of this look making it easy to accomplish. And you don’t even need to stress about making a braid appointment! Braided wigs are a new and wonderful option, not just for halloween but anytime you want length with a little creativity. 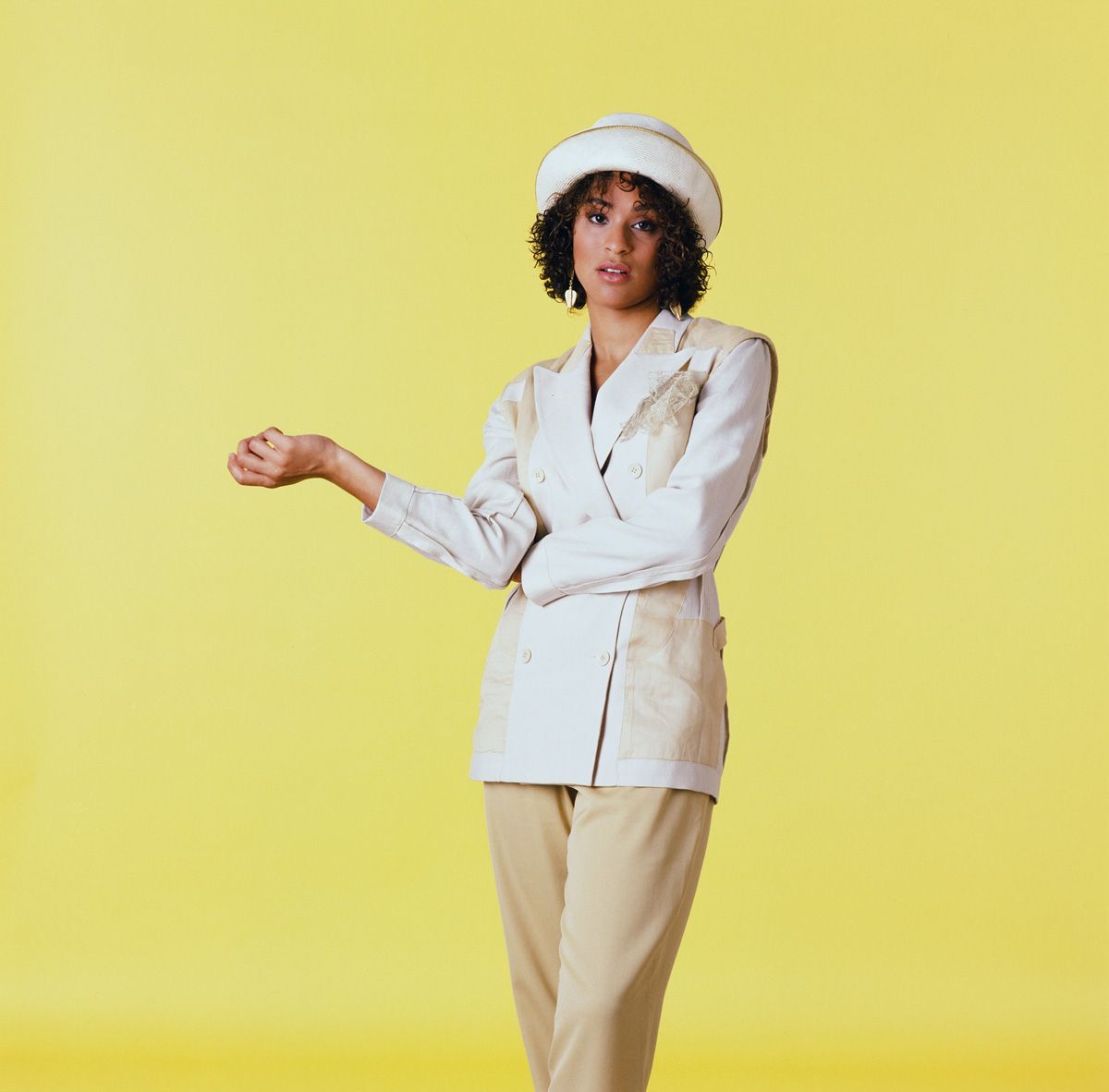 Hillary Banks of the Fresh Prince set a precedence for so many young girls that being fly was the only full-time job you needed. By now, we’ve learned otherwise, but that doesn’t mean that we can’t appreciate her fashion genius! In a two-piece suit, with the bag, shoes and hat to match, Hillary made a shoulder length curly cut look chic yet simple. Give your Deep Wave  a couple sprays of warm water and run through them with some mousse, and you have yourself a Hillary-do! 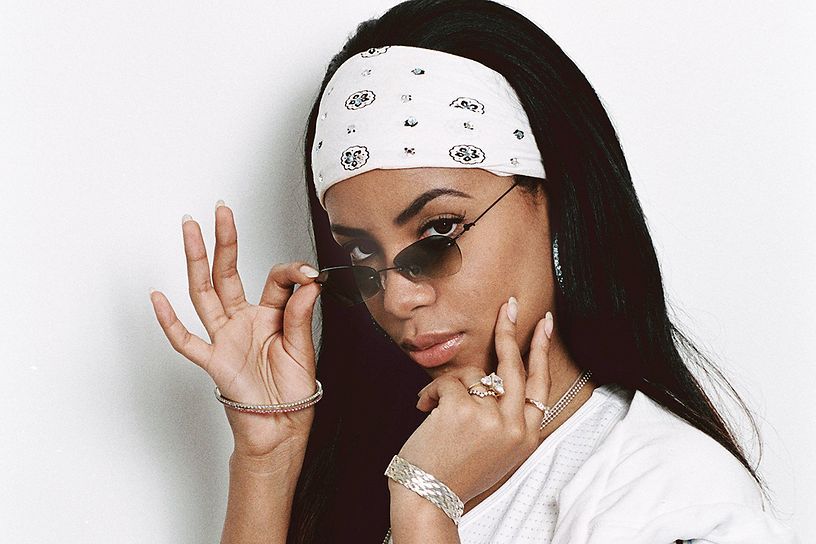 The iconic ‘90’s crooner, the late Aaliyah Houghton needs no introduction. Her sultry voice and futuristic dance moves set her apart from other artists, and her adventurous sense of style afforded her the opportunity of starring in several films. Her long dark hair and over-the-eye swoop are what she’s best known for when it comes to individual style. Add a pair of shades, a tight top and baggy jeans and you’ll being paying homage to one of the sweetest souls to ever entertain. 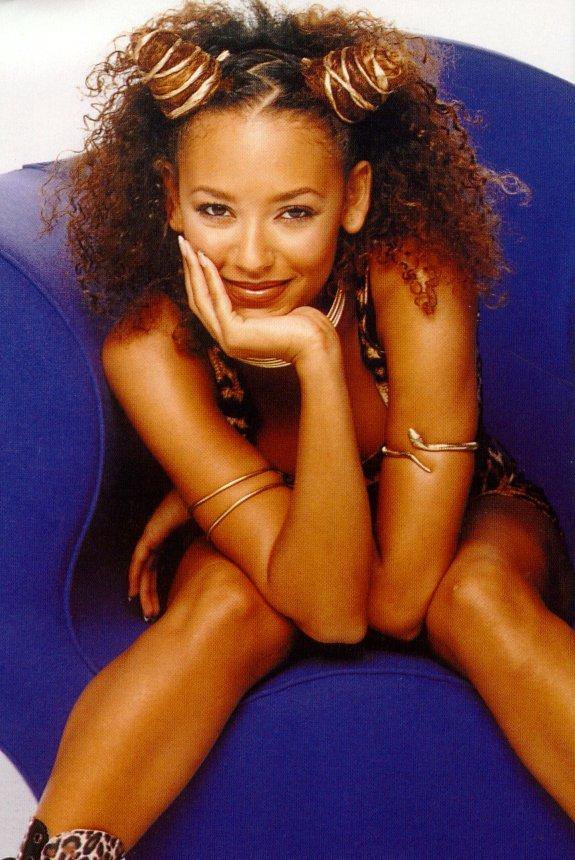 The 90’s were a great time for alternative music and dress among black women throughout the world. If there was ever an era where the mold was broken it was this one. Spice Girls diva, “Scary Spice” better known as Mel B., showed every young girl that being herself is what truly mattered. And it still does! With flexi-rods or simply by adding a bit of leave-in conditioner to your texture, you can rock a twist out that screams scary yet spicy. Add some blonde streaks and you’ll be ready to tell everyone what you really, really want! 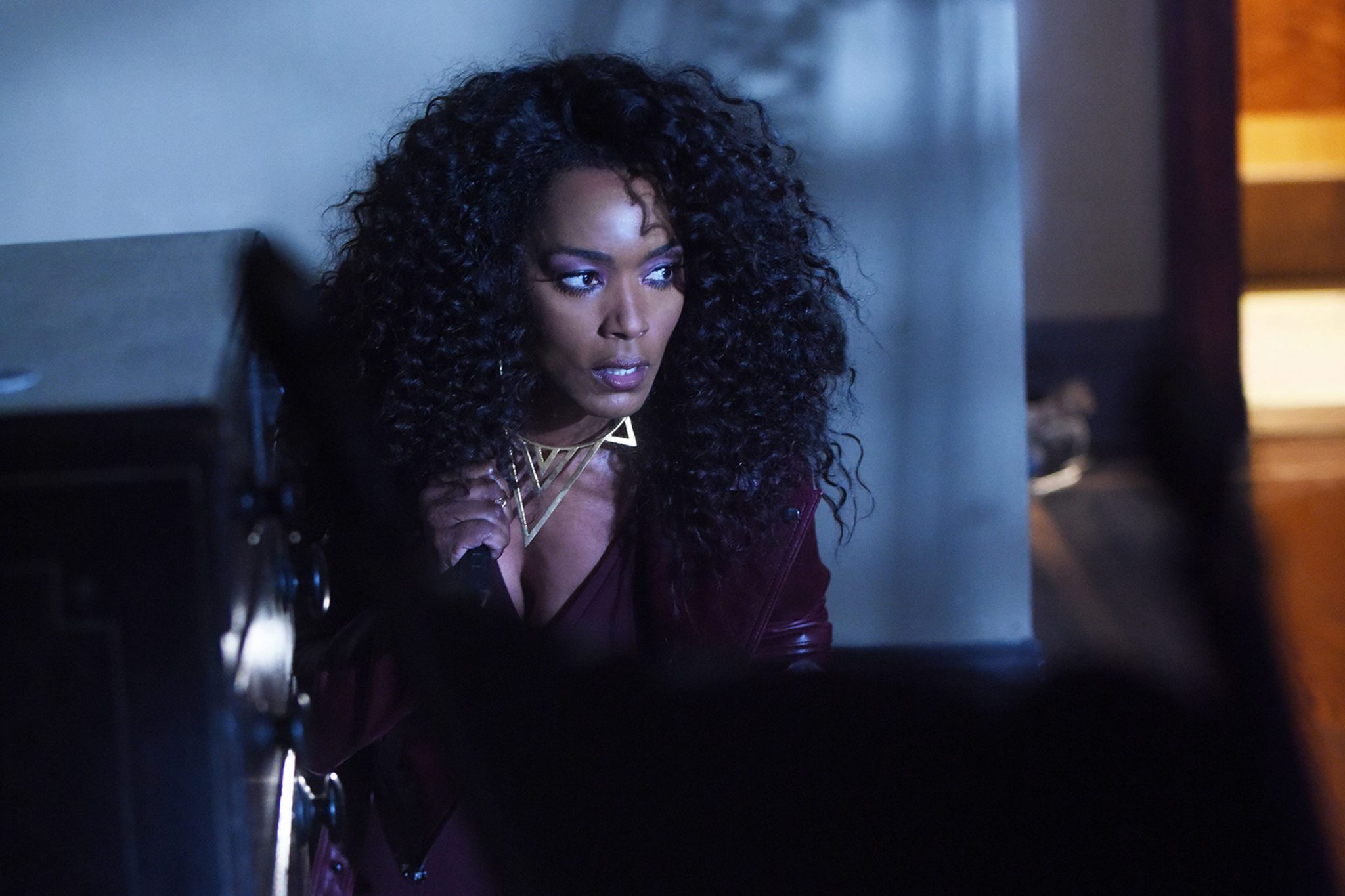 Is it scary looks you’re thirsting after? Then look no further than Angela Bassett’s character on American Horror Story. The esteemed actress has a number of films under her belt along with, or so itseems, an unlimited drinking pass to the fountainof youth. But her talent outshines all of that! As a witch of sorts, Bassett rocks box braids (another braid opp, just for you) with a deep-toned scarf, bangle bracelets and dark lipstick. This is a simple look that, if you add other accessories (crystal ball and/or an AHS logo), you could really sell the look. Cast a spell on everyone with magical combination. 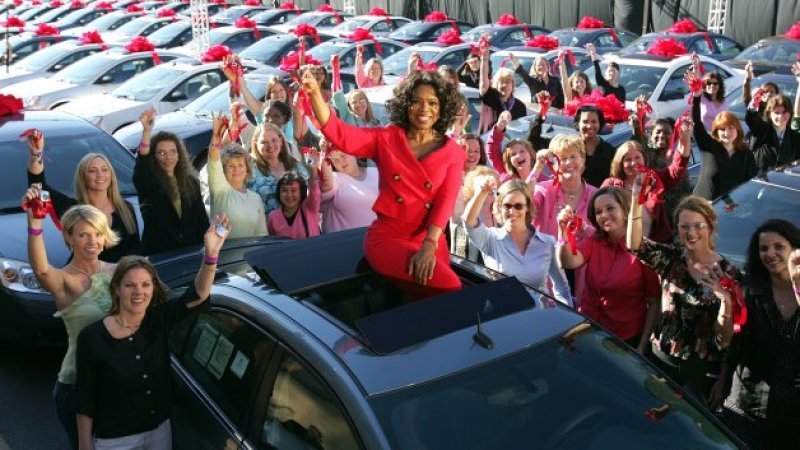 Magical in every way is one of our favorite aunties, Oprah Winfrey. Her achievements as a black woman and award-winning journalist/actor have paved the way for dreamers, writers and anyone that’s hear her story. While she no longer has a daytime show, it’s those episodes that I remember best. Especially when she gave away all of those cars! A feathered, shoulder-length cut and a red, two-piece suit (with photos or figurines of cars) will let everyone know who you’ve modeled your look after, the queen of #careergoals. 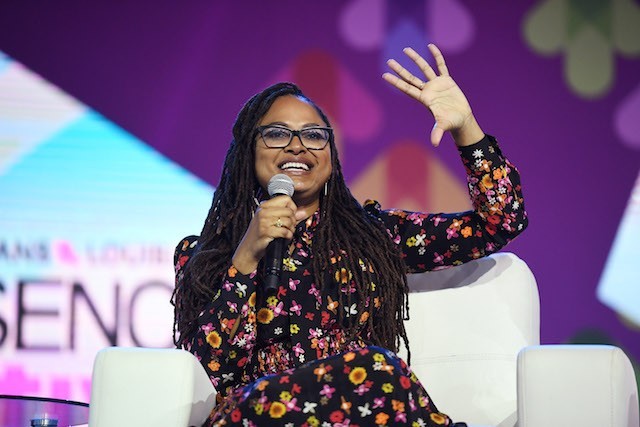 This documentary filmmaker is also already experiencing tremendous success having produced 13th and awaiting the debut of her featured film, A Wrinkle In Time. Ava Duvernay is the strong, socially conscious, gorgeous content creator that keeps it all the way real in her films and in her interviews. Her long dreads, worn straight and wavy, are also a staple of her look. With faux dreads, you can accomplish her iconic look, paired with reading glasses and any item or set of black clothing and a deep berry lip.

Now that you have some more inspiration, across other platforms and eras, you can turn heads at the local Halloween party. Feel free to share with us your favorite looks from our lists and add #HalloweenHairdos to your costume photos. We look forward to seeing your looks and wish you a safe Halloween! 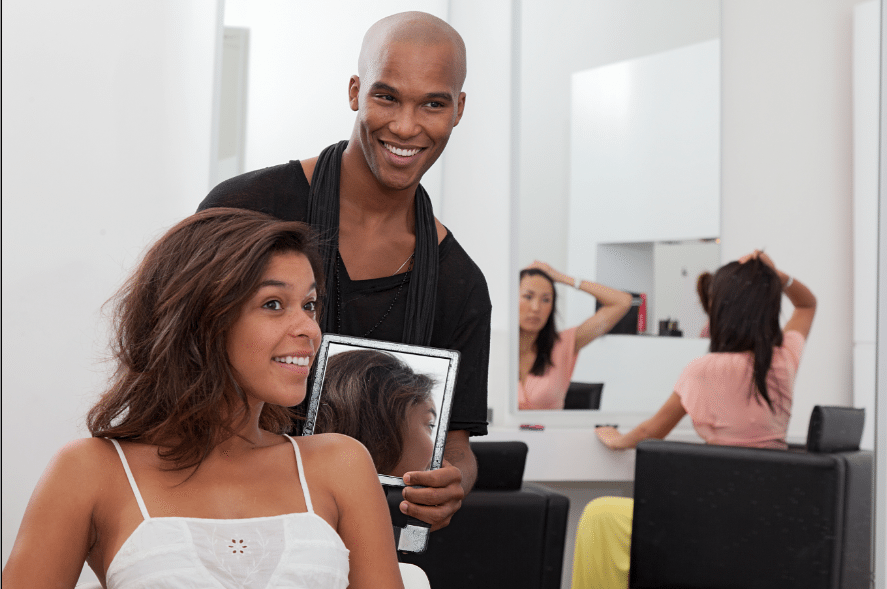 *This post was written by Kiah Mcbride and originally appeared on xoNecole. * I’m not going to lie. Sometimes I have a hard time parting with that extra paper after 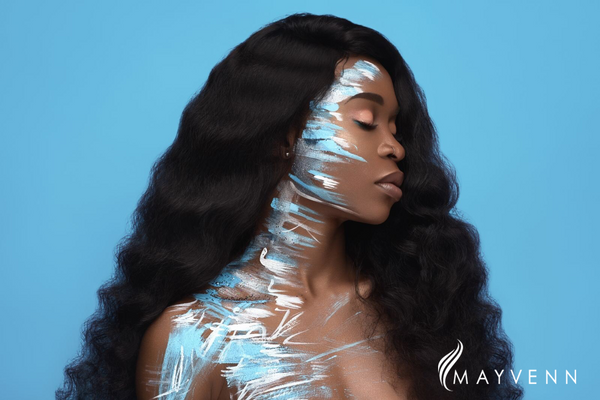 In support of Breast Cancer Awareness Month, we are honoring some of the brave women who are fighting in the battle against breast cancer. The launch of Mayvenn’s wig