There’s something fascinating about a woman that shaves her head. The move is bold. It’s inspiring. It’s beautiful. It takes a certain level of guts and confidence.

I’ve always been interested in cutting my hair, but have refrained for two reasons:

There’s plenty of women who’ve had the bravery to do what I cannot and take the plunge with a shaved head. Here are some of our favorite celebs who’ve had the nerve to wear a baldie, proudly. 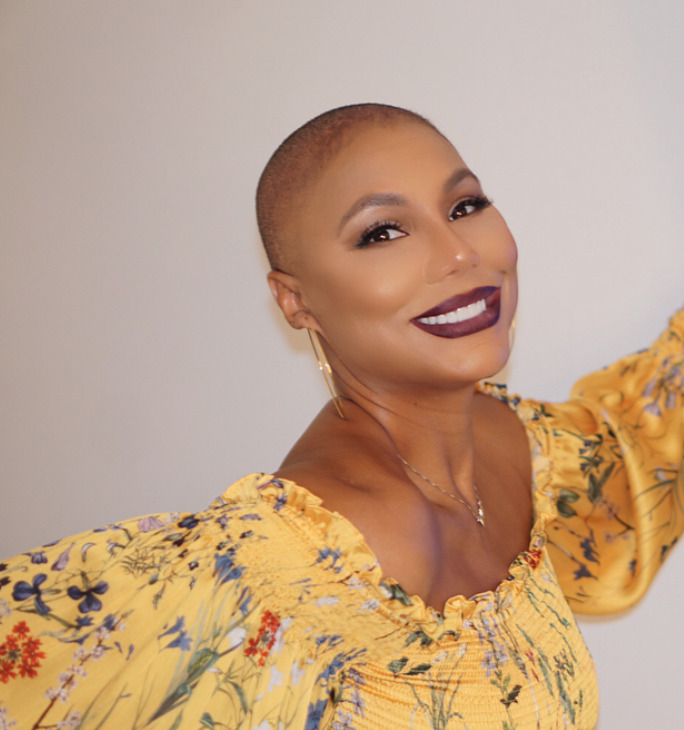 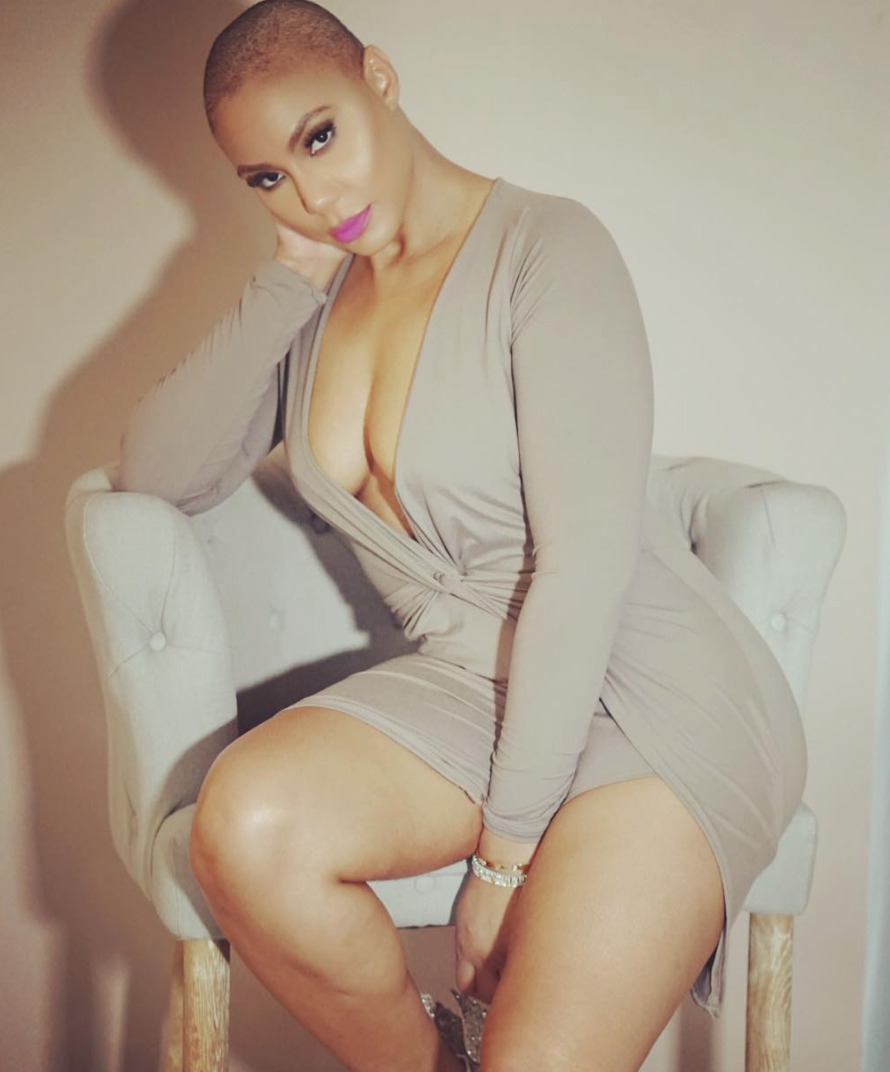 This was a shocker. If you’re a fan of the Braxton girls, you know they love their wigs, specifically Tamar. Blonde, long and wavy is the youngest Braxton sisters go-to. So when she went live on Instagram and shaved her hair off, fans anticipated the outcome. I’ll admit, it was an adjustment for me because I was so used to her lace fronts. But with her beauty, bold personality, and her affinity for fashion and a beat face, the new cut not only gives her more edge, but also allows her confidence to shine through. Her television appearances and performances haven’t slowed down.  At a recent show, midway through, she got rid of her performance wig making the statement that her hair does not define her. She also recently dyed her short hair neon pink! 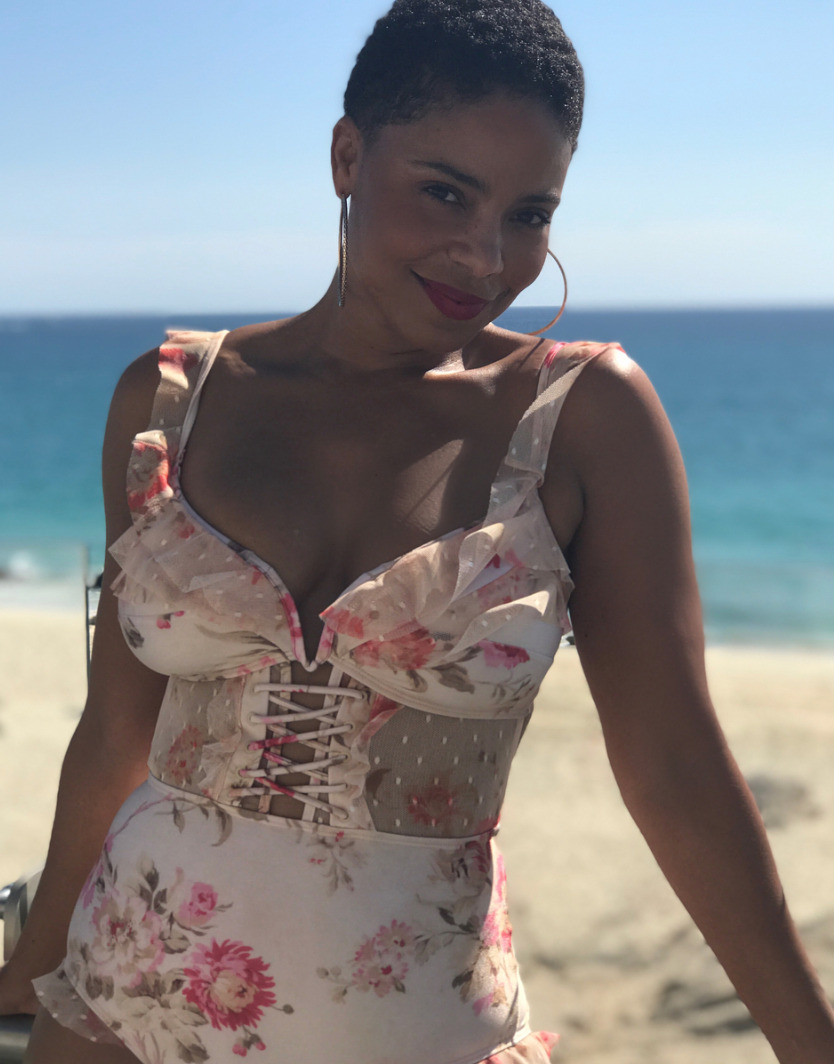 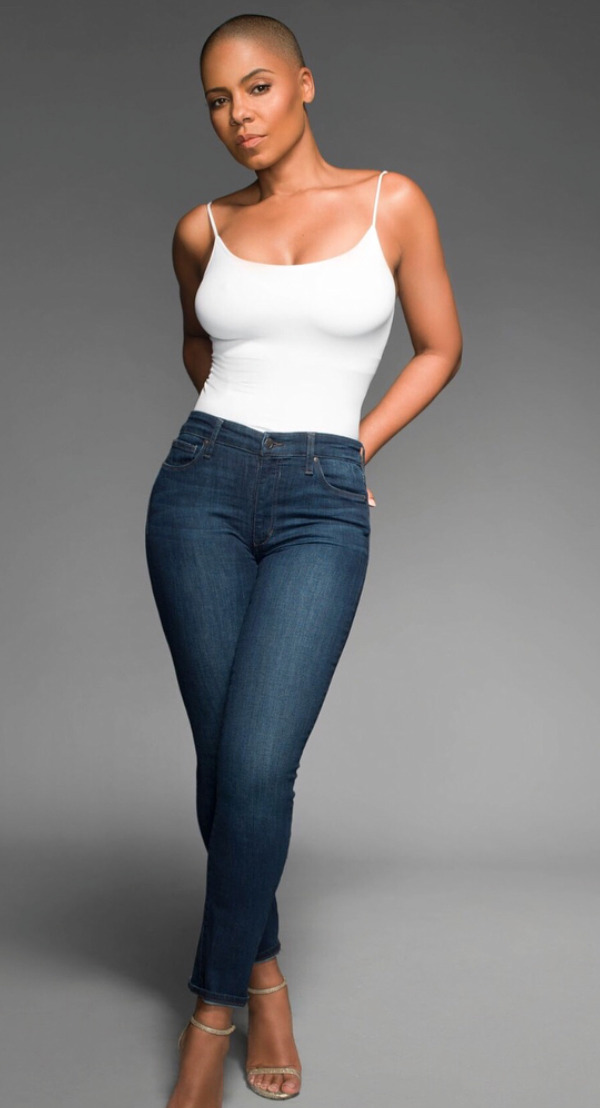 Known for her thick natural hair and her commitment  to her craft, Sanaa cut her hair for a role inn an upcoming Netflix film. Well, it’s working on and off screen because Sanaa is stunning bald. It adds a layer of maturity to her look without appearing elderly. It’s classic. Since the cut, she’s been allowing her natural ‘fro to grow. 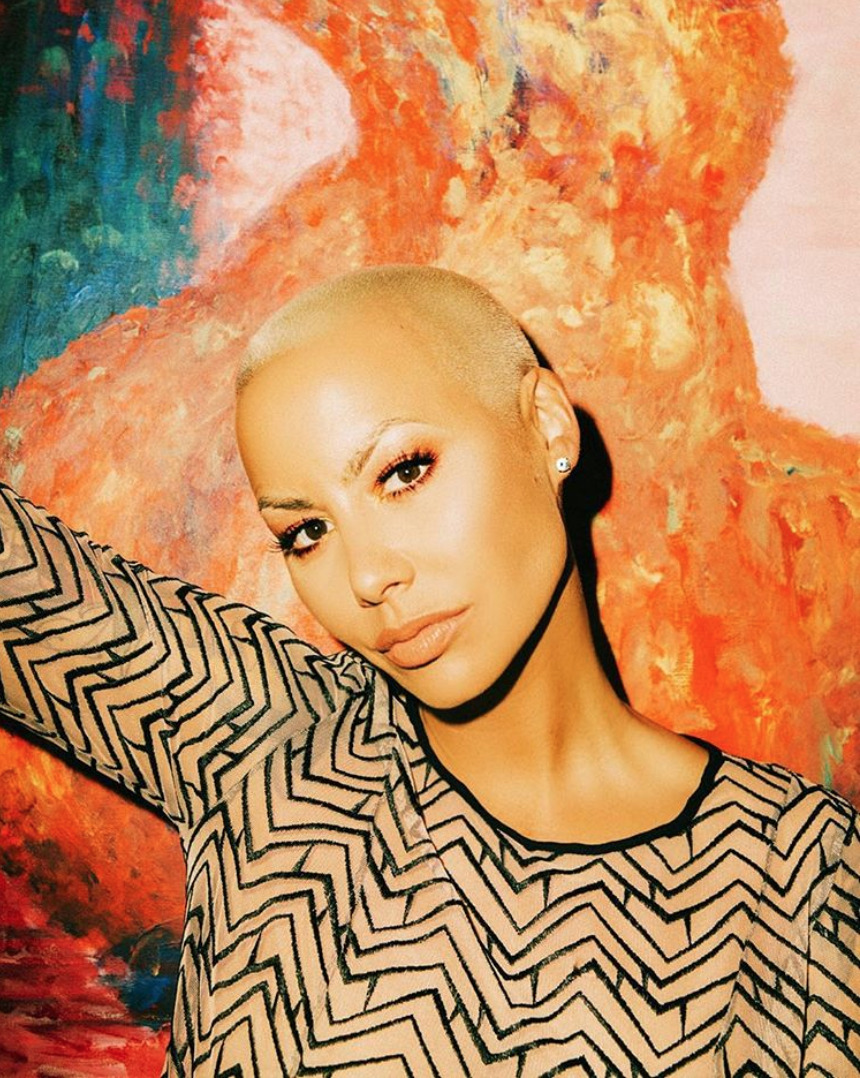 The world was introduced to Amber as a bald, blonde bombshell. Since meeting her, she’s wowed us with her striking beauty and style. She’s rocked wigs here and there, but we prefer her with the signature dome she’s rocked consecutively for well over a decade. When asked why she initially shaved her head, she explained to Oxygen that she was a huge fan of Sinead O'Connor, fellow Philadelphian rapper Eve, and overall just wanted to be different. Thank God she took the risk because no one does this looks quite like Amber. 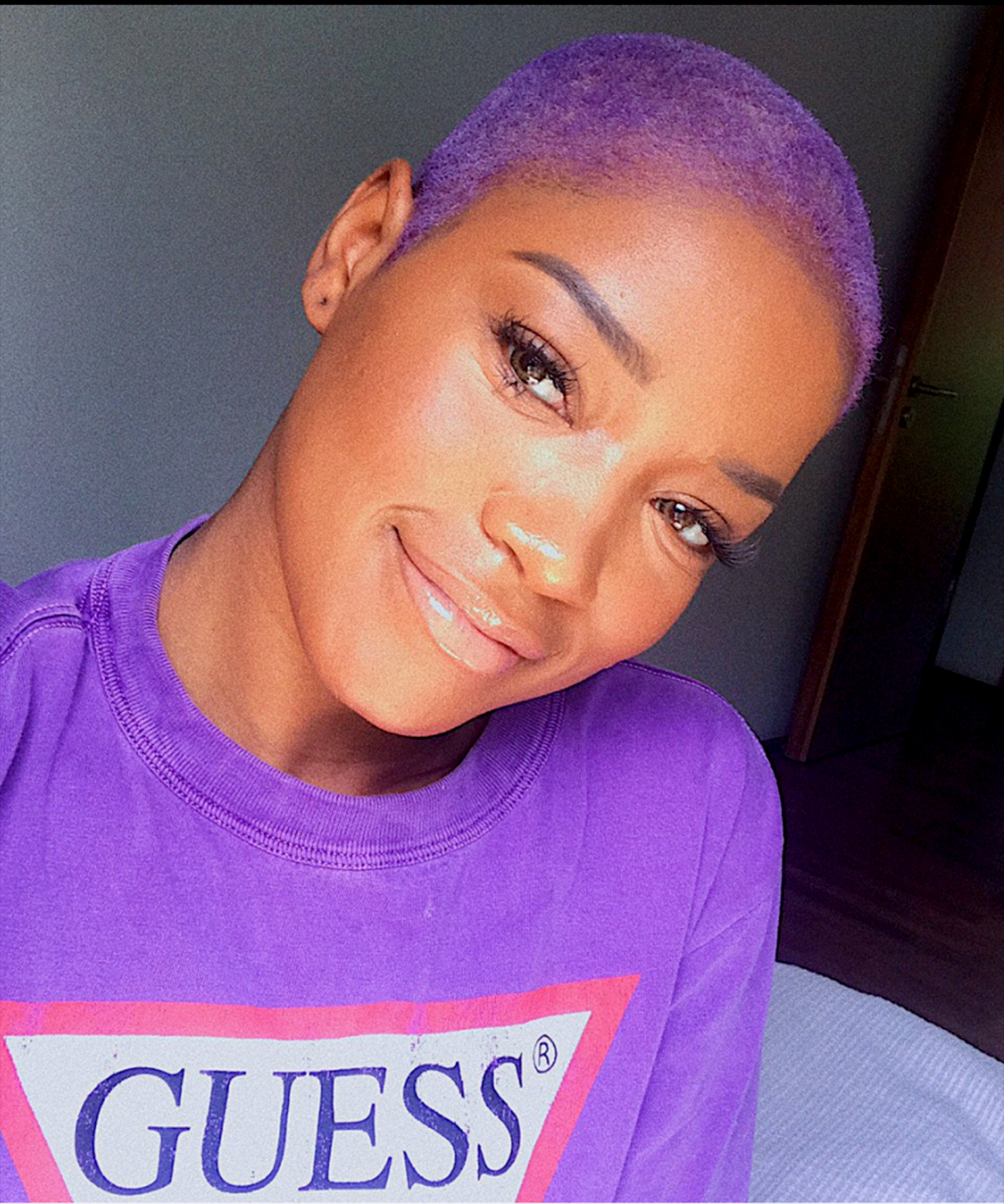 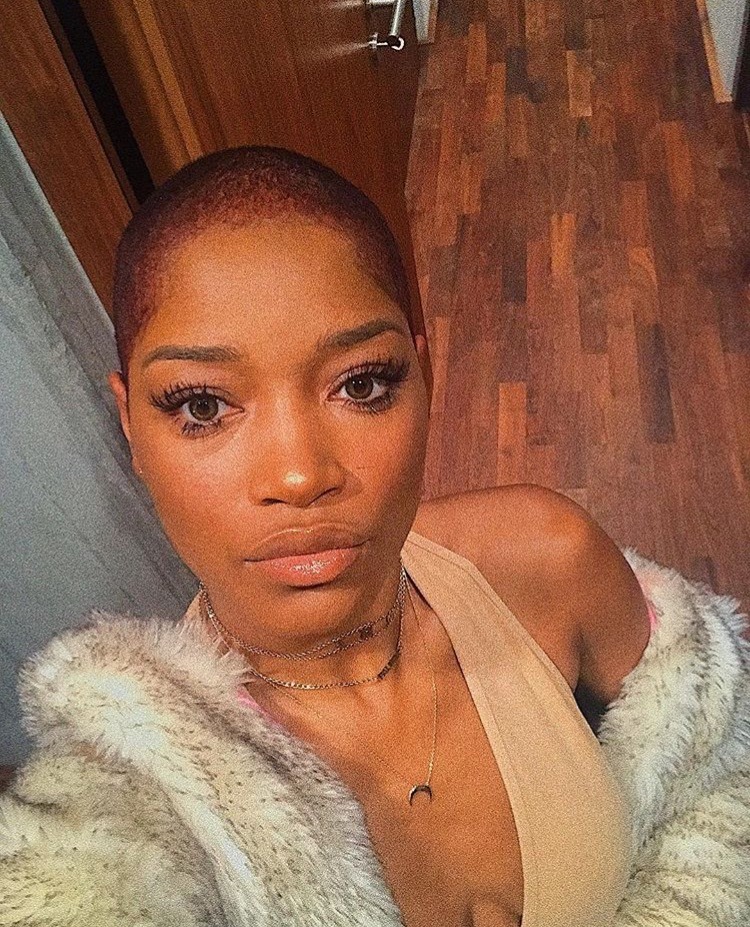 KeKe is my favorite type of crazy. She’s grown up in front of the world and, as she’s aged, she’s tried different things to creatively show us that she’s #adulting. She shocked fans by chopping her hair off through an IG bare-faced photo and found a way to make the style her own with different dye jobs, including purple and burgundy. It was cute while it lasted!

With such a unique facial structure, Coel’s new cut has her looking like she’s straight out of a top runway show. It fits her kooky personality and she has the bone structure to pull it off. She’s been rocking her buzz cut with pride while simultaneously naked on IG doing Bikram Yoga and the like. Live your best life Michaela! 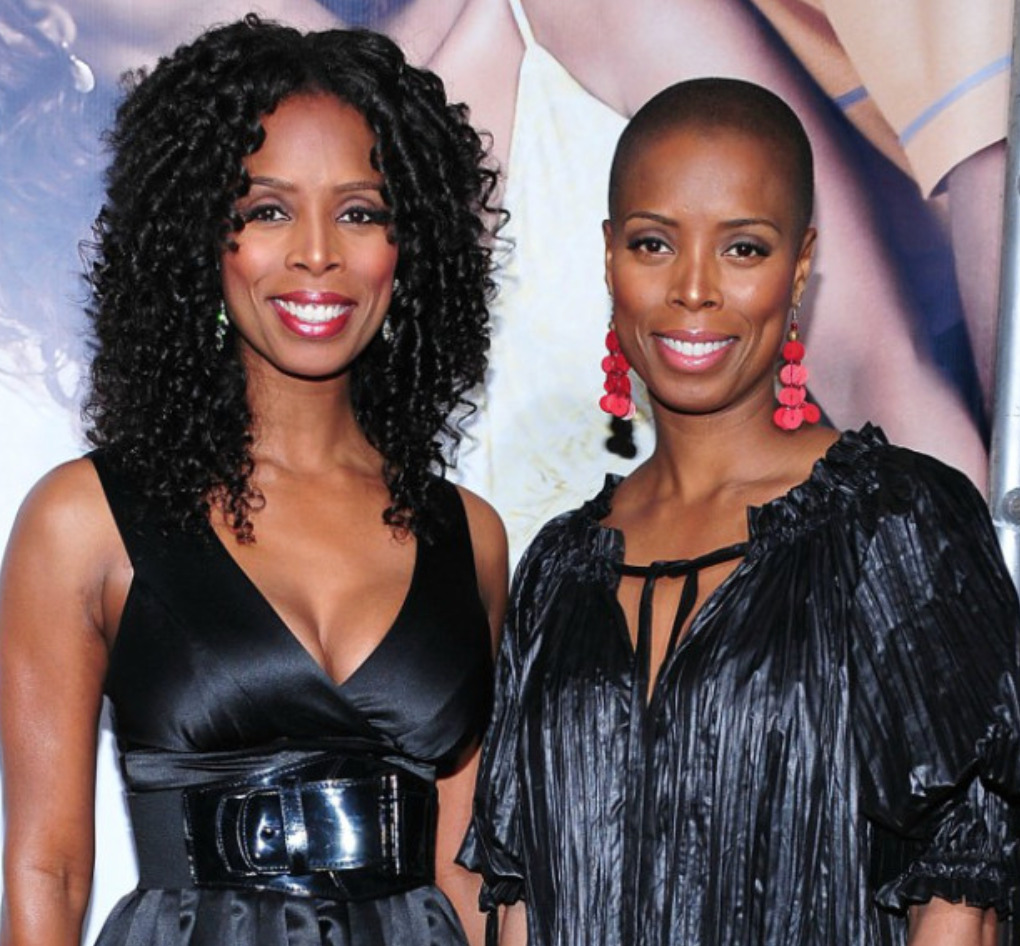 Twin sister of actress Tasha Smith, Sidra, is a striking bald beauty. Her glowing skin and daring clothing choices create an overall chic look. In an interview with Essence Magazine in 2017, Sidra says that she was 12 years old when she first had a weave installed. She became obsessed with hair over the next decade. So much so that shetransitioned into a basement hairstylist in Camden to do  weaves and micros for her friends in the neighborhood. That all changed when she did the big chop on the eve of her 31st birthday, after years of her hair holding her hostage. Thankfully, she took the plunge. Her baldie is everything!

[
View this post on Instagram
](https://www.instagram.com/p/BjsbRZ1lfWW/?utm_source=ig_embed&utm_campaign=loading)[I have a PODCAST!! Called “SongVersation” I choose one of my songs - riff on that song, simple as that! Episode 3 is up now!! The song WORTHY has taken us a LOT of places!! Lol Check it out! Find it on apple podcast (stitcher and the anchor app) meanwhile ~ im over here still LOVING being bald - ish lol and my silver patch is poppin! love to all #soulbirdsworldwide #songversation #worthy #songversationmedicine #songversationworthy #iamlight](https://www.instagram.com/p/BjsbRZ1lfWW/?utm_source=ig_embed&utm_campaign=loading)

India coined the phrase, “I am not my hair” when she released her debut song of the same title. The song preaches how hair is simply an extension of one’s beauty and not the deciding factor. Debuting as an artist with glorious locks, she’s cut her hair twice since stepping onto the scene, both as a symbol of renewal and starting fresh spiritually and creatively. Both times, she’s done it effortlessly.

***Who are some of your favorite celebrities or influencers who are beautifully bald? *** 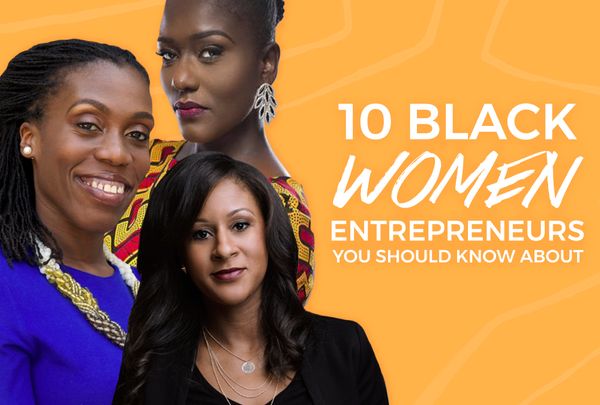 According to the U.S. Census Bureau, Black female-owned businesses are the fastest growing economic force in the United States. Despite challenges such as lack of capital and funding, racial 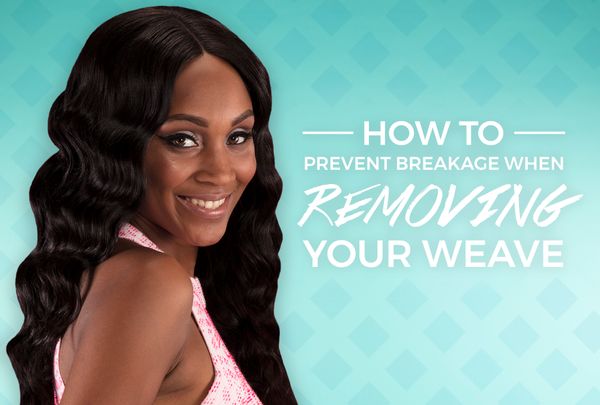 Hair Breakage After Weave When it comes to rockin’ a weave, whether with a closure or leave-out, part of the execution relies on proper maintenance. Believe it or not, how