Since the death of George Floyd, the world has been on fire, and rightfully so.

Demonstrations calling for an end to anti-Black racism and police violence are happening worldwide as Black people, and our allies, stand up to say "enough is enough." But Floyd's death isn't the only one on the minds of protesters. Activists are also seeking justice for Breonna Taylor, Ahmaud Arbery, and the countless other black men and women whose lives have been wrongfully cut short. From walking home with skittles (Trayvon Martin) to having a broken taillight (Sandra Bland) to relaxing at home (Bothem Sean), black people are dying from simply living. And, for a long time, it seemed like no one cared but us.

If you ask me how I'm doing right now, at this moment in time, I'd tell you I'm not okay. I'm tired and angry. I'm sad and broken. In a word, I'm wrecked. Systemic racism and the evils that come with it have laid a heavy burden on all of our hearts. This emotional, physical, and spiritual weight is difficult to cope with even for the strongest among us. So what about our children?

As protests mount around the globe to fight inequality and injustice, I've become strongly protective of my children's childhood and their right to enjoy it. I have two elementary school-aged boys who are all about living life to the fullest. In the new normal of COVID-19 isolation, their days revolve around playing in the backyard, hanging with their younger cousins, watching their new pet fish, and immersing themselves in video games. I love to see their Black boy joy. Their smiles are innocent, sweet, and infectious. When they laugh, it's carefree, full-bodied, and genuine. For them, right and wrong are simple. Their happiness and vision of the world remind me that there is hope. And I need to protect that innocence for as long as I can. I'm angered that at a young age, our children are expected to shoulder a load grown adults find crippling. They have a right to enjoy childhood as much as any other child.

It's never been easy to be a parent, and no one ever said it would be. But I didn't expect the constant worry, the mom guilt, or the sleepless nights. I've second-guessed everything from choosing a school to weaning them off breast milk. But I've never wavered in my belief that their childhood should be full of as much joy as my husband and I can give them. What caring parent doesn't want that for their children? But, as the mother of Black children, from the moment they are born, something sinister begins to creep into the recesses of your mind. It's the realization that one day you will have to tell them something that will break your heart and change how they perceive the world and themselves. You will have to warn them that the color of their skin puts them at risk.

While I am protective of them knowing too much, they must be told some truths.

I have a running dialogue with my kids about racism and the fact that people may treat them differently, disregard them, or even want to harm them because of the color of their skin. But that's enough for now. Do I need them to know that a police officer knelt on a Black man's neck for over 8 minutes? Or that another Black man was hunted down in the streets, shot, and killed, like an animal while he was jogging? Do I want them to see that these violent incidents were captured on video, and millions have watched as these men fought for their lives or gasped for their final breaths? Do I want them to understand that despite the existence of these videos, somehow, it's still not enough? Do they need to know that it's only through uprisings and protests that their killers are now being charged with crimes?

The answer is, no. No, I don't want my children to come to the sad realization that in today's world, a black person's life is valued less than others. When my boys shed tears now, it's about hurt feelings, the things they've lost, or the bruises and scrapes they've gained. I don't want them to cry for humanity, for their safety, or for their lives.

I realize the pandemic has helped my cause, affording me a certain freedom that I don't think I would have gotten otherwise. Being away from school and outside influences have made it possible for them to be unaware of the chaos. And I'm good with that. I'm reminded that youth's innocence and happiness are precious, and once it's gone, you can never get it back.

The movement around the world and the call to action are necessary and long overdue. I support this fight wholeheartedly and will do what I can as an adult who is fully aware of the corruption and injustice in the world. I will do my part to fight and speak up for those who have no voice. But I won't ask the same of them, not just yet. I can't keep the world at bay for much longer, they have to grow up and come into their own. And I know as my sons get older, our conversations about the complexities of race and inequity will grow deeper. But I want them to be at a stage where they can fully comprehend those discussions. I want them to know that their lives, as do all black lives, matter. But right now they are sensitive boys, dreaming of summer and the time when school is over.

I realize I'm lucky to be able to shelter my kids from the cruelty of the world for a little while longer. I am also aware that many may not have that option or may choose to tell their children more. My heart aches for the children who face racism daily and for the trials they've already been subjected to in their short lives. I wish that all of our children could have a childhood where they don't have to fear for their safety because of the color of their skin. They have a right to that. 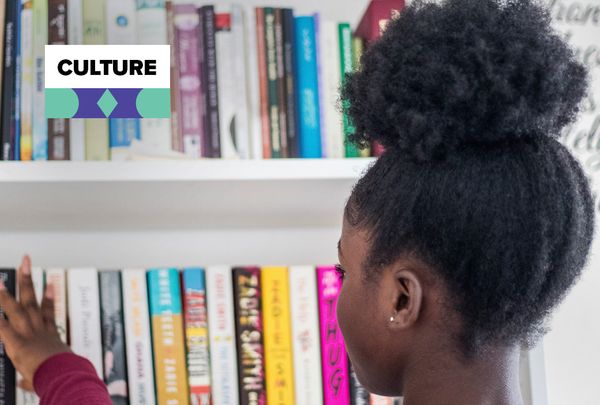 Now, more than ever, is the perfect time to affirm your little one’s beauty – including their natural hair. Braids, locs, afros, ponytails, or twists. No matter the style, children 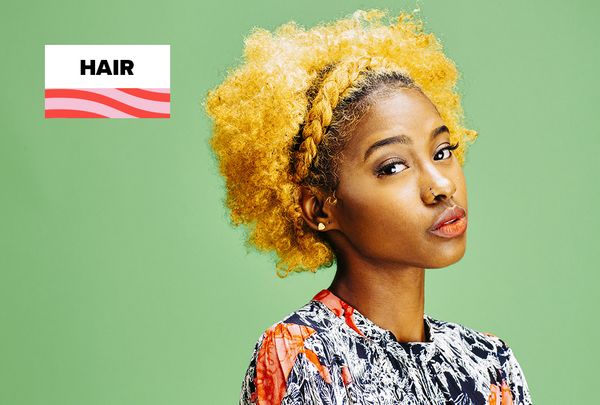 Straight, Neat and Black or Brown. Growing up, my hairstyles had to fit into those categories. Whether a straight style, box braids, or extensions, my hairstyles were a continuous rotation