Since the deaths of Geoge Floyd, Ahmad Arbery, and Breonna Taylor, all eyes have been on America. It has captured worldwide attention as it grapples with civil unrest amidst the chaos of a pandemic. While COVID-19 continues to ravage the United States, the fight for justice rages on. Protesters are putting their lives at risk to fight anti-Black racism, a battle that some believe ended with the Civil Rights Movement, but most Black people know never ended at all.

Black Canadians are particularly invested in what's happening in the US. As your neighbors to the North, we share many commonalities, and we've benefitted from a close relationship that's encapsulated everything from trade to travel. Many of us have friends and family in America, and we worry about their safety and well-being. From our vantage point, the US appears to be on the verge of imploding. When you consider America’s racially-charged history coupled with the current climate, that thought doesn't seem so outrageous. Black Americans have clearly reached a breaking point. Whether hard-fought efforts will bring about lasting reforms is still yet to be seen.

As Black Americans collectively stand up for change, they'll find Black Canadians are standing alongside them. Not only do we identify with the struggle, but we also echo the calls for changes within our own country.

I belong to a few mommy groups on social media, and not a week goes by without at least one member from the US asking about the racial climate in Canada. Some have recently moved or are considering moving to Canada to escape racism in America. They've heard Canada doesn't have racism, or it's not that bad, or it's a better place to raise Black children. In my opinion, while Canada is a good place to raise children, racism exists here too.

The Black population in Canada is small compared to the United States, but so is Canada's overall population. With approximately 40 million people in Canada, Black folks make up just over 3% of the population, about 1.2 million people. We're scattered across this vast land from British Columbia to Newfoundland, but most of us live in big cities like Toronto, Montreal, Ottawa, and Edmonton. Our backgrounds are diverse. Like the US, there are many Black Canadians with deep-seated roots in Canada; their ancestors arrived here during the Trans-Atlantic Slave Trade and helped build this nation. While some Black Canadians are new to this country, many arrived when immigration restrictions opened in the 1950s. We come from countries around the world with a dominating presence hailing from the Caribbean and Africa. Regardless of how or when we arrived, Black people have continuously contributed to Canada's development and heritage.

Like the US, Canada has a storied past with slavery, segregation, racism, and injustice. But, unlike America, blatant racism is often well hidden. Racism in Canada is like a dirty secret known only to both the aggressor and the victim. It rears its ugly head in the form of microaggressions, disproportionate incarcerations, lowered expectations and support within the education system, and discriminatory practices at work and within social environments.

We face the same socio-economic challenges and endure the same racial hostility and indignities that put our mental and physical health at risk. Systemic racism in Canada is real and pervasive, infiltrating all areas of life from job interviews to purchasing a home, and most Black Canadians have experienced racism in one form or another. Aside from our close physical proximity, these shared experiences have joined Black Canadians and Americans in a way that makes the current crisis happening in the US deeply personal to us. Issues like police reform and defunding, anti-Black racism, decolonizing education, justice system reform, and hate crimes are as relevant in our country as they are in the United States.

Within days of George Floyd's death, protestors hit the streets of cities all over Canada to march in solidarity and add their voices to the Black Lives Matter movement. But Black Canadians have been fighting against anti-Black racism and police violence in our own country for years. In 1969, the Sir George Williams riot at Concordia University brought national and international attention to racism in Canada. And in 1979, Albert Johnson's death at the hands of police galvanized the Black community in Toronto in a historic protest. Since those early years, Black Canadians have continued to protest injustice, demand systemic changes, and call attention to racist institutions and policies in Canada.

While not to the scale of the American experience, more recent police interactions that end in tragic deaths like those of Andrew Loku, D'Andre Campbell, Duane Christian, and Clive Mensah are becoming all too familiar. These incidents have fueled our call to action.

In the wake of the US crisis, I've spoken to many Black friends here who are distraught and traumatized over the deaths of Ahmaud Arbery, George Floyd, Breonna Taylor, Elijah McClain, and so many more. We feel your pain. Because the reality is, what's done to one of us, is done to all of us. In these heartbreaking stories, we can't help but see ourselves. We ask, "What if that was my son, my daughter, my brother, or my sister?" We know we are at the mercy of the same irrational prejudices and white supremacist ideologies that perceive us as threats.

In contrast, my non-Black friends seem to be seeing this crisis for the first time. They ask whether I've had personal experience with racism or seek enlightenment from me about how they can be allies. I was surprised they were unaware of the extent of anti-Black racism here and how they regarded it as a novel idea rather than something Black Canadians have been dealing with all along. But then I'm reminded of Canada's secret – discussion around racism often gets swept under the rug and usually isn't discussed amongst friendly company. Frequently, the topic of racism and personal incidences are met with defensiveness. Somehow it seemed incalculable that racism can and does happen here. Recently a white friend told me they've never seen any acts of racism.

I told her, "racism isn't' meant for you; it's meant for people who look like me. And the perpetrators make sure we see it."

These polar responses have shown me that the upheaval in the US has been a wake-up call for white Canadians as much as it has been a rallying cry for Black Canadians. America has always claimed a leadership role on the World stage. Those of us watching the racial crisis from a distance are waiting to see if the US will uphold that distinction and enact changes that bring about true equality, justice, and peace to Black Americans. We all have a vested interest in this fight and its outcomes. 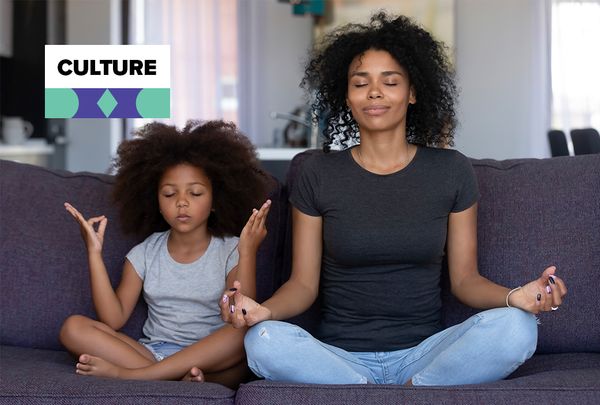 On a regular day, parenting is hard. But during a pandemic – especially one that brings mass uncertainty around options for childcare and school – it feels damn near impossible. These kids 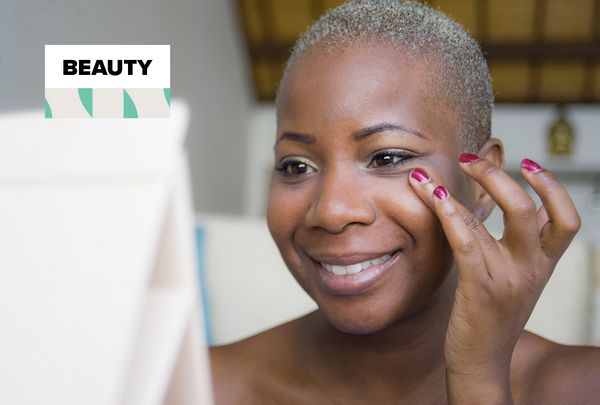 Most of us are pretty set in our ways when it comes to our beauty routine. Day after day, we go through the same process, with the same products, rinsing