Imagine walking into Target. You're in the market for a new foundation that doesn't break the bank, gives you flawless coverage, and won't leave you looking like Casper's cousin. You head to the beauty department and scan the shelves.  You check out the major makeup brands only to find a single cocoa-looking option. And even worse, it's called "Deep." Sigh. What does "deep" really mean? Were they trying to capture the essence of a black woman's soul? We ain't mad at that, but how are you supposed to know what it looks like on your skin tone? More importantly, why is there only one choice?

Enter Ofunne Amaka. Fed up with the lack of representation in the beauty aisles of major retail stores and the media, she decided to create a space dedicated to helping black women ease their frustrations at the beauty counter.

As a natural extension of her mega-popular Instagram page, Cocoa Swatches, Ofunne started an eponymous app allowing women of color to search for a particular makeup item and see what it looks like swatched on a skin tone similar to theirs.

Even she wasn't ready for the overwhelming response she received. The Cocoa Swatchs app was covered on major fashion and beauty outlets including Buzzfeed, Refinery29, The New York Times and now Real Beautiful! We sat down with Ofunne to chat about the journey to creating her app and where she's taking her business next.

Real Beautiful: What does being an entrepreneur mean to you?
Ofunne Amaka: Being an entrepreneur is something I have never dreamed I could be, but has been the most rewarding job I have ever experienced. It means late nights and early mornings, but it also means getting inspired and feeling fulfilled every single day.

RB: You launched your app while you were still a student. How did you balance school and developing your business?

OA: I am someone who likes to multi-task so whenever I needed a mental break from school, I worked on Cocoa Swatches. I was really passionate about the makeup industry, so it was more fun than anything else. It didn’t feel like a job.

RB: Cocoa Swatches started as an Instagram page that became super popular.  When did you realize this could become a successful app?

OA: I realized that it could become a successful app when I saw how many people were using the page to make their makeup purchasing decisions. I wanted to make it even easier for people to find the products they needed. That was when I decided to turn the Instagram page into a mobile application.

*![ofunne quote](https://ucarecdn.com/dd1f10a0-7436-4775-99d4-e15f200bd646/-/format/auto/-/quality/best/)*
**RB: How has starting Cocoa Swatches influenced how you view the beauty industry?**
** **
OA: Cocoa Swatches has helped to make me more aware of whats going on in the beauty industry. I [have more information about] trends, brand practices, new products, and the most popular influencers. Because I’m so submerged in the industry, I was able to recognize the gap that Cocoa Swatches fills. There are so many people who don’t see themselves represented by the beauty industry. Unfortunately, some of the issues of representation that arose years ago, still persist. There is still a lot of work to be done.
**RB: What advice do you have for women looking to start their own business but don’t have access to capital?**

OA: I would advise them to research resources that might be available to them for free or for a low cost. I started Cocoa Swatches as a passion project that was funded by my meager makeup collection and my coffee fueled determination. As we grew and I began to network with other entrepreneurs, I started to learn about organizations that exist just to help women of color grow their businesses. Companies like She Leads Africa and Blavity create content and webinars to help people learn how to make their ideas a reality. I won’t lie and say it won’t be a struggle, but it is definitely possible.

![Screen Shot 2016-06-14 at 5.29.44 PM](https://ucarecdn.com/43870485-7b58-46ed-9d78-051df504c831/-/format/auto/-/quality/best/)
*Cocoa Swatches Instagram*
**RB: What have been some of the challenges you’ve had launching your business that you wish you knew before you started?**
** **
OA: Some of the challenges that I wish I had known about mostly concern the legal and business side of things. I had a very clear vision of what I wanted Cocoa Swatches to be, however, I spent less time solidifying a business model, which makes things a bit difficult now. I also wish I started this business with a partner. I think that could have helped as well.
**RB: What’s next for you and Cocoa Swatches?**
** **
OA: Cocoa Swatches will continue to swatch the latest makeup products and work to make sure we represent various complexions with our original content. We are also working to establish more brand partnerships and create inspirational beauty-related content for our followers.
![ofunne her](https://ucarecdn.com/9ed1a684-1e77-490e-ba11-d488a97418eb/-/format/auto/-/quality/best/)

Ready for some cocoa goodness? Download the Cocoa Swatches app on Google Play and iTunes now!  To learn more--follow Ofunne Amaka and CocoaSwatches on Instagram. 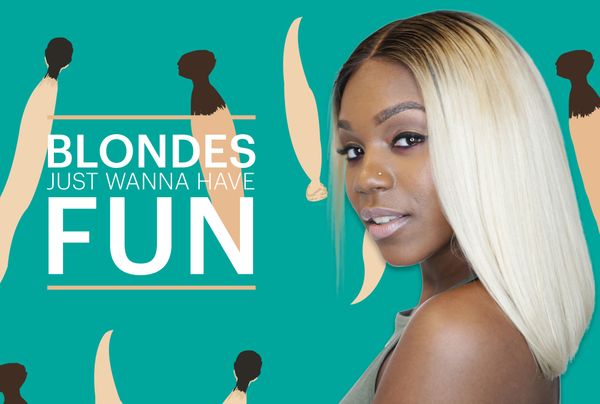 Rocking a weave means total hair freedom. You can be kinky curly [https://shop.mayvenn.com/blog/hair/how-to-take-care-of-kinky-curly-hair/] one day, bone straight the next, brunette on Tuesday and purple 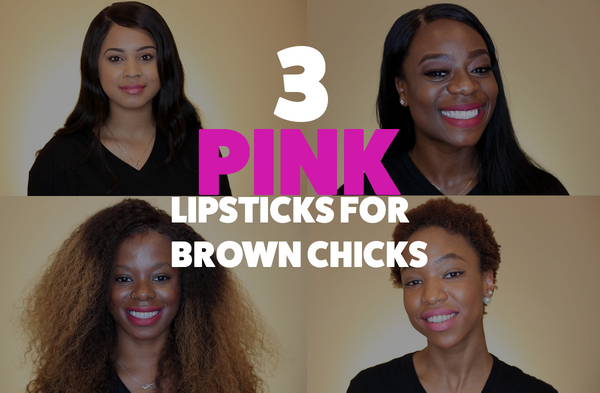 *Welcome to 'For Brown Chicks' - we collaborated with beauty app, Cocoa Swatches [http://www.cocoaswatches.com/], in our inaugural beauty series, where we swatch some of the most popular